To suppress free speech is a double wrong. It violates the rights of the hearer as well as those of the speaker. – Frederick Douglass

Amanpour asked: “Of course, ‘Lock her up’ was a feature of the 2016 Trump campaign. Do you in, retrospect, wish that people like yourself, the head of the FBI, the people in charge of law and order, had shut down that language, that it was dangerous potentially, that it could have created violence, that it kind of is hate speech?”

“Lock her up” was a chant aimed at Trump’s election rival, former Secretary of State Hillary Clinton.

“That’s not a role for government to play,” Comey replied. “The beauty of this country is people can say what they want, even if it’s misleading and it’s demagoguery.”

He continued: “The people should have shut it down were Republicans who understand the rule of law and the values that they claim to stand for. Shame on them, but it wasn’t a role for government to play.”

He is a political weasel.

Free speech, as enumerated in our country’s Constitution, is available for every citizen, not just the “smartest people in the room”, i.e., Modern American Liberals, such as those who run the Far Left Democratic Party and who appear on their Propaganda Arm, the Main Stream Media.

I’m tired of the all of the arrogance, tone deafness, and downright B.S. which the Democrats and all of their minions, including the MSM, have been throwing at both the president and us “Deplorables” for over two years.

To a struggling Middle Class 60-year old average American like myself, Donald J Trump, his actions, and the way that he has conducted himself since Inauguration Day is a much-appreciated breath of fresh air.

Here is this New York City Billionaire, handing over his companies to his kids, taking no salary, so that he can hold the hardest, most thankless job in the whole wide world, that of President of United States of America. A job which, by the way, he is refusing to take a salary for…unlike his predecessor.

He is trying to keep all of his Campaign Promises, despite having to do battle everyday with an uncooperative Democrat Majority in Congress, who refuse to accept the fact that there was no Russia Collusion nor obstruction on the part of President Trump, his staff, and his family.

Y’know, boys and girls, I have never seen a Political Ideology lose their collective shi…err…minds like the Far Left Liberals of the Democratic Party have.

I have never seen this many people show their backsides at the same time, since the streaking craze back when I was in high school in the 70s.

And, as I have chronicled before, some of these idiots who are attacking Trump on Social Media 24/7 from their Moms’ Basements are actually getting paid for it.

As exemplified by Ms. Amanpour, the “New Fascists” in the Democrat Hierarchy and the MSM cannot stand Trump’s MAGA Rallies and wish that they had never gotten started on the Presidential Campaign Trail.

The president continued them after he took office because he knew that the only way to be successful and to stay in touch with the public, was to be out among them, and speak to them honestly and directly, as one would speak to a friend.

Through the use of his MAGA Rallies, President Trump has bypassed the censorship and Liberal Propaganda of the Main Stream Media.

And that is why Christine Amanpour brought up shutting them down back during the campaign. 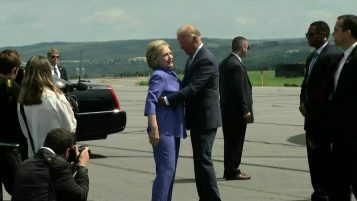 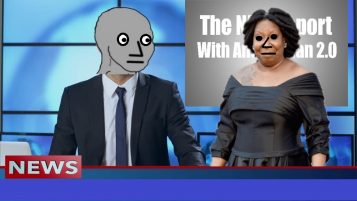