In a surprise announcement this morning, the unified forces of both the Democrat and Republican Parties stayed up well past midnight, unanimously passing 6,666 page legislation that repeals the “Free Speech” portion of the First Amendment, replacing it with the Safe Thoughts, Safe Speech Act clause. The measure quickly made it’s way through the Democrat-controlled House, where Speaker Nancy Pelosi celebrated by saying how proud she was to see such sensible, life-saving legislation sail through her part of the government: “Imma very prooooud of the uh…the uh…um…law we’ve added to the Declaration of Independence today,” the Speaker was quoted, slurring her words slightly as she tends to do. “Noooow it’s up to um…Prez…President Bush to do the right thing and sign this without reading it, so weeee cun find out what’s innn it,” she ended with a hiccup before yelling at an aide to bring her another gin & tonic.

When asked about an 11th hour provision that was slipped into the bill to allow anyone registered as a member of the Democrat party to continue to post memes freely and safely, the Speaker looked into the distance with a look of bewilderment, mumbled something about the Iraq War and stumbled off of the stage with a smile on her face.

Then, the all-star line-up of freshman Democrat Congresspersons took to the microphone to laud praises on the new law. “I have evidence that Putin is against this legislation, which I will bring to light at a later date,” proclaimed Rep. Adam Schiff (D-BS), followed by a smirking Alexandria Cortez (D-NY) “Me-mes are delicious, I like the brown ones the best, but they produce a lot of cow farts, which are proven, without a doubt, to cause planet killing climate change.” Ms. Cortez was followed by Illhan Omar (D-Allah) who, with her brother-husband proudly looking on, went on an hour long tirade about how “the Jews” were responsible for creating memes in the first place.

The legislation also passed through the Senate on a 95-5 vote, with bipartisan senators slapping each other on the backs and smiles all around. Democrats simply cheered as the free speech rights of Americans were safely curtailed with sensible control measures, while Republicans rushed to any near microphone, on or off, to praise themselves on their courageous vote. “We’ve reached across the aisle, something that our beloved friend John would have wanted,” Senator Mitt Romney (UT) was quoted as saying, while brushing aside a tear. “Memes…memes are not who we are. They have no place in a moral America, and I’m proud to be supporting this truly American legislation, as it is exactly the kind of forward-thinking safety that my constituents in Boston want.” 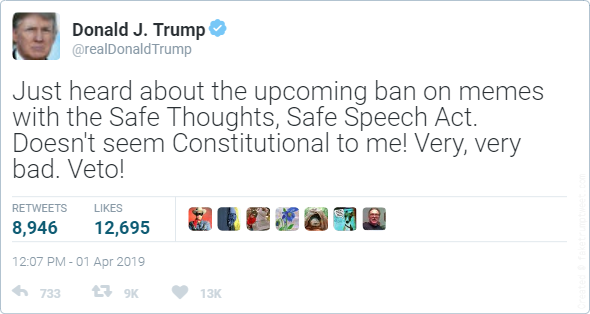 In a haunting replication of the budget battles seen under the Paul Ryan Congress, President Trump, a decorated general and beneficiary of the Great Meme War of 2016, railed against the legislation on Twitter, only to sign it into law a few hours later. “Look, it’s a bad law,” he said in a brief Q&A session in the Oval Office. “I don’t like it, I really don’t like it. But Mitch assured me that it’s not so bad, and they would override my veto anyways, so I figure, whatever. We’re looking into what executive actions can be taken, we’re looking very, very closely.” 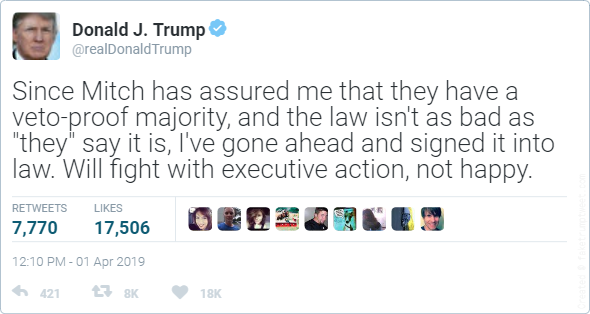 And so my friends, this is the end. Let’s be rebels and illegally share some light-hearted humor, one last time. This one in particular already loses it’s significance. :/ 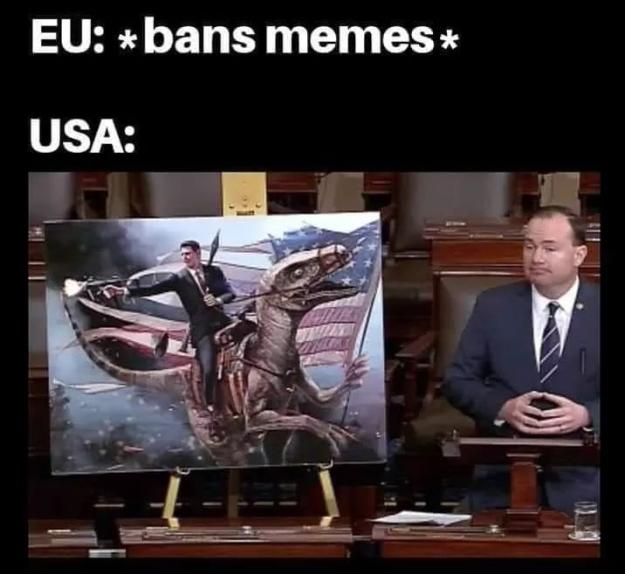 “You can grab ’em by the diaper and the best part is, they won’t tell nobody! I do it on trains all the time.”

Say what you will about Ol’ Wandering Hands Joe, he certainly doesn’t discriminate…much 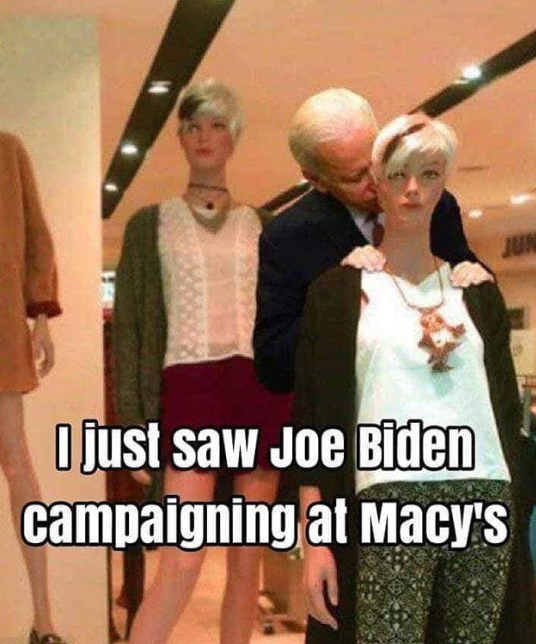 Now this would be hilarious: And older one, but it still checks out 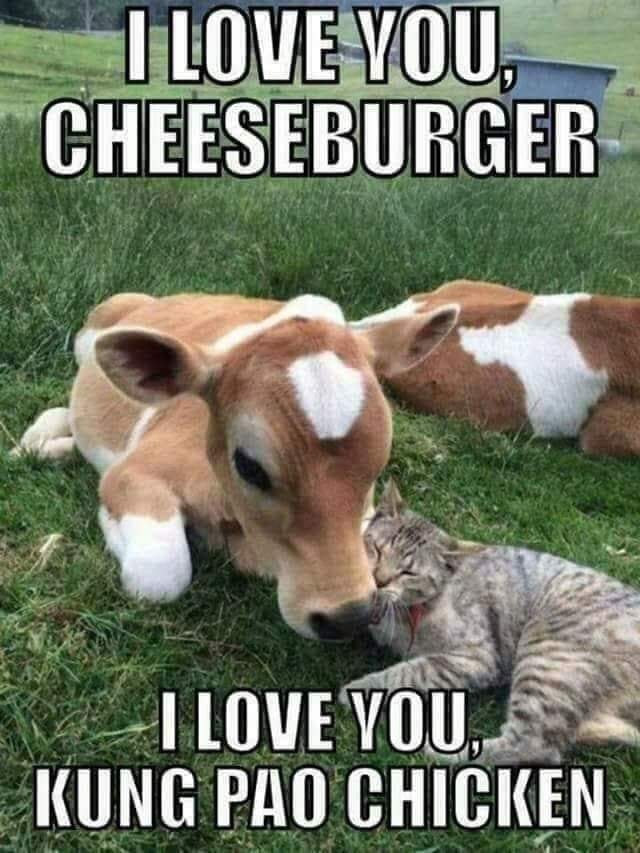 Another caution for our coming robot overlords. Perhaps THEY are the ones who are really behind the new law: 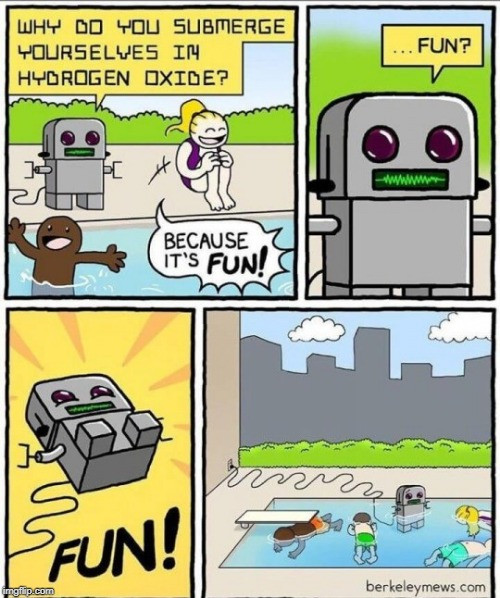 The spiciest curry of all: Not one for the kids, but Disney can rest easy now that we can’t poke fun at them anymore. All hail Eisner! 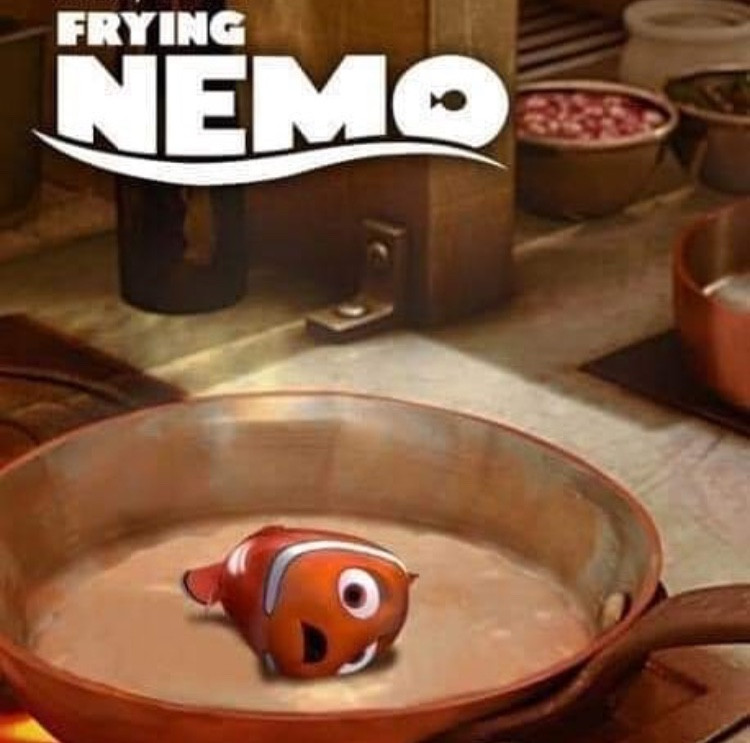 Cheer up there,FemiNazis. At least it’ll be your garbage: 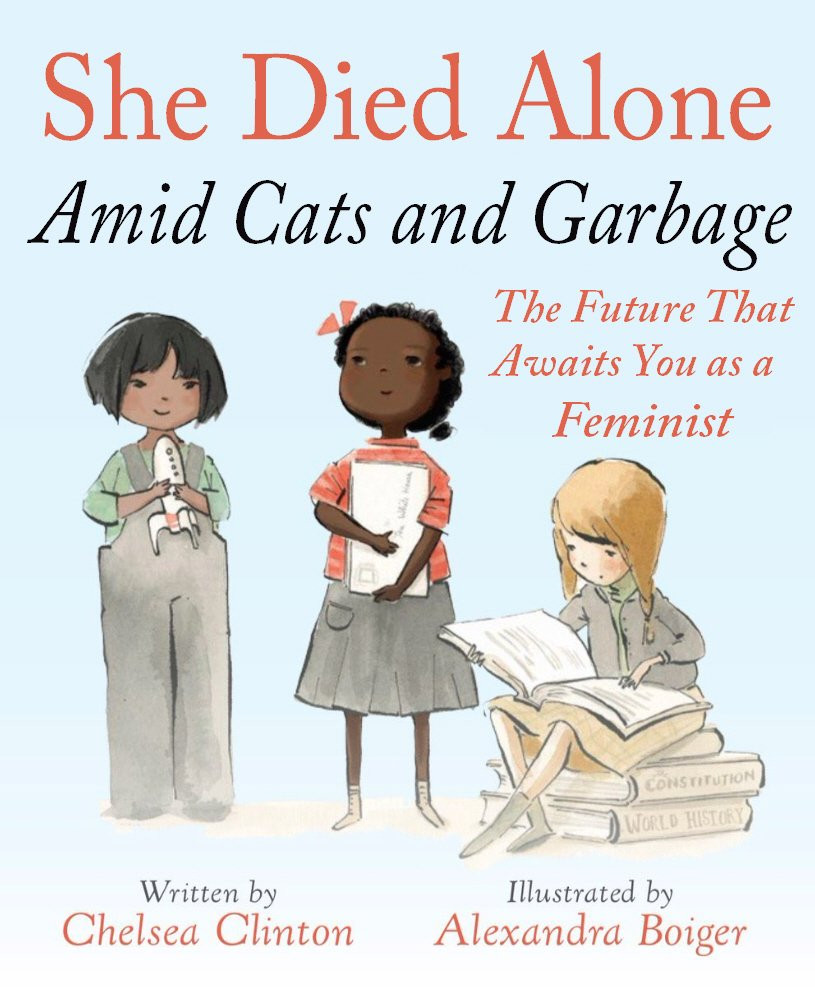 When wolves are smarter than coyotes… 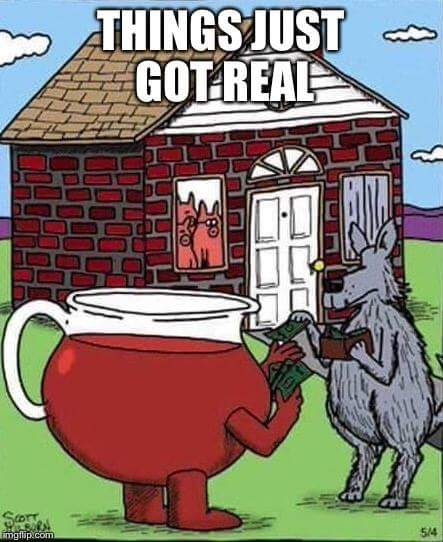 I’m sure that this will upset someone, somewhere, so in it goes: 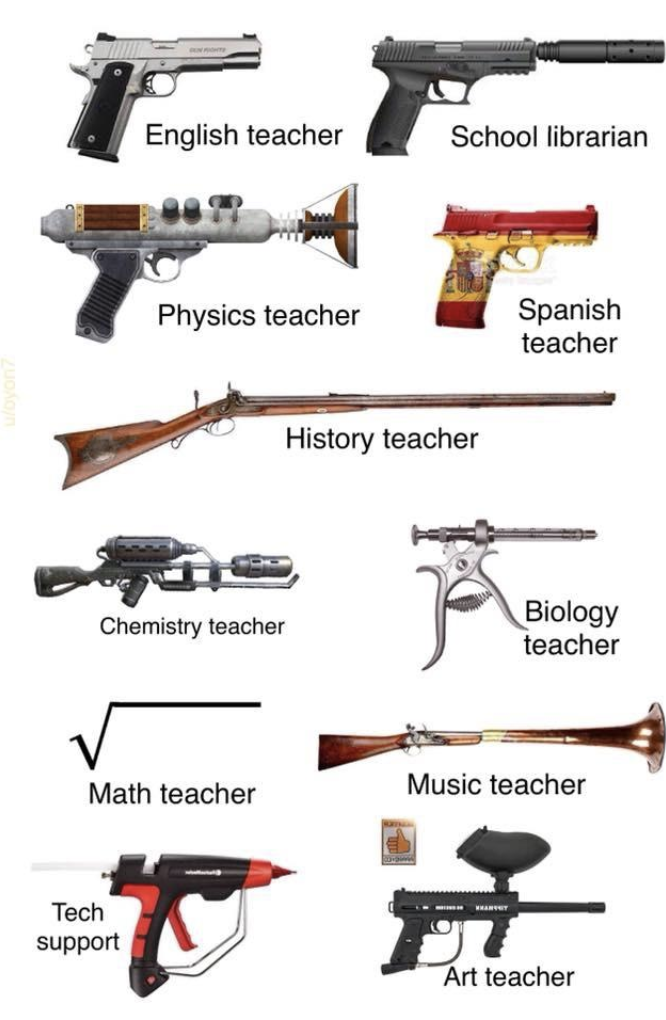 And BTW, if you believed the story above, just something to keep in mind: