Biden is currently in the lead among the 2020 Democrat candidates:

Former Vice President Joe Biden holds a double-digit lead over the rest of the 2020 Democratic field in a new poll released Thursday.

In the Quinnipiac University poll, Biden heads the pack with the support of 29 percent of registered Democrats and voters who lean to the left, while Sen. Bernie Sanders (I-Vt.) holds a second-place ranking with the backing of 19 percent of those surveyed.

Former Rep. Beto O’Rourke (D-Texas), who announced his bid for the presidency this month following his defeat to Sen. Ted Cruz (R-Texas) in November’s midterm elections, sits in third place in the poll with 12 percent, while Sen. Kamala Harris (D-Calif.) is in fourth with the support of 8 percent of respondents.

Meanwhile, South Bend, Ind., Mayor Pete Buttigieg (D) has surged in the polls since the announcement of his exploratory committee and was tied for fifth place with Sen. Elizabeth Warren (D-Mass.), each earning the support of 4 percent of voters.

Right now, Biden is in the lead mostly due to name recognition and his association with the Obama administration, which most Democrats still remember fondly. That sets him up to be the frontrunner.

However, there have not been any serious attacks on Biden yet. Biden has not announced his plans to run for the presidency, and so far the media has waiting to attack candidates until they declare. Attacks on Beto O’Rourke and Tulsi Gabbard both started a few hours after they both announced. Some speculate Biden could announce his run around Easter.

I am highly skeptical that Biden will be able to maintain his frontrunner status for long. I expect the feminists will tear him to pieces the moment he announces. I think Biden is going to be the “Jeb Bush” of this race and I doubt he has the agility or fortitude to handle the attacks on him from the far left that are definitely going to be coming. I also doubt the Obamas will support him.

I remain convinced at this time the Democrat candidate in 2020 will be Kamala Harris, in spite of her current seemingly weak position in the polls. The media is going to crush most of her opponents for her. The attacks on Gabbard and Beto O’Rourke are nasty and not letting up, and I expect their numbers will get dragged down and down. 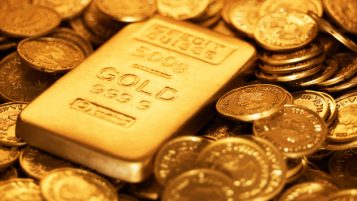