As Saul Alinsky once said, a good tactic is one your people enjoy. Conservatives are really going to enjoy Trump’s ramping up of his war on the press:

“We’re now trying to prove who did it,” Giuliani said. “The premise is, somebody had to have started the ‘He colluded with the Russians’” narrative. (Never mind that Trump’s posture toward the Kremlin has long been strange.) Asked whether the president himself wants an investigation to examine this question, Giuliani said, “Goddamn right he [does]. This is not ‘Oh, gee, it’s over, let’s forget about it.’”

Trump allies see Barr’s letter as a kind of Swiss Army knife—a tool useful in all kinds of situations. Not only is it exculpatory, they say, but it also implicitly rebukes the press for its coverage of the Russia investigation, inoculating Trump from any future scandal that reporters might unearth. According to a source familiar with internal discussions at the Republican National Committee and the pro-Trump super PAC America First, both organizations are “geared up for any nonsense to come.”

They’re already prepared to attack reporters. “Any reporter who tries that will be hit with 30-second spots of all their ridiculous claims about collusion,” said the source, who, like others interviewed for this story, requested anonymity to describe private conversations. “Their tweets have all been screencapped. It’s all ready to go.” (“It’s the same thing we’ve been doing the last two years. We’re going to hold the media accountable when we see fit,” an RNC official clarified, adding that this would include digital clips shared on social media.)

Earlier this week, Trump’s campaign previewed the in-your-face tactics they have in mind. A campaign official sent a letter to TV producers cautioning them against booking certain guests who had alleged that Trump colluded with Russia, including Democratic Senator Richard Blumenthal of Connecticut, Democratic Representative Adam Schiff of California, and Democratic National Committee Chairman Tom Perez.

Most of the rest of the Atlantic article is trash, and oscillates between whining that Trump hasn’t really been exonerated and talking about how anxious the GOP is about the use of these tactics.

However, if Trump wants to be president in 2020, he is going to have to use these tactics. The GOP base is seething with fury over years of vicious abuse and slander from the press – every day, scores of articles attacking conservatives as racist Nazis are spewed out in the international press, and Facebook, Google and Twitter make a sport of censoring, banning, hiding, and deleting conservative content, often smearing it as hate speech.

Conservatives are in the mood for a fight, and Trump senses this and is going to give them one. There is no organization in the country hated more by conservatives than the media. Trump has a very good ability to read the national mood, in comparison with his opponents who often run against the interests of the populace and expect to win votes anyway. 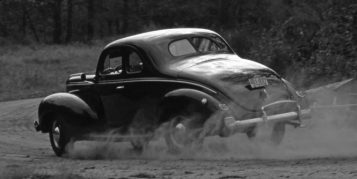