So what happened to Peechmint?

I was assured the very Foundations of The Republic rested on The Peechmint of The Bad Orange Man.

The Federalist is On the Case:

The Democratic National Convention (DNC) came and went, and with it went impeachment. Surely this wasn’t the case. After years of dominating the conversation and occupying the entirety of a large group of people’s headspace, suddenly it didn’t matter anymore? Has it really vanished, never to be seen again?

In explaining why impeachment wasn’t mentioned at the DNC, Democratic pollster Anna Greenberg said — or maybe “said” — “Who is Keyser Soze? He is supposed to be Turkish. Some say his father was German. Nobody believed he was real. Nobody ever saw him or knew anybody that ever worked directly for him, but to hear Kobayashi tell it, anybody could have worked for Soze. You never knew. That was his power. The greatest trick the Devil ever pulled was convincing the world he didn’t exist. And like that, poof. He’s gone.”

Sorry, that wasn’t Greenberg, but Verbal Kint in 1995’s “The Usual Suspects,” a much shorter and more entertaining film about shadowy figures manipulating people for power. What Greenberg actually said was, “Voters literally didn’t care about and forgot about impeachment the day after the vote. Democrats favored it but didn’t think it would accomplish anything.”

For those of you who have seen The Usual Suspects, enjoy. 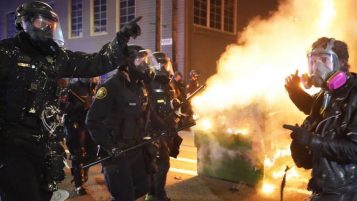