Much has been said, and/or propagandized about recently concerning how natives of the Middle East view America and its President.

Make no mistake – the Kurds love us, hate Turkey and Iran, are largely scornful of the Arabs in Baghdad and – in repeating iterations of their perceptions of the Democrat Party in America…it goes something like this:

Why do the Kurds love America? And Republicans?

We protected them when Saddam was trying to exterminate them back in the 80s.

Why do they love Trump?

A little-known fact that has not been reported – at all – in the Western dip shit media, is that the Trump administration (quietly) paid – some 10 months or so ago – the Peshmerga’s outstanding salaries!

That’s right. The American taxpayer ponied up, and about 100 million dollars was disbursed to the Peshmerga to pay the greenbacks that had not been forthcoming from the dip shit Arabs in Baghdad.

The Kurds aren’t stupid. This money was badly needed and was greatly appreciated. (A side note that may be interesting to economists and other, sundry pundits is that my salary is paid – tax free – in AMERICAN 100 DOLLAR NOTES. The entire economy runs on Benjamins, and so, logically, Iran hasn’t a chance to rule this land).

If for this reason and no other, (paying soldiers’ families) the Kurds love us and Trump. Never mind that they really like me as their university professor…but it helps.

Call me soft, call me “going native”, but even the Muslims treat me like a king here and America is their ‘Godsend’ and Trump is their Demigod. 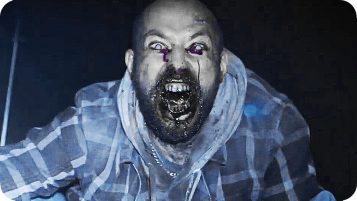