It’s been no secret for the last couple years that the liberal leftist authoritarians that control the Democrat party as well as the mainstream media practice double standards when it comes to President Donald Trump.

On April 12, 2019, we were gift-wrapped another example of the kind of double standards that liberal leftist authoritarians hold towards Donald Trump.

On the morning of April 12, Trump tweeted out the following over the span of two tweets:

“Due to the fact that Democrats are unwilling to change our very dangerous immigration laws, we are indeed, as reported, giving strong considerations to placing Illegal Immigrants in Sanctuary Cities only….

….The Radical Left always seems to have an Open Borders, Open Arms policy –so this should make them very happy!” 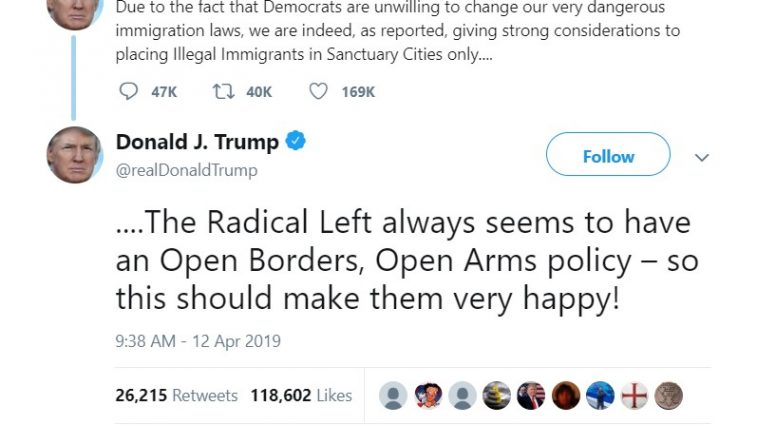 Later that day, Breitbart put out an article titled Pelosi: Trump’s Sanctuary City Proposal Is ‘Unworthy of the Presidency of the United States’, where we found House Speaker Nancy Pelosi saying the following:

Pelosi said, ‘I do not know anything about it, but again, it is another notion that is unworthy of the presidency of the United States and the disrespect for the challenges we face as a country and people to address who we are, a nation of immigrants.’”

Apparently Nancy Pelosi thinks we have really bad memories.  In a Breitbart article titled Pelosi: Sanctuary Cities Make Us ‘Safer,’ ‘Not Disobeying the Law’ –‘These Are Law-Abiding Citizens’ that was posted on January 31,2017, we find Nancy Pelosi saying the following:

“During a town hall on CNN on Tuesday, House Minority Leader Representative Nancy Pelosi (D-CA) argued that sanctuary city policies make us’safer,’ and ‘in our sanctuary cities, our people are not disobeying the law. These are law-abiding citizens, it enables them to be there without being reported to ICE in case of another crime that they might bear witness to.’

Pelosi said, ‘San Francisco is a sanctuary city. And we see it as the a place where it makes us safer. It makes us safer, because people can go to school. They can get driver’s licenses. They can be witnesses against other violence that they see in the community. Whereas if they came forward to profess that, they’d have to be taken up by ICE. We don’t think that we should make our police officers immigration officers.’”

Why the double-speak, Nancy?

Of course, we all know the reason for the double-speak.  Aside from the fact that illegal aliens are not law-abiding citizens because they all broke the law by entering the country illegally, the democrat party embraces their open border policy because they are able to get most of these illegal aliens to vote democrat in elections, which in turn helps them to maintain their political power.

This is also why the Democrat party wants to abolish the Electoral College and allow the popular vote to decide who gets to be President of the USA; by importing obscene amounts of illegal aliens to vote democrat,the Democrat party would never lose a presidential election in a popular vote system because they’ll just keep importing as many illegal aliens as they need to maintain their power.

If you don’t want to live under a liberal leftist authoritarian dictatorship in the United States of America, then it is up to us to vote these sick, depraved, power-hungry control freaks out of office in future elections. 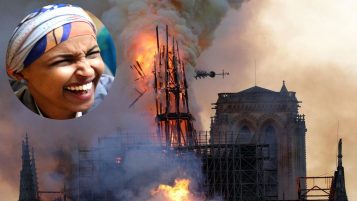