(This is the third in a series of articles on the New Green Deal. The first and second articles can be found here and here.)

The very first goal of the New Green Deal is the end of the use of Oil and Fossil Fuels. This goal requires that “renewable” sources of energy take the place of oil and fossil fuels.

Oil and other fossil fuels (natural gas and coal) affect every part of American life. Fossil fuels used for the production of products all around us. Those products cannot be replicated without the use of fossil fuels. There are over 100 different categories of products that use fossil fuels in their production. Uses include:

If the advocates of the New Green Deal have their way, what does the elimination of oil mean for the country?

Gas and diesel fuels are the “life blood” of the country. To eliminate these fuels would impose draconian life style changes.

Almost all transportation forms in America are dependent upon products made from oil. To eliminate oil, there is no replacement available to substitute for what oil provides.

The most obvious casualty of stopping oil usage is the auto. Eliminate oil and it becomes impossible to drive most cars on the road today. Under the GND, the auto becomes junk.

Advocates for the NGD will try to argue that electric cars or fuel cell cars will replace the internal combustion engine but that is pure bunk. Almost all electricity in the country is generated through fossil fuel generating plants or nuclear plants of which all will be banned under the NGD. What is left for electrical generation would be wind, solar or geothermal sources, each of which have practical limitations restricting the amount of electricity generated.

Also, it is not just the engines that rely upon oil. Virtually every part in an auto uses some form of oil in its manufacturing, whether it be the plastics or the fabrics. Even the glass and the metal uses electricity which is produced from fossil fuels. (Even the battery casing is made from plastic, an oil based product.) There is simply no way to produce or drive autos without oil.

If the NGD eliminates autos, then buses, trucks and planes are eliminated also. Planes cannot fly without the JP fuel from oil. Electricity powering their engines? Ain’t gonna happen. (Not to mention that plastics, etc, in the manufacture of the planes.)

Trucks for transporting goods and food to market cannot operate without the diesel derived from oil. Electricity cannot power the engines to move the trucks. Same with trains for more than a few exceptional circumstances where

Though there are about 100 fuel cell buses in use around the world, in general buses suffer the same limitations as do the other forms of transportation.

Without oil, there is no air travel, trains or long distance bus travel. There is no ability to get food to market except from local growers. Durable and non-durable goods suffer the same fates.

Urban and suburban areas will feel the full effects of the loss of fuel for transportation. With no food coming into the areas, the cities will almost overnight become hell holes of anger, violence and riots.

Even if food issues can be averted, there are other issues that come into play. How do people get to work? Bicycles? Walk? Not possible in today’s society of urban and suburban localities and demographics.

There will be some who argue that we can covert to forms of electricity generated by renewable sources for transportation and personal needs instead of fossil fuel plants, but let’s look at the facts. 83% of all electricity used comes from either fossil fuel plants or nuclear plants, both of which would be banned under the NGD. 17% of our electricity used comes from renewable energy forms, geothermal, wind or solar. But it is just not possible to supply our homes and cars with just these types of energy.

Wind power is also restricted by the physical needs of wind turbines. Each 262 foot rotor on the turbine would need separation from other turbines of more than 1/3rd for reasonable effectiveness. Producing just one megawatt of power from wind turbines would require 10,000 acres or more of land just for the turbines.

Solar power suffers from similar restrictions. A one megawatt solar power plant, powering about 164 homes on average, would require about 2.5 acres, and with the additional equipment needed to operate the plant, about 4 acres.

Geothermal electricity is the next available option. Theoretically, geothermal power could supply all of our energy needs, but geothermal has its own problems.

Geothermal power can only be exploited in a few areas in the country. For geothermal to work, the wells are able to be drilled no more than 6 kilometers into the ground with available technology. Drilling the needed wells are time consuming and expensive, and the wells may not provide the steam needed for long periods of time.

Plus, as has been found at The Geyser’s Geothermal plant north of Santa Rosa Ca, geothermal power being taken from the underground sources repeatedly cause mini-earthquakes. Geothermal energy also gives off Greenhouse Gases, though in far less amounts than fossil fuel usage.

That leaves us with hydro-electric power, otherwise known as dams. Many parts of the country does get their electricity from dams.

Hydro-electric plants do have significant advantages. Some of them are:

This sound like the idea solution to meet electricity needs, but not so fast. Dams can only supply electricity to replace fossil fuel plants. They cannot supply the other products that come from oil, especially fuels for transportation.

The other problem with power dams are the environmentalists. They oppose the building of dams because the dams endanger worthless fish like the snail darter or the Delta smelt. Dams will be fought with every fiber of their bodies.

If the New Green Deal passes, then American will quickly become a rural agrarian society again. People will die from the first disruptive actions, then the cities will quickly become shells of themselves. Life styles will revert back to the early 1900’s, if not earlier. Is this what we really want?

There are many progressive environmentalists who promote a “sustainable” population of no more than 500 million population for the earth. They also advocate a return to a simpler life and ending the use of our modern day conveniences. Is the New Green Deal actually a program to covertly achieve their goals? 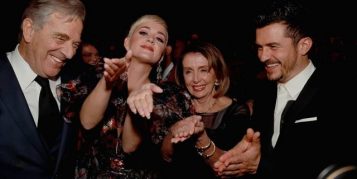