Bet you haven’t heard this on TV.

The Editorial Board of the Washington Post, one of the most anti-Trump print outlets on the planet over the past two years, has called for Democrats to abandon their “resist” obstinance and to negotiate with President Trump in order to resolve the month-long border security / government shutdown impasse.

The Post naturally, spends a few paragraphs on generic “orange man bad” boilerplate before getting to the point of the editorial.

The money quote then follows:

“Mr. Trump’s offer should be welcomed but not accepted as the final word. There should be room to talk about the amount of money; how border security will be defined and enhanced; which categories of dreamers and TPS beneficiaries are covered; what their legal status will be, and for how long. But to refuse even to talk until the government reopens does no favors to sidelined federal workers and contractors.

Unquestionably a deal would contain galling elements for both sides; that’s the nature of compromise. But a measure of statesmanship for a member of Congress now is the ability to accept some disappointments, and shrug off the inevitable attacks from purists, if it means rescuing the lives of thousands of deserving people living among us.”

Not surprising, so far the Democrats appearing in public have thus far ignored the advice of The Post Editorial Board, and continue to insist that President Trump must first reopen the government, and only then could any border negotiations take place.

Of note to me, however, were the appearances by two House Democrats on Fox News over the last twenty four hours.  In both cases, the Dem leaders still demanded government be reopened before negotiations.

However, they also both raised a specific objection to the border / shutdown impasse proposed by President Trump.

Effectively, they were negotiating on television, and in doing so may have provided an opening for Trump to further press the Democrats.

First came Rep. James Clyburn (D-SC), appearing on Fox on Sunday, who criticized the Trump proposal as unacceptable because it offered a “permanent wall in exchange for temporary protections (of DACA recipients)”.

Today, this Democrat talking point was repeated by Rep. Dan Kildee (D-MI), who also appeared on Fox and complained about the “permanence” of the wall, and the “temporary” nature of the DACA protections contained in the Trump proposal, suggesting at least that more permanent protections might be acceptable.

I previously wrote here on Sparta about the Trump proposal on DACA in his recent address, and pointed out that the three year temporary DACA and TPS extensions essentially mirrored the language of the BRIDGE Act, which was co-sponsored by Sen. Dick Durbin (D-IL).

For reference, here is that article:

Contained within that article is a link to a good synopsis of the differences between the BRIDGE Act and the DREAM Act, and I will provide it again here:

This leads me to pose the rather obvious exit question(s):

Is there an opportunity to offer DREAM Act protections (permanent DACA protections) in exchange for fence funding?

Would the Democrats accept such an offer? 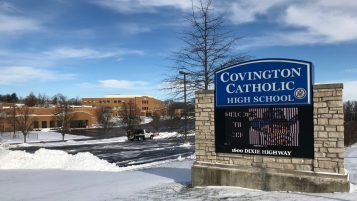