Friday’s Big News was President Trump’s supposed cave on the Government Shutdown. Doomers and the Right are panning the decision, screaming “all is lost” and that Trump is a failure. Let’s take a quick look at his “cave.”

The Government Shutdown as of Friday was 35 days long. Over 800,000 government workers were idled, while accruing pay that will be paid upon their returning to work when the shutdown was over. But the workers had been living off of savings, what little they had. The savings were running out or had run out, so they were in a “financial crunch and liquidity crisis.” (For those who say tough luck because federal workers earn so much, I say “just look at the costs of living in DC and the surrounding areas.” It is not cheap at all.”

The optics of the “broke workers” were starting to be shown by the media. People taking second low paying jobs, selling personal items just to get by, and having to take out personal loans were being publicized. This worked against the President and in favor of Pelosi and the Dems.

Airport security and waiting lines were also being affected. TSA employees (and I don’t care what you think about TSA personally, it is something we have to live with) left on the job were unable to keep up with security screening and air traffic controllers were being affected in their own performances.

Public opinion was beginning to turn against President Trump. He was getting all the blame, even though Pelosi and Schumer were unwilling to work with him. Something had to be done.

President Trump, the Republicans and the Democrats negotiated a deal that would reopen the government for three weeks, until February 15. It was a Continuing Resolution and did nothing about the Border Wall. This would allow time for President Trump, the Republicans and the Democrats to try and resolve the issues regarding funding for a Border Wall and new funds to keep the government open after Feb 15.

Now there is a huge cry out against President Trump for giving in to the Democrats. He is a failure and does not deserve a second term per the Core Conservative groups. All is lost and Doom is the word of the day.

People, it is time to look at what has happened from a different perspective. President Trump has changed the story line and the optics of the narrative spread by the media and the Democrats.

The government is reopening and the federal workers are beginning to return to work. This takes away a big optical problem going against him.

More important, by reopening the government with the condition that there will be talks toward resolving the Border Crisis, Trump has put the Democrats between a rock and a hard place. Pelosi and Schumer must now begin to negotiate in good faith about the Border Wall. Will they do it? Not likely.

Come Feb 15, we will know whether the Democrats are negotiating in good faith. If nothing has changed, then President Trump finds himself in a superior position. Trump can go before the people and declare a National Emergency and begin building the Border Wall, whether he shuts down the government again or not.  His excuse? Pelosi and the Democrats reneged on their promise to negotiate in good faith. The media and Democrats will complain, but they will be empty complaints. President Trump will have the upper hand.

And that is a Cuck’s perspective on President Trump reopening the government. 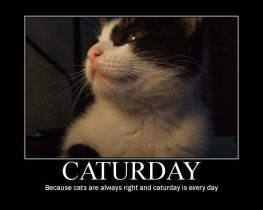