It’s time to relax and take in some memes, humorous art that elites and politicians alike just despise. Most borrowed from the meme land of Gab.

When certain “conservatives” (cough*Bill Mitchell*hack*Ben Shapiro*cough*wheeze) need to show us on the doll where the mean Constitution hurt them:

Becoming a Leftist should have a disclaimer that you’ll be working with cognitive dissonance every day:

But if the parties had been reversed, you know what would have happened:

Be sure to ask the right questions at the Dr.’s office When the whole “but she’s hawt” excuse wears off on Tulsi:

Who better to overplay the race card than the fake Indian who road on a race lie for years and years?

I always thought of Duff Beer when I heard of Hillary Duff:

Just another day on campus: 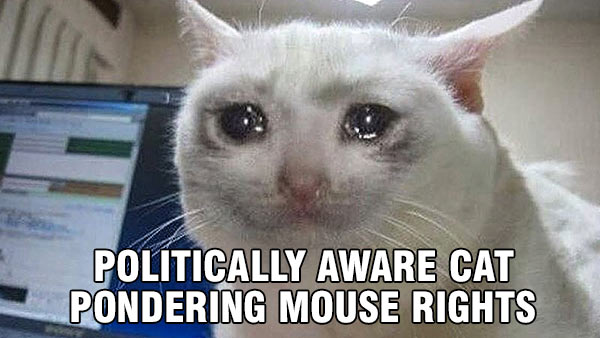 Applies to site commenting too. No pressure or anything! 😀

All right, let’s see what you’ve got