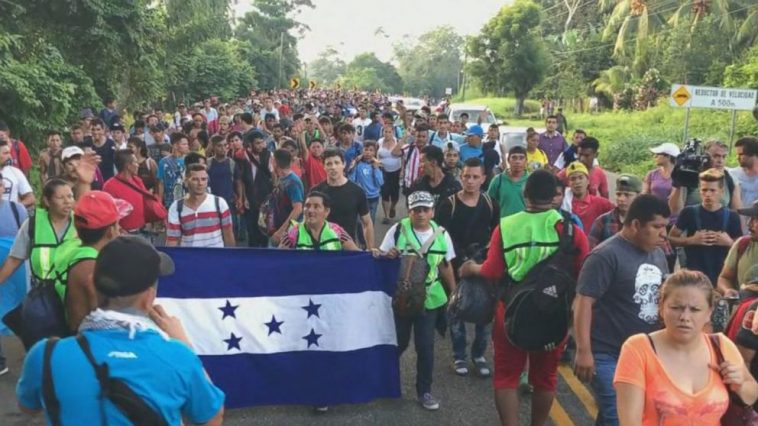 President Donald Trump revealed in a late Friday morning tweet storm that unless Mexico immediately and completely end all illegal immigration into the United States, he plans to close down the border, or large sections of the border, next week.

While Fox News’ morning show Fox & Friends warned of a “Mother of All Caravans” gathering in the coming days, illegal immigration appears to have risen back to the top of the list of issues the White House is eager to talk about.

The DEMOCRATS have given us the weakest immigration laws anywhere in the World. Mexico has the strongest, & they make more than $100 Billion a year on the U.S. Therefore, CONGRESS MUST CHANGE OUR WEAK IMMIGRATION LAWS NOW, & Mexico must stop illegals from entering the U.S….

….through their country and our Southern Border. Mexico has for many years made a fortune off of the U.S., far greater than Border Costs. If Mexico doesn’t immediately stop ALL illegal immigration coming into the United States throug our Southern Border, I will be CLOSING…..

….the Border, or large sections of the Border, next week. This would be so easy for Mexico to do, but they just take our money and “talk.” Besides, we lose so much money with them, especially when you add in drug trafficking etc.), that the Border closing would be a good thing!

It’s not clear what the exact meaning of this presidential fiat means, as Mexico cannot literally be held accountable to ALL illegal immigration coming into the United States — southern border or not — though Trump is certainly talking about undocumented migrants crossing the U.S.-Mexico border.

President Trump took a significant political hit just a few months ago when he effectively shut down the government over the lack of funding he requested for building a border wall. Since then he has declared a national emergency to release his much-desired funds, though practically speaking, that effort has not been effective as it tied up in legislative and legal delays.

Meanwhile, according to apnews.com,

Mexico is bracing for the possible arrival of the “mother of all caravans,” even as doubts arise over whether the group of Central American migrants will be all that big.Interior Secretary Olga Sanchez Cordero has said a caravan of migrants from El Salvador, Honduras and Guatemala could be forming.

“We have information that a new caravan is forming in Honduras, that they’re calling ‘the mother of all caravans,’ and they are thinking it could have more than 20,000 people,” Sanchez Cordero said Wednesday.

But a WhatsApp group calling for people to gather Saturday in El Salvador to set off for Guatemala only has about 206 members.

Activist Irineo Mujica, who has accompanied several caravans in Mexico, said reports about “the mother of all caravans” were false, claiming “this is information that (U.S. Homeland Security Secretary Kirstjen) Nielsen is using to create fear.”

His group, Pueblo Sin Fronteras, said in a statement there was no evidence the new caravan would be that large, noting “there has never been a caravan of the size that Sanchez Cordero mentioned.” Indeed, past caravans hit very serious logistical hurdles at 7,000-strong.

He and others suspect the administration of President Donald Trump may be trying to fan fears of a big caravan to turn the U.S. national agenda back to the immigration issue.

Honduran activist Bartolo Fuentes, who accompanied a large caravan last year, dismissed the new reports as “part of the U.S. government’s plans, something made up to justify their actions.”

Later Thursday, Honduras’ deputy foreign minister, Nelly Jerez, denied that a “mother of all caravans” was forming in her country.

“There is no indication of such a caravan,” Jerez said. “This type of information promotes that people leave the country.”

A caravan of about 2,500 Central Americans and Cubans is currently making its way through Mexico’s southern state of Chiapas. The largest of last year’s caravans in Mexico contained about 7,000 people at its peak, though some estimates ran as high as 10,000 at some points.

Mexico appears to be both tiring of the caravans and eager not to anger the United States. It has stopped granting migrants humanitarian visas at the border, and towns along the well-traveled route to Mexico City sometimes no longer allow caravans to spend the night.

Well…if that is the case, I guess that our Sovereign Nation has nothing to worry about, huh?

Don’t bet your life on it.

OneNewsNow.com reported the following in an article posted on May 1, 2018,

What makes these incoming caravans from Latin America and those who are already here illegally exempt from the rules and regulations that every other generation of immigrants to this country had to abide by in order to become legal citizens of the greatest nation in the world?

By attempting to use our own benevolence against us, they seek to bypass the rules and regulations which immigrants before them have followed in order to become productive American Citizens.

Finally, we have an United States President with a backbone and a willingness to defend our Sovereign Nation from invaders (yeah, I said it) who wish to “radically change” it.

Both the deployment of our military to the Southern Border and the use of tear gas to repel the invaders yesterday were a justifiable actions taken by President Trump in order to protect our sovereignty.

Remember, as the above article shows, the group taking credit for the caravans, Pueblo Sin Fronteras, is funded by George Soros’ Open Society Foundation.

Enemies Foreign and Domestic working together to “radically change” America.

Even as I write this, those who have entered illegally before these caravans are in our hospitals, taking advantage of our charity and the finest health care system in the world, and driving our streets, with either forged drivers licenses or those obtained from states who have acquiesced and given them to these “undocumented workers”.

Stopping this “Breaking and Entering” at our Southern Border is in no way a human rights issue.

America became a great nation because it was a melting pot of American-born and legally-immigrated citizens with a shared allegiance, not a multi-cultural United Nations with everyone loyal to their home country.

When the caravan first started heading our way, my bride and I were having lunch with a couple of friends after church one Sunday, when one of them asked a question that I have yet to hear anyone in the Main Stream Media ask…

If these people are actually seeking asylum, why haven’t they approached an American Official or one of the Border Patrol Officers and asked for it, instead of trying to enter our country illegally en masse at our Southern Border?

Perhaps it IS time to close the border until this situation is brought under control. 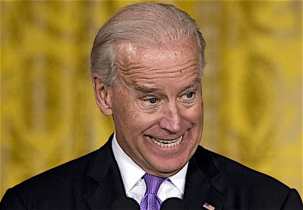