Average Americans, who profess Jesus Christ as our Personal Savior, have bore witness to a war against our faith which began under the Obama Administration.

The direction which Modern American Liberals have taken to the Far Left of the Political Spectrum has put them at odds with the majority of Americans who still hold dear the Traditional Faith and Values System upon which our Sovereign Nation was founded.

3/30/19: The Twitter page for the new movie about a former Planned Parenthood director’s pro-life conversion, Unplanned, was inexplicably suspended sometime on Saturday morning, the opening weekend for the film. The page was not visible, with an “account suspended” notice, for an unspecified amount of time.

When asked by Live Action about the reasons for the suspension, a member of the movie’s cast replied, “No response. Team has put in a request and appealed.”

UPDATE, 3/30/19, 5:56pm EST: According to Townhall.com, the movie’s creators learned that several people had “maliciously and falsely” reported the Unplanned movie’s account to Twitter and got it suspended… with an unexpected result:

The Unplanned movie was officially released in theaters yesterday, and the movie currently has a 91% audience positivity rating on Rotten Tomatoes, out of 645 reviews at the time of this posting. The film has faced significant challenges due to the fact that it is a film about abortion — not just any abortion film, a pro-life film which shows one woman’s personal account of the reality of abortion. This message is, of course, an unpopular viewpoint with Hollywood in general. The Blaze reported this week that the film was denied rights to various music from Disney, Sony, Universal, and Round Hill Music. In addition, TV networks are refusing to run ads for the movie. And the film is the first release from Pure Flix to receive an R rating.

In a related story, FoxNews.com reports that

Chick-fil-A will no longer be opening up shop inside Buffalo Niagara International Airport, after a backlash erupted regarding the company’s alleged “anti-LGBTQ rhetoric” and views.

Assemblyman Sean Ryan, meanwhile, took to Twitter to call out the NFTA for the decision, arguing that it was wrong for the state-funded entity to do business “with corporations who fund hateful and divisive groups” – specifically, Chick-fil-A’s financial contributions to groups that fuel “anti-LGBTQ rhetoric.”

According to WKBW, the new Chick-fil-A was slated to open at the airport sometime during the fall of 2019. It remains unclear at this time what vendor will take Chick-fil-A’s place.

Though reps for the fast food chain did not immediately return Fox News’ request for comment on the story, they did offer the outlet the following statement on the matter.

“Recent coverage about Chick-fil-A continues to drive an inaccurate narrative about our brand. We do not have a political or social agenda or discriminate against any group. More than 145,000 people from different backgrounds and beliefs represent the Chick-fil-A brand,” a spokesperson told WKBW. “We embrace all people, regardless of religion, race, gender, ethnicity, sexual orientation or gender identity.”

The news marks the second time in recent weeks that the hain was banned from opening at an airport regarding reported LGBTQ concerns.

On March 21, six members of the San Antonio City Council rejected including Chick-fil-A from a new food, drink and retail agreement for the airport, in relation to the company’s alleged ‘legacy of anti-LGBTQ behavior’

The day before, Think Progress published tax documents revealing that in 2017, the Chick-fil-A Foundation gave over $1.8 million in charitable donations to organizations that have come under scrutiny regarding their stance on LGBTQ issues.

Over $1.65 million of that contribution was given to the Fellowship of Christian Athletes, which writes in an online “Statement of Faith” that it believes “marriage is exclusively the union of one man and one woman,” and believes “sexual intimacy” should only be expressed “within [that] context,” CBS News reports.

Standing up for Christian Beliefs as found in the Holy Bible…oh, the horrors! (/sarc)

So, what are the Liberals running the airports in San Antonio and Buffalo, so afraid of?

Great-tasting chicken at a reasonable price?

Or, do they just want to punish this successful Christian Business for standing for the Faith of the overwhelming  majority of Americans?

Growing up, I always noticed that the worst bullies were actually intolerant little nobodies who wanted you to feel as miserable as they did.

That is what is behind this push by intolerant Liberals, such as those running those two airports, to attempt to force Christians to only practice the Faith of Our Fathers from 9 a.m. To 12 p.m. on Sunday mornings.

Just as other fascists before them, the thought of an omnipresent God interferes with their belief that they are the most important thing in the universe.

You see, as long as they are the master of their own destiny, which in fact they are, because God gives us free will, their selfish behavior and their sinful lifestyle, present no personal consequences to them, and therefore, do not keep them awake at night.

And yet, when you enter into a conversation with a member of this hedonistic generation, you soon find out that they aren’t as personally happy with their lifestyle choices, as they want you to believe that they are.

Consequently, this whole effort by political and social liberals alike, to push this new set of morals values and ethics on average Christian Americans, stems from the fact that they are all miserable, selfish, little cretins, who want their poor lifestyle choices validated and deemed as normal.

Desperate times lead to desperate measures. Hence, this continued push from the “New Fascists” of the Far Left Democratic Party to minimize the roles which Christian Americans play in Popular Culture, and American Society, as a whole.

The Liberal Elite can’t have the members of the Hive-mind think for themselves and realize that’s a human being that they are murdering in the mother’s womb.

That is the reason that schoolchildren are still being told that they cannot mention Jesus in their schoolwork and that a Pennsylvania state legislator what told that mentioning Jesus and Israel in an opening prayer was “Islamophobic”.

Unfortunately, for those of  the Far Left who continue try and enforce their intolerance on others in the name of Political Correctness, American Christians won’t be listening to them any time soon.

We answer to Someone above their pay grade. 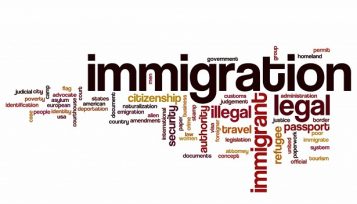