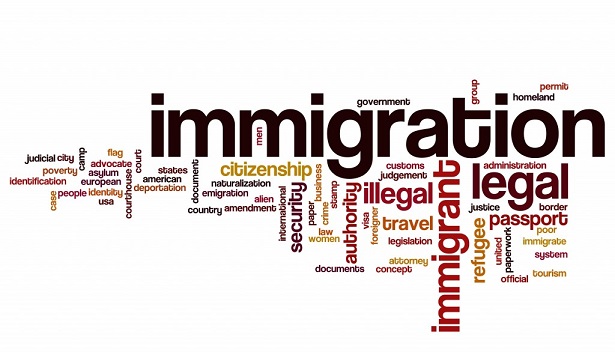 As I’ve mentioned, I’m remodeling my house and am writing this today in what can only be described as abject poverty. Imagine if you will, living in the worst hotel you can imagine. But I digress. The experience has given me the opportunity to see all the issues with immigration right before my eyes.

The fellow who installed my floor was named Jose. He is from Mexico which I know because we were discussing beer. He likes Pacifico. His English is excellent. His wife does not speak English and, much to his slight annoyance, his son orders a hamburger when they go to a Mexican restaurant.

I asked Jose whether I should spell his name as “José” with the tic mark over the “e.” He said “nah, that’s too Mexican.”

He did a great job and we sat around and drank Pacificos. He did mention that if he lived in Mexico, he’d be making about one half of what he does here. In Colorado, he has a house, a wife that makes him do the chores, and a couple dogs. What is Jose’s citizenship status? I don’t know; it didn’t come up.

The painting was done by a fellow whose name lacks vowels. He is from Czechoslovakia. Thankfully, he calls himself David because his real name is unpronounceable. David is an American citizen having immigrated through the normal channels. He’s very proud of his citizenship and of his painting company.

David had two employees also from Czechoslovakia. I called them Stella and Heineken after their favorite beers. Both are here on temporary work visas and have been working on hurricane repairs in Florida. They actually didn’t like Florida and were super happy to be in Colorado where there were real seasons.

Stella and Heineken would both like to be American citizens but as Stella said “it is very hard.” I asked David and he said “I keep telling them that they need to find an American woman to marry! That’s their best chance!”

Trying to be helpful, I showed them the Dan Aykroyd-Steve Martin Saturday Night Live video of the two Czech “Wild and Crazy Guys.” They didn’t know who Steve Martin or Dan Aykoyd are and didn’t find the video particularly funny either. I think they thought it was a bit insensitive! They didn’t believe me when I said they could go into any bar and yell “we’re two wild and crazy guys” and everyone would break out laughing. I think they were starting to have second thoughts about this whole America thing.

It was pretty evident that there was some tension between Jose and David. David did mention at one point that competing with illegal immigrants didn’t make him particularly happy. I should imagine not. As I said, Jose’s citizenship status never came up but I think maybe David had some questions about it.

I just want my house back!