Traveling around The Internets the other day I came across a story that flat-out flummoxed me because, while I kinda knew, I really didn’t know, what a third world crapistan the once beautiful city of Seattle has become.

Several of my regular stops, including Lucianne and Instapundit, featured a recent story that aired on Seattle TV station KOMO entitled Seattle is Dying.

The show is accessible on YouTube and you can watch it here:

I won’t go into a detailed review because you really should watch it.

It’s an hour long but most of what you need to see and hear happens in the first 30-40 minutes.

I haven’t been out the Puget Sound area for quite a few years now so my memories of the city are fond.  Sure there was the occasional pants-pissed homeless drunk on the sidewalk by Pike Place Market but it was far, far, far from being the urban hellhole describe in the documentary.

And here’s the rub:

My intuition tells me that the reality is at least 20 times worse than what was presented.

If a major TV station in blue, blue, blue Seattle produced and ran this I’m betting The Powers That Be made sure the worst of it was left on the cutting room floor.

What’s amazing is that it was even made & aired at all.

The only question is how long it takes… 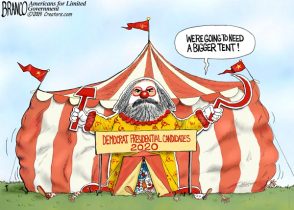