As is usually the case, there was a very interesting moment on Rush Limbaugh’s nationally syndicated radio program yesterday.

…She was on C-SPAN today, and she had a question. “Talk about history and where it can be instructional for Democrats in choosing a candidate and contrast today,” she was asked, “with 1972.”

…CLIFT: Is this is going to be 1972 or 1992? And 72, of course, the Democrats found the most left candidate in their field, George McGovern. He lost. He lost rather hugely. Then in 1992, Bill Clinton was able to sort of navigate a center position that restored the Democrats to the White House. The Democratic voting electorate is to the left. Young people who’ve grown up in this time are very attracted to socialism because they don’t see that they’ve gotten much benefit out of capitalism. So that’s going to be an ongoing debate within the Democratic field.

RUSH: She is warning them that if they nominate one of these radical leftists it’s gonna be a McGovern type landslide defeat. He lost 49 states to Richard Nixon in 1972. And that’s when the Democrats were holding Watergate in reserve, and they came back and drove Nixon from office with it after his 49-state landslide.

Here’s the thing…the Democrats’ National Chairman, Tom Perez, is a Radical Hispanic Activist. There is new way that he will allow a “Centrist” (i.e., less liberal than the Far Left) Democrat to be their party’s nominee. Nancy Pelosi may be the Speaker of the House but Tom Perez is the Party Chairman and, as Eleanor Clift alluded to, he has a lot of wild-eyed Far Left Democrats like Omar, Tlaib, and AOC to back him up.

And, it’s for the identical reason that they lost the 2016 Presidential Election.

The Democrats remain out-of-touch with the majority of Americans.

I mean, if you watch Cable News (except for Fox News) Trump should be the most hated man in America.

Between the accusations of “Russian Collusion” and “unfair treatment of asylum seekers” on our Southern Border, he should be as unpopular as Rosie O’Donnell at an All-You-Can-Eat Buffet.

But then again, according to those same news outlets, Hillary Clinton should be president, as there was no way the American Voters were going to elect Donald J. Trump the 45th President of the United States of America.

The past two-plus years have clearly shown that the Modern Democratic Party remains consumed by their grief over losing the 2016 Presidential Election and their hatred for the man who is now sitting in the Oval Office, Donald J. Trump.

So far, Mueller and his team of Trump-hating Democratic Donors poorly masquerading as impartial investigators, are failing miserably.

They have handed down indictments for “offenses” which were not even a part of Trump’s Presidential Campaign or the first year of his presidency.

With Mueller’s Investigation blowing up around them, now the Democrats continue to try to sabotage Trump by denying his the money to fulfill the Campaign Promise he made to erect a wall on our Southern Border, even threatening to somehow override his veto of the bill they passed to prevent it, oblivious to the fact that these same Democrats were all for it before Trump suggested it.

They have learned nothing at all from their 2-plus years out of power.

In fact, as MS. Clift mentioned, the seeds for today’s “New Bolsheviks were probably planted with the nomination of George McGovern as the Democratic Party Presidential Candidate in 1972.

Unless they can find their way back to reality, their political party is destined to go the way of the Whigs.

Considering their fondness for relative morality, situational ethics, and purposeful obtuseness, perhaps they should keep traveling the path that they are presently on…attempting to find something…ANYTHING to impeach President Trump on.

Then, they can just go ahead and place a death sentence on their political party by nominating a Far Left candidate to run for President in 2020.

The Pelosi-led House of Representatives has already opened the lid of the porcelain receptacle to begin the Dems’ downward descent into oblivion.

Pass the salt and butter, please. 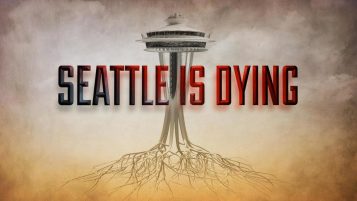