In the wake of the news that Mueller’s report had been completed and that no indictments of Trump would be coming, as well as no real evidence of collusion being found, I saw many sentiments like this one being expressed in the immediate aftermath:

The Deep State and the media better have criminal and financial repercussions for this insanity. This is a major tipping point in this country.

Now that Russiagate has been uttely debunked

We are going to start talking about the real scandal

Before anyone gets TOO excited, it’s important to understand that direct consequences are unlikely be imposed on these people. I don’t expect the DOJ to take any real action to punish the Obama administration officials responsible for this fiasco. Given how bad the DOJ was under Sessions and then Whitaker, I do not have a lot of confidence in Barr to perform in a notably better way. Given the GOP is riddled with Democrat sympathizers, the party leadership can’t be counted on to act either.

In 2016, for a brief moment, there was some uneasy self-reflection in the media. The day after Trump won, I saw a number of articles asking questions like “Why were the polls wrong?” and “How could we have missed this?” But that self-reflection was almost immediately erased when Hillary and other left wing elites tried to claim Russia changed peoples’ votes and that Trump was actually a super-secret Russian spy.

The Russia conspiracy theory gave them a lifeline to cling to. They had not gotten the call wrong after all – Russians “hacked” the election somehow and installed Trump! Putin was running America from the Kremlin! There was never any real assessment of why the party had lost, or how the media and pollsters had gotten things so wrong.

Furthermore, it was obvious that only the lower ranks of the Democrats even believed this conspiracy theory. James O’Keefe, notably, managed to get a CNN producer to admit he thought the Russia story was a hoax. The purpose of the investigation was really to prevent scrutiny of criminal behavior by Obama administration officials, make it impossible for Trump to govern, and produce evidence of SOME non-Russia related crime – any crime – which the Democrats could then use to impeach and remove Trump.

The problem for the media is that this uncomfortable discussion that was avoided after 2016 is now bubbling to the surface, but it’s even worse for them this time, given that they spent the last two years peddling a hoax they all knew was a hoax from nearly the beginning. While Matt Taibbi tries to equivocate Russiagate with the story of WMDs in Iraq, he does an otherwise spectacular job of dismembering the entire Russia hoax from start to finish:

The Times tried to soften the emotional blow for the millions of Americans trained in these years to place hopes for the overturn of the Trump presidency in Mueller. Nobody even pretended it was supposed to be a fact-finding mission, instead of an act of faith.

The Special Prosecutor literally became a religious figure during the last few years, with votive candles sold in his image and Saturday Night Live cast members singing “All I Want for Christmas is You” to him featuring the rhymey line: “Mueller please come through, because the only option is a coup.”

Nothing Trump is accused of from now on by the press will be believed by huge chunks of the population, a group that (perhaps thanks to this story) is now larger than his original base. As Baker notes, a full 50.3% of respondents in a poll conducted this month said they agree with Trump the Mueller probe is a “witch hunt.”

Stories have been coming out for some time now hinting Mueller’s final report might leave audiences “disappointed,” as if a President not being a foreign spy could somehow be bad news.

Still, Russiagate has led to unprecedented cooperation between the government and Internet platforms like Facebook, Twitter, and Google, all of which are censoring pages on the left, right, and in between in the name of preventing the “sowing of discord.” The story also had a profound impact on the situation in places like Syria, where Russian and American troops have sat across the Euphrates River from one another, two amped-up nuclear powers at a crossroads.

As a purely journalistic failure, however, WMD was a pimple compared to Russiagate. The sheer scale of the errors and exaggerations this time around dwarfs the last mess. Worse, it’s led to most journalists accepting a radical change in mission. We’ve become sides-choosers, obliterating the concept of the press as an independent institution whose primary role is sorting fact and fiction.

There are other problems for the left, as noted above by Taibbi. Trump has been totally immunized from accusations of criminal wrongdoing. There is no way they will be believed outside of the SJW circles going forward. This is a devastating blow to efforts to make Trump’s tax returns a campaign issue going forward.

This is also a huge problem for the SJWs in the Democrats, who want to impeach Trump. What pretext will they use now? The Democrats can forget about getting even #NeverTrump Republicans on board at this point, as they’d struggle to even get their own caucus behind impeachment after Trump’s exoneration.

While the collapse of the Russia hoax isn’t the panacea we all dream of, it’s a severely damaging blow to the Democrats at the time the party is already facing internal struggles between the party leadership and the social justice warriors, as symbolized by the power struggle between Alexandria Ocasio-Cortez and Nancy Pelosi. 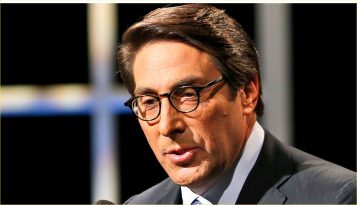