I never thought I’d see the day where Democrats are visibly upset that the President of The United States DIDN’T collude with the Russians.

Pelosi, D-Calif., and Schumer, D-N.Y., said Barr’s letter to Congress “raises as many questions as it answers.”

In their joint statement, the leaders said Barr’s past “bias” against the special counsel’s inquiry showed he was “not in a position to make objective determinations.”

They added, “the fact that Mueller’s report does not exonerate the president on a charge as serious as obstruction of justice demonstrates how urgent it is that the full report and underlying documentation be made public without any further delay.”

Barr wrote that Mueller did not establish evidence that President Trump’s team or any associates of the Trump campaign had conspired with Russia to sway the 2016 election — “despite multiple offers from Russian-affiliated individuals to assist the Trump campaign.” He also wrote that on obstruction-of-justice claims, “The Special Counsel states that ‘while this report does not conclude that the President committed a crime, it also does not exonerate him.’”

Senate Minority Whip Dick Durbin, D-Ill., also released a statement dovetailing with top Democratic leadership: “Attorney General Barr has the authority to make the full Mueller findings public with minimal redactions. He must do so as quickly as possible. The ‘summary’ document he provided today creates more questions than it answers, particularly with respect to obstruction of justice by the President.”

He added: “The American people – who for two years have waited patiently for the Mueller investigation to conclude – deserve the full truth in Special Counsel Mueller’s own words.”

The heads of three of the House’s most influential committees also said the full report on Russian election interference and Trump must be made public.

Reps. Adam Schiff, D-Calif., Jerry Nadler, D-N.Y. and Elijah Cummings, D-Md. – the chairs respectively of the House Intelligence, Judiciary and Oversight Committees – issued a joint statement Sunday, noting: “We … call for Attorney General Barr to come forward to testify before the House Judiciary Committee without delay.  Far from the ‘total exoneration’ claimed by the President, the Mueller report expressly does not exonerate the President.  Instead, it ‘sets out evidence on both sides of the question’ of obstruction—including the evidence that President Trump attempted to obstruct justice.”

They added: “These shortcomings in today’s letter are the very reason our nation has a system of separation of powers.  We cannot simply rely on what may be a partisan interpretation of facts uncovered during the course of a 22-month review of possible wrongdoing by the President. The American people deserve to see the facts and judge the President’s actions for themselves.”

Attorney General Barr and Asst. Director of the DOJ Rosenstein thoroughly reviewed the report and determined that there was no collusion and no obstruction of justice.

However, that is not good enough for the Democrats in the House and Senate.

Make no mistake about this, gentle readers, they are not asking for the release of the full report because they care about the cause of justice or the wellbeing of American Citizens.

For the Democrats in the House of Representatives to perpetuate a false narrative through the arduous and interminable schedule of “Investigative Hearings” which they have announced with vengeful glee, they have willingly bought in to an exercise in futility which will do nothing but deepen the hole which they have already dug for themselves with average Americans even deeper.

As I have repeatedly warned, by concentrating their energies and the taxpayers’ time and money on their vendetta against the 45th President, instead of actually bringing up legislation that would help average Americans, they are not only liable to lose their phony boloney jobs in Washington, they will once again (at least) be denied the Presidency, as well. 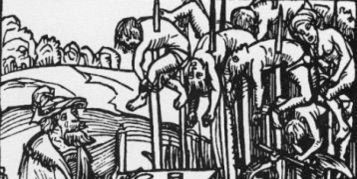