I’m sure you’ve all seen:

….People, their VOTE, their Freedoms, their Second Amendment, Religion, Military, Border Wall, and their God-given rights as a Citizen of The United States of America!

Let me just postulate that it’s a coup when the President of the United States says it’s a coup. I was going to speculate on how that would be defined and what would happen next — and then I realized I don’t have to; this has certainly been planned for. There is no doubt in my mind that there is a binder somewhere with the procedure for when the President has identified that the Republic is in imminent danger due to a coup.

We know what it looks like for nuclear war:

The president first meets with top military advisers. The meeting would take place in the Situation Room. If the president is traveling, a call is made on a secure line.

One might guess that the same thing would happen during a coup since the first thing that needs to occur is to secure the nuclear codes.

We have been talking “soft coup” or “administrative coup” to describe grumpy employees using passive aggressive techniques. When does “the resistance” change from passive to active?  Or the more important question is when would the president know? At would point would he convene the senior advisers to reveal, that in his judgement, a coup is taking place and ask that the binder providing the procedure be opened?

And then what? If all that’s available to the president is circumstantial evidence, the end game might well be a call for his removal under the 25th Amendment.

We also know that the CIA is responsible for or played a significant role in various coups around the world including the 1953 coup in Iran. There most certainly are binders at Langley labeled Coup D’états For Dummies. We know with certainty that CIA agents have been functioning within the White House. What we don’t know is whether they are part of the execution of an actual coup or not. It would be very difficult to know since the CIA are experts both in facilitating coups and for keeping their part in them secret.

We’re playing in new and treacherous ground here and, personally, I wish the president hadn’t gone so far as to imply a coup because at some point, the Swamp will be backed so totally into a corner that a group will decide they must take immediate action and overt against the president.

I fear we are getting closer and closer each day but pray that neither side elects to throw the first punch. 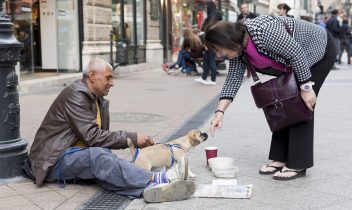