The media has been warning for months not to expect much from Mueller. This is the latest warning:

Millions of Americans are waiting for Robert Mueller to give them the final word on whether the Trump campaign conspired with the 2016 Russian election interference effort — and whether their president is under the influence of a foreign adversary.

Millions of Americans may be sorely disappointed.

Unless Mueller files a detailed indictment charging members of the Trump campaign with conspiring with Russia, the public may never learn the full scope of what Mueller and his team has found — including potentially scandalous behavior that doesn’t amount to a provable crime.

There is a wildcard — if the Mueller report contains allegations of potentially impeachable offenses against the president, scholars have said the Justice Department would have to pass the full details of that to Congress.

But short of that, it’s not clear Congress will get access to the evidence Mueller has gathered.

Mueller has filed charges against 34 people and secured convictions of some of Trump’s key former advisers. But none of the charges have accused anyone in Trumpworld of conspiring with the Russian intelligence operation to help Trump get elected in 2016. Nor has Mueller made any allegation that the president is compromised by Russia — a suspicion that percolates in part because of Trump’s favorable behavior towards Vladimir Putin. 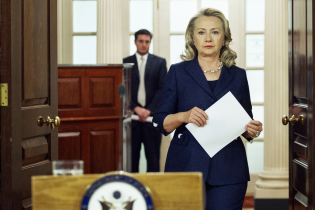