Let’s see – I’ve still been busy with editing for most free moments but my 2 yr. old really wanted to play some Atari out of the blue so we played some random Atari 2600 games that she pulled out of the collection (some River Raid, Frogger and a few others). Then my 9 yr. old got it in her head to play something that she had seen me play ages ago called Theme Park on the Atari Jaguar. I tinkered with that a little bit in teaching her (to which she quickly became “addicted”). Beyond that I didn’t get much else in apart from about an hour on the PC game Lost Castle. How about you?

A Note About Next Week

There will not be a Gaming’N Tech post next Monday unless the Dark Overlords here come up with their own alternative as I will be out on Summer Vacation this weekend, finding arcades to enjoy along the way. See you in a couple of weeks!

The Netflix CastleVania Series Is Getting A Physical Release

Steam Adds Support For A Variety Of Console Controllers

Pro Evolution Soccer Getting A Demo On Aug. 8th For PC/PS4/XB1

You Know You Want To Play iD’s DOOM With Ascii Graphics – ZZT, eat your heart out

VR Dead? Long Live VR? – First the article: “Consumer Interest In VR Is Declining Due According To Sales Data Trends”. Does that mean that VR is dead? Not exactly…billions of dollars have been dumped into hundreds of companies banking on the hope that VR would indeed be the next big thing. So in that sense, you’ll still see content being released to VR for quite a while. The question now is: Can the tech pull itself out of the rut?

It is a tough question to answer but I find it hard to find a silver lining in terms of VR finding it’s “Call Of Duty” that will make gamers en masse go out and buy it. Generally speaking with a situation like this, one must take the greatest flaw of a product and turn it into it’s greatest strength. I think that is price as the only way to correct other flaws requires the cost going up (eliminating the need for many accessories for better immersion; the vertigo issue; in some instances the hygiene issue). So it is a catch-22 that becomes even harder to solve with sales tanking as they are (which in turn will cause developments to pull back from VR as they go over to less risky platforms). Overall I think those “cons” are proving too much for more than the dedicated early adopter base to overcome.

If VR doesn’t break out of the cycle then my guess is that it’ll eventually decline to an asterisk, be forgotten by most everyone until someone comes up with something after a decade or two that addresses the issues while re-introducing it to a new generation  (just like 3DTV/movies). I just hope that it doesn’t end up taking AR & MXR down with it.

Tempest 4000 Lands On PC/PS4/XB1 – Jeff Minter’s never-ending opus of rebooting Tempest continues as he was finally allowed to port TxK (from the PSVita) to bigger, more popular platforms. Given that Atari has zero internal talent for creating games, this was a good move on their part since Minter certainly knows how to handle an abstract shooter like Tempest. If you enjoyed TxK or Tempest 2000 then there isn’t much that can go wrong here; if you’ve never played any of the Tempest-reboots then this probably looks like a controlled acid trip as opposed to a game. I do recommend giving it a chance though, it’s one of those games that cannot be appreciated as a viewer, but only as a player. Yeah I’m a little biased…but Tempest 2000 was one of the finest gaming experiences I enjoyed in the 1990s and Tempest 3000 the best reason to have invested in a NUON DVD player. Word on the street is that the PC version of T4k is riddled with bugs though so if that’s where you game, give it some time:

Now It’s Mega Man’s Turn For A TV Show – It seems like every other major character in gaming gets a TV show so why not Capcom’s Mega Man? I’m not a huge fan of the series, playing it BITD every now and then but I’ve not kept up on it in recent years. If you are a fan, what do you make of this trailer?

Generation Zero Getting A Physical Release Next Year (PC/PS4/XB1) – If you missed the news about this interesting first person shooter then you are not alone – it came out around E3 time where it’s easy to get lost in the sea of announcements. One site I get some of the news from calls it “Transformers meets Red Dawn”, which by the trailer below seems quite appropriate. It will also be getting a physical release when it launches in 2019 so that shows some extra faith in the title:

A New Challenger Joins The Fray: Team Pinball – If you’re into pinball then you might be interested to hear that there is a new company who just announced their existence this past week and are already selling their first game. This goes against the conventional wisdom the pinball community has seen in recent years of a company announcing, then taking years to get their first product out of the door (while often taking in a lot of money through pre-orders). This new company is based out of the UK and their first “boutique” design is called The Mafia. Only 100 of these will be made:

No Man’s Sky NEXT Update Launches Tomorrow – If you are one of those who wasn’t bothered by the lack of delivered promises in No Man’s Sky, holding out hope that they would one day be fulfilled then tomorrow will bring some vindication to that. The NEXT update is going to hit, bringing the long-anticipated multiplayer along with many other features. Could this be the version of the game that we wanted from the get-go?

Canada Getting Their Own Stable Salt Nuclear Reactor

Samsung Looks To Beat Apple To The Punch On Wireless Charging

China Continues Their Chest Pounding With A Military Build-up

If You Are Into Scientific Papers, Then Here Is One On Nano Energy

2019 To Be The Year Of The Flying Car? Don’t hold your breath but it is looking more promising

Combining Ground Transit With Aviation – Called “Link & Fly”, the idea here is intriguing for the future of airport travel. It promises to decrease wait time and offers versatility with the ability to haul cargo instead of people, just by changing out the pod.

People Are Still Competing In Hyperloop Construction – It’s been a little while since I’d heard anything about SpaceX’s hyperloop transportation system; the hype seemed to die down after last year. That hasn’t kept certain teams from continuing to work on the tech however, with WARR Hyperloop nabbing the first place prize for their design:

We're excited to announce that our team WARR Hyperloop is the winner of the 2018 SpaceX Hyperloop Pod Competition!!!!!

We'd like to sincerely thank all our sponsors! pic.twitter.com/YpPTURnHp5

Flight Suit Fun – This “Gravity” suit isn’t exactly ready to replace your car for the commute but the company behind it is continuing to add improvements from 3D printed wings to Augmented Reality HUDs and a battery version. If you’re loaded then this would certainly make for a fun weekend out in the wild:

Space Pr0n Of The Week: Infrared Titan – Cassini continues to provide data well after it’s death, a tribute to the legacy of our nation’s fantastic mission to Saturn. Titan has been a major focus of that mission since Cassini arrived and now we have this amazing view of the planet’s surface in unprecedented detail, thanks to to infrared imaging. This far surpasses the views we’d seen with the radar scope, giving us a fairly good idea of what the moon would look like without all that smog: 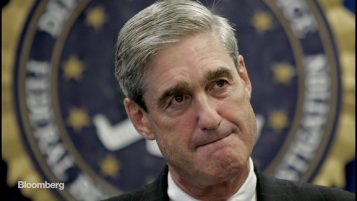