Video games of course! Well, to be more specific, I broke out my Atari 7800 to play a few titles – Kung Fu Master, Sirius, Food Fight and Dig Dug; played some Bubble Bobble and Super Mario Bros. 2 on my NES; continued with Outcast 2: Second Contact and a little Left 4 Dead 2 on the PC; and finally played through Teenage Mutant Ninja Turtles at the arcade.

Note: The week after E3 rarely has major news that pops along so this is a chance for us to look at some other titles that might have been missed.

E3 2018: Fist Of The North Star: Lost Paradise Ain’t For The Snowflakes

E3 2018: An Hour Of Super Smash Bros: Ultimate For The Switch

A Complete List Of Original Xbox Games That Ran In 720p

When Are All Of Those games Shown At E3 Coming Out? Sure, not everything has been given a firm date yet but some have. With such a deluge of news it is easy to lose track of something so here is a handy video that shows what we know so far:

Taito’s Space Invaders Turns 40 – On June 16th 1978, Taito Corp. revealed their newest video game to the world, an effort that they certainly didn’t expect to become a worldwide phenomenon. But it did and it certainly had a powerful impact in the direction that video games would take afterwards. To celebrate this milestone, Taito pulled out all of the stops back over in Japan where merchandise and a new 10-player game projected onto the side of a building. More details on that in the link above but also through this trailer:

nVidia’s Raytracing Technology Continues To Impress – We’ve mentioned nVidia’s raytracing tech on here before and the company continues to improve upon it. They brought their latest efforts to E3 where the future of gaming graphics were on display:

Homebrew Of The Week – Spire Of The Ancients (Atari 7800): Ok, so my reason for breaking out the 7800 this week was seeing this up-and-coming first-person RPG for Atari’s NES competitor console. The 7800 missed the boat on adventure & RPG games back in the day and most homebrew efforts so far have focused on arcade ports. This one in particular was influenced by the classic Atari ST RPG, Dungeon Master and still has a little ways to go but I personally like what I see so far.

Intel Creates The Smallest Quantum Computer Yet With ‘Spin Qubits’

Cancer Fighting Nanobots – This new tech shrinks tumors by cutting off their blood supply. It has been successfully tested in mice. Read more about it here.

Why Did The Laserdisc Fail? – A video synopsis:

Space Pr0n Of The Week: Collided Galaxies – This photo of NGC 3256 (by the shape you could give this a more interesting name like the Hersey Kiss Galaxy or the Dumpling Galaxy) shows the aftermath of a galactic collision that took place about a half a billion years ago and about 100 million light-years away. Purty 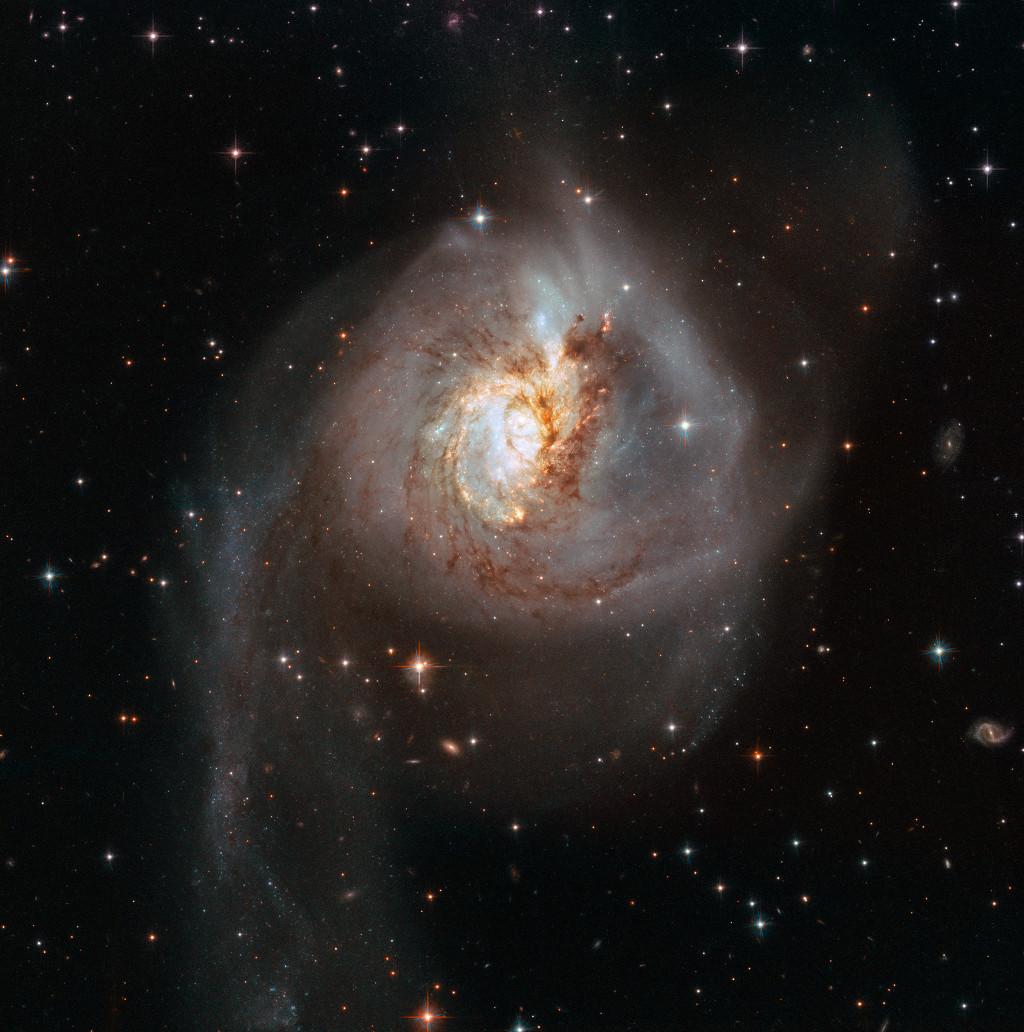