Earlier this week saw the release of the upcoming Sonic The Hedgehog movie from Paramount. Sonic is the star of the long running video game series of the same name, and was the Super Mario Bros.-style flagship game for the Sega Genesis system released in 1989.

Like everyone’s favorite Italian plumbers, Sonic has built up quite a fan base. Many hard core classic video game aficionados eagerly awaited the first teaser for the beloved speedster’s big screen debut.

Remember that old saying “be careful what you wish for?”

There’s so much wrong with that trailer that I scarcely know where to begin. The choice of song (Gangsta’s Paradise, really?), the in-your-face Sega references, and just what the hell is up with Dr. Robotnik?

To say that the fan reaction to Sonic was unkind would be like saying Star Wars fans were displeased with Jar Jar Binks. Let’s just say that Paramount’s horrendous Sonic trailer is sitting at 456,000 dislikes compared to barely 200,000 likes and leave it at that.

Apparently the outcry has been so bad that the man responsible for loosing this cinematic abortion on the world-Sonic The Hedgehog director Jeff Fowler-has said that Paramount and Sega will immediately head back to the drawing board to rework Sonic.

Thank you for the support. And the criticism. The message is loud and clear… you aren’t happy with the design & you want changes. It’s going to happen. Everyone at Paramount & Sega are fully committed to making this character the BEST he can be… #sonicmovie #gottafixfast 🔧✌️

Sonic fans the world over squealed with…well, not ecstatic joy. It wasn’t exactly a squeal either. Let’s just say they were satisfied that Paramount heard their criticism and decided to take it to heart. A few enterprising Twits even had some suggestions on how to rework Sonic to capture that classic video game look.

Thank you! Please make Sonic more accurate! Delay the movie if you have to, I can wait! In fact here, make sonic look like this edit from @LiKovacs ! This one’s my favourite! #gottafixfast pic.twitter.com/QBHl6ka8d8

Personally, it’s hard for me to pick a favorite. I like number one, but number two captures the classic Sonic look a bit better in my opinion. Number three I could take it or leave it, although any of the three designs pictured would be a massive improvement over, well…this:

Sonic The Hedgehog is set to be released November 8. The movie is already finished, and now Jeff Fowler and Paramount have vowed to reword the title character. That’s a massive undertaking despite Fowler’s assurances that the movie will release on time.

Honestly, though, I think it’s fantastic that a movie studio took the opportunity to actually listen to the fan base. Sonic is a beloved character that many 80s and 90s kids grew up with. The redesign smacked of an artist’s attempt to put their own spin on a classic character and “make it their own.”

Clearly, Sonic’s modern design was a huge PR blunder for Paramount. The damage that’s been done, however, has been largely mitigated, I think, by their willingness to listen to the fans. The on-time release of a new Sonic truer to the classic video games has the potential to really turn this around for Paramount.

Here’s hoping Fowler and his team can pull it off. 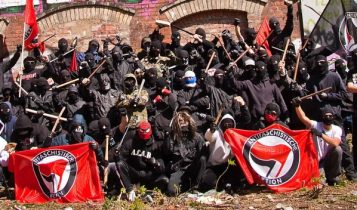