Previous Next
WASHINGTON - AUGUST 23: The Washington National Cathedral is seen on August 23, 2011 in Washington, DC. According to reports the church suffered minor damage to several spires. The epicenter of the 5.8 earthquake was located in near Louisa in central Virginia. (Photo by Brendan Hoffman/Getty Images)

I’m actually looking for some feedback here and I may fumble a bit as I write this so bear with me.

The numbers clearly show a drop in church attendance over the last number of years. 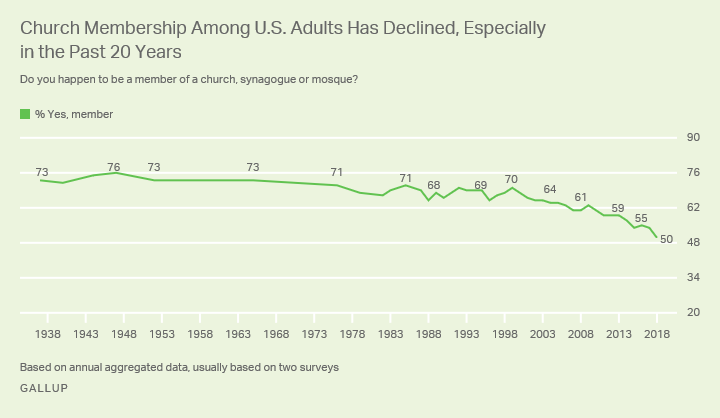 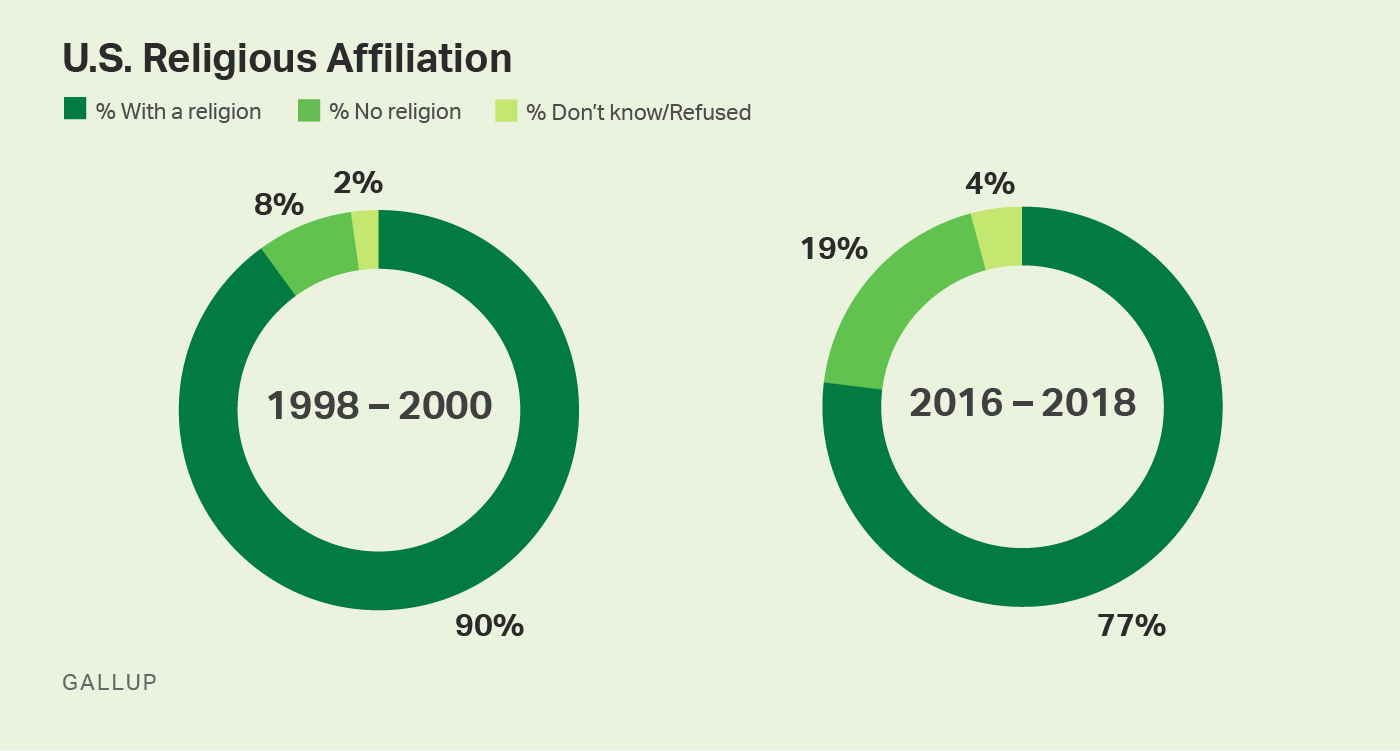 In contrast to the variable changes in church membership among generational and faith subgroups, the declines have been fairly similar among most other demographic subgroups. However, the rates have differed by party identification, as Republicans show a relatively modest decline in church membership of eight points since 1998-2000 (from 77% to 69%). In contrast, Democrats show one of the largest subgroup declines, of 23 points, from 71% to 48%.

Why? It’s not like the “big questions of the universe” have changed all that much. Are people no longer interested in searching for a greater truth than themselves? Have people come to believe that government should be provider of the greater truth? Do people believe that as long as I’m not harming anybody, I can make up my own rules for life?

Or is this just part of a cycle where generations that follow won’t have been provided a foundation for living and will turn to the church for answers?

It also seems we face a conundrum which is how do we, as Republicans, bring Democrats back to the church? Or, for the continued health of the church, how do we recruit more Republicans?