Being the resident Spartan correspondent with direct ties to Brazil, having lived there for a while and still fluent in the language, I think it is pertinent to comment on the feigned uproar taking place over the wildfires currently burning in the Amazon rainforest of northern Brazil.

First, let’s take a trip back into time, when I was a mere lad in elementary & Jr. High school. This was the 1980’s/1990’s, and while plenty has changed since then, a lot has stayed the same. Every time we veered into the subject of science, we received some indoctrination about the environment. Some of the claims I distinctly remember being made in class. I’m sure that if you also have experienced the American public school system, then you’ve heard similar scary things and why we suck for being #1 on the planet:

The last point is one that I hadn’t heard in a while, until recently when NASA published a photo showing the current state of the Amazon in 2019. This isn’t the first time that they’ve posted about the subject, but where it’s 2019, certain political and social media individuals cannot resist a new opportunity to virtue signal.

If you actually read the article that started the fervor, you’ll notice that there is context provided to the photos: So it’s the dry season in Brazil (they’re in the middle of their winter, such as it is) and the fires are “close to average” when looking over the past 15 years. This chart shows data going back 20 years, where 2005 was the height of wildfire events in Brazil (under the reign of the super-socialist Lula; embedded below to help amplify it to the morons in the media). That should be critical information to understand in this conversation, but context never matters to a virtue signaler, who just needs a single image to become outraged. Granted, these same people don’t seem too outraged over California always being on fire.

Of course, a lack of context is even better for a politician to who needs a reason to take out a rival on the global stage.

The socialist leaders of France and Canada have both taken to the netwaves to essentially claim ownership of the Amazons, spreading misleading and outright wrong information about the fires, including the use of a 30 year image of a forest fire from the opposite end of Brazil. The original link there is in Portuguese filtered through an online translator, making the interesting point that most oxygen on the planet comes from the oceans and not the Amazons, but I digress.

Wait until he finds out this a totally predictable, normal, annual event and NASA’s satellite measurements prove it is a boringly average year for Amazon fires.

So much for Jesse & his desperate Click Bait Journalism.

At least we expect Justin & Macron to lie. pic.twitter.com/PvCLBVJNuO

This has been upsetting a lot of Brazilians on social media, even President Bolsonaro has been firing back, saying that Macron doesn’t know what he’s talking about and that the situation is not what it seems. Sure, you’d expect politicians to say that, but we’ve got the data above and below to back it up.

Of course, there’s always more to the story than what you initially hear online through big red clickbaity headlines. A Brazilian government agency (which is actually set to be privatized this year) took to Twitter to post “9 facts about forest fires in Brazil” that are worth looking over; I’d also highly recommend this thread by Filipe G. Martins. One of the important tweets in that thread:

Ok, get to the point. What’s the real reason that Mr. Macron is clutching his pearls over the fires?

I’m sure this will shock you, but it can be summed up as: Politics and money(trade). The Reuters article is really short, but you’ve got to just love how the sentences are structured to make the hated Macron look like the hero and Bolsonaro the villain, not providing context nor Bolsonaro’s precise response, or looking into the historical data as we did above.

PARIS (Reuters) – Brazilian President Jair Bolsonaro was lying when he played down concerns about climate change at the G20 summit in Japan in June, said French President Emmanuel Macron’s office on Friday, as Brazil and France continued to clash over the issue.

Macron’s office added that, given this context, France would be opposed to the EU-Mercosur farming deal struck between the European Union and the Mercosur countries of Brazil, Argentina, Uruguay and Paraguay.

On Thursday, Macron and U.N. Secretary General António Guterres expressed concerns about wildfires raging through the Amazon, but Bolsonaro responded angrily to what he regarded as meddling.

Why would Macron, overseeing the world’s 6th largest economy, not want to deal with Brazil, the world’s 9th largest? Because, in his view, Bolsonaro is a horrible knuckle-dragging CLIMATE DENIER. And right-leaning, thus a fascist and a nazi, per leftist “thinking” these days. Ignore those massive protests that occurred in France thanks in strong part to Macron’s climate agenda. Just look at the bad guy over there destroying “the world’s lungs!”

With some of Bolsonaro’s agenda being blocked by the Brazilian Houses of Congress and by the courts to a degree (who prevented a full roll out of his self-defense/gun reforms), Macron sees an opportunity to damage Brazil’s economy, thus aiming to damage Bolsonaro in the long run. He doesn’t really care about trees, or the people that live in those regions. But he does see an opportunity to exert more control over the people of the Earth, which has to be an enticing prospect for a worm ruling over the ash heap of what used to be a great country of influence, power and culture.

Will it work? Time will tell. The Brazilian economy has been growing, hiring up, and conditions improving. When Bolsonaro and Trump met, they also began to implement a number of trade reforms that would increase trade between our countries, resulting in more prosperity on both sides. Brazil just made it so that citizens of several wealthy countries, including the USA, no longer need to get a visa to enter the country, but it will take a little time for a tourism boost to bear fruit. Of course the EU would be a good market for Brazil to sell into in addition to the USA, but it’s clear what Macron is trying to do here – to shut Brazil out of the EU market, thus kneecapping the Bolsonaro agenda’s economic potential at home. 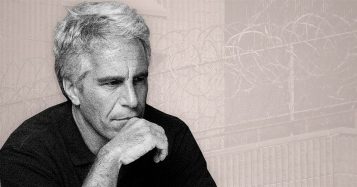