Joe Biden just said, “We believe in facts, not truth.” Does anybody really believe he is mentally fit to be president? We are “playing” in a very big and complicated world. Joe doesn’t have a clue!

Counselor to the president Kellyanne Conway said Sunday that while President Trump may tweet about Joe Biden as if he is sure to get the Democratic presidential nomination, she is not concerned at all about who Trump’s opponent is.

In a conversation on “Fox News Sunday,” Conway said that the Democratic Party’s hard push to the left will make it easy for Trump to be reelected in 2020.

“It may be Joe Biden, it may be somebody else, but it doesn’t really matter,” Conway said, referring to how many of the candidates are supporting “Medicare-for-all” and free health care for illegal immigrants, Every candidate who appeared on the second night of the first debate said they supported health care for those in the country illegally.

Several candidates, while favoring “Medicare-for-all,” also noted the impracticality of jumping to such a plan right away. Candidates including South Bend, Ind., Mayor Pete Buttigieg have called for a private option for the time being, so people who want to keep their current employer plans can do so.

Conway noted that whoever it is will not just be running against Trump, but “the Trump economy,” which has surged during the president’s term in office.

Conway also said it is far too early to tell who the Democrats will ultimately select, given that “there’s still 23 or 24 of them running,” but she did note that many of the 2020 hopefuls are polling low. When the campaign reaches the general election stage, however, Conway said the Democratic nominee will have to answer for the party’s more extreme policies.

“Whoever it is, they really have to defend socialism now,” she said.

The Democrats have been advocating “Democratic Socialism” for quite a while now.

The past almost three years have clearly shown that the Modern Democratic Party remains consumed by their grief over losing the 2016 Presidential Election and their hatred for the man who is now sitting in the Oval Office, Donald J. Trump.

And now,  with Mueller and his team of Trump-hating Democratic Donors failing to find any proof of Russian Collusion and no actionable proof of obstruction, veteran Democrats like Biden realize that claiming that they are actually “Moderates” may be the only way to keep their party from going the way of the Whigs.

They learned nothing at all during their 2 years out of power.

And, simply declaring themselves to be “Moderates” is not going to cut it.

I mean, the crop of potential Democratic Presidential Candidates are such a bunch of lightweights that the Democrats are actually creating a buzz about the possibility of Michelle “Mooch” Obama jumping in at the last minute to “save” them. 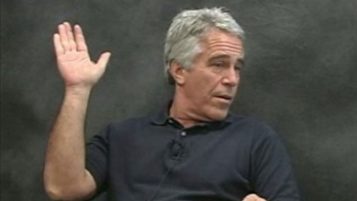