Regarding the origin of the Russian Collusion Delusion, the real story all along has been the extent of the participation of the Obama Administration in its origin.

Senate Judiciary Committee Chairman Lindsey Graham, R-S.C., is adamant about revealing what went on behind the scenes of the Russia investigation and is looking forward to the American people learning about what happened.

Graham pointed to three investigations of the investigators that are taking place: one by his committee; one by Connecticut U.S. Attorney John Durham, who was appointed by Attorney General Bill Barr to conduct a probe; and one by Justice Department Inspector General Michael Horowitz.

“I believe the Horowitz report will be ugly and damning,” Graham told Fox News’ Maria Bartiromo on “Sunday Morning Futures.” That report has been anticipated for months, but it has faced delays in recent months.

“Every time you turn around you find something new,” Graham explained. “Mr. Horowitz is doing a very in-depth dive” into the FBI’s use of the Foreign Intelligence Surveillance Act (FISA) to acquire a warrant to monitor former Trump campaign adviser Carter Page. Graham predicted that the report will finally come out in the coming weeks.

Another man linked to the early stages of the investigation — former Trump campaign member George Papadopoulos — is eager to tell his side of the story after serving a brief sentence for providing a false statement to investigators. Papadopoulos is said to have brought about the investigation by revealing to an Australian diplomat (who later alerted U.S. officials) that he had information that Russia had damaging information about Hillary Clinton. This was after he heard about this from Maltese professor Joseph Mifsud.

Graham said that once Horowitz’s IG report comes out, he would like Papadopoulos to testify before the Senate Judiciary Committee. Graham believes that, based on interview transcripts, Papadopolous was “clearly” not working with Russians.

The more information that gets declassified, the better, according to Graham.

“I want to declassify as much as possible … I don’t want people to believe what I said, I want them to read for themselves how bad it was,” he declared. Graham claimed that the FBI relied on the dossier compiled by Christopher Steele when they applied for the FISA warrant, despite Steele being “an unreliable informant” who hated President Trump.

Graham also expressed a desire to find out just who was ultimately responsible for the Russia investigation, saying he is “curious about the role the CIA played here.” He also questioned whether it went all the way to the top.

“Who knew about this in the White House?” he wondered. “Was President Obama briefed … I’d like to know that.”

There is a very good reason for Senator Graham to be suspicious about Former President Obama’s involvement in the origin of the Russian Collusion Delusion: Obama’s history of Chicago Style Political Dirty Tricks.

In order to have a successful Senatorial campaign, Scooter had to secure tremendous financial backing and be the recipient of astute political mentoring. No problem.

Obama had to run against Blair Hull in the primary and then Jack Ryan in the general (both multi-millionaires). Obama received huge donations from individuals, due to so-called “millionaires exception.” Usually, individuals are limited to giving $2300 to candidates in federal elections, but if the candidates are running against millionaires, these limits do not apply and candidates are allowed to receive up to $12,000 from a single individual. Soros and his family gave Barack Obama $60,000. This does not count the money that Soros funneled to so-called 527 groups (Moveon.org, for example) that have also been politically active; nor does it include money that Soros raised from tapping a network of friends, business associates, and employees.

The New York Times Magazine revealed that David Axelrod, Obama’s chief political and media adviser, may well have been behind the leak of the story that doomed the Hull candidacy as the primary reached its home stretch. I’m shocked.

As he has shown over the years, Axelrod was right at home operating in this gray area, part idealist, part hired muscle. One can not bring up Axelrod’s name in certain circles in Chicago without the matter of the Blair Hull divorce papers coming up. Approaching the 2004 Senate primary, it was clear that it was a two-man race: the millionaire liberal, Hull, leading in the polls, and Obama, who was the figurehead of an impressive grass-roots campaign. One month before the vote, The Chicago Tribune “just happened” to reveal, at the end of a long profile of Hull, that during a divorce proceeding, Hull’s second wife filed for an order of protection. This revelation proceeded to erupt into a full-fledged scandal. This scandal destroyed Hull’s campaign and handed Obama an easy primary victory.

After Obama won the Primary, he was invited to deliver a speech at the 2004 Democratic Convention on July 27th in Boston, Massachusetts.

As the result of the now-legendary speech, Out of Many, One, Obama rose to national prominence, and his speech is regarded by Liberal pundits as one of the great political statements of the 21st century. This speech thrust Obama into the national spotlight, and sycophants crowned him the new political prince of the Liberal Elite.

And, that led to an 8 year long American Nightmare, the Obama Presidency.

In the case of “Spygate” and the Russian Collusion Delusion, the Hierarchy of both the Department of Justice and the FBI did it to circumvent the will of the American People via the “overthrow” of a sitting president, thereby installing Hillary Clinton as the 45th President, thus protecting the status quo in the Halls of Power in Washington, DC.

Senator Graham is right to be suspicious. Sitting President Barack Hussein Obama knew every detail of the Deep State Operation to spy on his Presidential Campaign and when that failed, to sabotage his presidency.

He was the boss of all those who were involved in it.

Still, despite all of their unfathomable behavior and the cover of a Former President, they have failed.

All of those involved, including Former President Barack Hussein Obama, must be brought to justice and must face the consequences of their Seditious Conspiracy both before and after the election of the 45th President of the United States of America, Donald J. Trump. 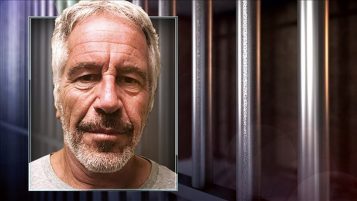