I belong to no organized party. I am a Democrat. – Will Rogers

“What I’m trying to do is go around from town to town and I’m drawing as big of crowds, or bigger than anybody,” Biden said in Iowa on Tuesday. “Have you seen anybody draw bigger crowds than me in this state?”

“Yes,” Doocy responded before noting that he saw a bigger crowd for Sen. Elizabeth Warren when she visited Des Moines in January.

“The vice president didn’t seem to like that because a few minutes later, he singled me out,” Doocy said on “Special Report.”

Biden told Doocy he was a “big boy” and could handle Doocy allegedly coming after him. “I mean, I know you, I know you’re going to go after me no matter what I’ve got. Yeah, you and it’s OK. Good. I’m a big boy. I can handle it,” he said.

A recent Fox News poll shows Warren in second place behind Biden among national Democratic primary voters. Though Biden continues to lead the field with 31 percent, the former vice president’s lead has shrunk by 10 percentage points from July to August.

Warren’s gains have come at the expense of Sen. Bernie Sanders, I-Vt. The Massachusetts lawmaker is now the favorite among primary voters under age 45 as well as those who identify as “very” liberal. Since last month, Warren is up 12 percentage points among the under 45 crowd, while Sanders has lost 10.

Biden leads Warren among both men (+11 points) and women (+11) and has a 22-point advantage among voters over age 45. Biden also leads Sanders by 17 points among non-white voters and leads Warren by 19 points among the same group.

Well, even though Biden appears to be in the beginning stages of dementia, his oversized ego is still intact.

And, even though Elizabeth Warren, as Peter Doocy attested to, drew a bigger crowd than Biden did in Iowa, the size and enthusiasm of the Democratic Candidates’ audiences pale in comparison to President Trump’s MAGA Rallies.

There is simply no excitement building for any of the Democratic Primary Candidates.

That being said, I believe that the Dems will nominate a Far Left Presidential Candidate

And, it’s for the identical reason that they lost the 2016 Presidential Election.

The Democrats Continue to remain out-of-touch with the majority of Americans.

I mean, if you watch Cable News (except for Fox News) Trump should be the most hated man in America.

Between the accusations of “Russian Collusion”, Racism, an upcoming Recession, and “unfair treatment of asylum seekers” on our Southern Border, he should be as unpopular as Rosie O’Donnell at an All-You-Can-Eat Buffet.

But then again, according to those same news outlets, Hillary Clinton should be president, as there was no way the American Voters were going to elect Donald J. Trump the 45th President of the United States of America.

The past two-plus years have clearly shown that the Modern Democratic Party remains consumed by their grief over losing the 2016 Presidential Election and their hatred for the man who is now sitting in the Oval Office, Donald J. Trump.

With Mueller’s Investigation failing to produce the desired results, the Democrats continue to try to sabotage Trump by any means necessary.

The problem that the Democrats face is the fact that the President keeps on succeeding in fulfilling his Campaign Promises even though the Democrats and their Propaganda Arm, the Main Stream Media, have thrown every thing that they could think of at him, including Fake News Stories that they desperately made up.

DEmocrats have learned nothing at all from their time out of power.

In fact, the seeds for today’s “New Bolsheviks” were probably planted with the nomination of George McGovern as the Democratic Party Presidential Candidate in 1972.

Unless they can find their way back to reality, their political party is destined to go the way of the Whigs.

Considering their fondness for relative morality, situational ethics, and purposeful obtuseness, perhaps they should keep traveling the path that they are presently on…attempting to find something…ANYTHING to impeach President Trump on.

Then, they can just go ahead and place a death sentence on their political party by nominating a Far Left candidate to run for President in 2020 as I predicted earler.

The Pelosi-led House of Representatives has already opened the lid of the porcelain receptacle to begin the Dems’ downward descent into oblivion.

Get your popcorn ready and pass the salt and butter, please. 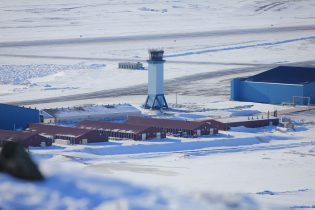