The 66-year-old Epstein died at the Metropolitan Correctional Center in New York City weeks after he was arrested of multiple child sex-trafficking charges, sources confirmed to Fox News.

An FDNY source told Fox News that he was transported out of the prison around 6:30 a.m. New York Downtown and was dead on arrival.

The initial call to the jail was cardiac arrest. There was no immediate confirmation on how he died, but multiple reports said Epstein died by suicide.

Epstein’s attorney Martin Weinberg told Fox News on Saturday that he could not “confirm the rumor” that his client had killed himself.

It has been said that politics is the second oldest profession. I have learned that it bears a striking resemblance to the first. – Ronald Reagan

Friday’s revelations came from more than 2,000 documents that were unsealed by the U.S. Attorney’s Office for the Southern District of New York. The papers included affidavits and depositions of key witnesses in a lawsuit the now-33-year-old woman, Virginia Roberts Giuffre, filed against Epstein and his associate, Ghislane Maxwell in 2015. Giuffre accused the duo of keeping her as a “sex slave” in the early 2000s when she was underage.

In another deposition, Giuffre also reveals that she was “trafficked” to Mitchell, a former Senate Majority leader who represented Maine from 1980-95 and was later named special envoy to the Middle East by President Obama. A sworn affidavit by a former Epstein employee, Juan Alessi, also alleges Mitchell, 85, of having associated with Epstein.

“The allegation contained in the released documents is false,” Mitchell said in a statement to Fox News. “I have never met, spoken with or had any contact with Ms. Giuffre.”

He added: “In my contacts with Mr. Epstein I never observed or suspected any inappropriate conduct with underage girls. I only learned of his actions when they were reported in the media related to his prosecution in Florida. We have had no further contact.”

A spokesperson for Richardson denied the allegations, telling Fox News in a statement Friday that they are “completely false.”

A spokesman for Dubin also denied the allegations.

“Glenn and Eva Dubin are outraged by the allegations in the unsealed court records, which are demonstrably false and defamatory,” the spokesman said in a statement to Fox News Friday. “The Dubins have flight records and other evidence that definitively disprove that any such events occurred.”

Giuffre also has long-claimed that Epstein forced her to have sex with Harvard Law Professor Alan Dershowitz. In the newly-revealed documents, Giuffre, who was at the time labeled as “Jane Doe #3,” claimed that Epstein required her to have sexual relations with Dershowitz on numerous occasions while she was a minor. Giuffre claimed to have had the encounters in Florida, on private planes, in New York, New Mexico, and in the U.S. Virgin Islands.

Dershowitz has vehemently denied the allegations.

These guys weren’t the only powerful Democrats who were “close” to Mr. Epstein.

Not by a long shot.

Bill Clinton “knows nothing” about the “terrible crimes” linked to Jeffrey Epstein, the former president’s spokesman said Monday, in Clinton’s first statement after new sex-trafficking charges were lobbed against the wealthy financier.

An indictment alleging sex trafficking and sex trafficking conspiracy was unsealed Monday morning against Epstein, the wealthy and politically connected financier who pleaded not guilty during his initial appearance in a New York City federal court. Prosecutors alleged that Epstein, the 66-year-old wealthy hedge fund manager arrested on Saturday, preyed on “dozens” of victims as young as 14.

“In 2002 and 2003, President Clinton took a total of four trips on Jeffrey Epstein’s airplane: one to Europe, one to Asia, and two to Africa, which included stops in connection with the work of the Clinton Foundation,” the statement said. “Staff, supporters of the foundation, and his Secret Service detail traveled on every leg of every trip. He had one meeting with Epstein in his Harlem office in 2002, and around the same time made one brief visit to Epstein’s New York apartment with a staff member and his security detail. He’s not spoken to Epstein in well over a decade, and he has never been to Little St. James Island, Epstein’s ranch in New Mexico, or his residence in Florida.”

…Meanwhile, Attorney General Bill Barr said he has recused himself from the matter “because one of the law firms that represented Epstein long ago was a firm I subsequently joined for a period of time.”

If you believe Former President Bill “Bubba” Clinton did not know about Jeffrey Epstein’s penchant for engaging in pedophilia, I have 2 bridges that cross the Mississippi River at Memphis to sell you….cheap!

Christine Pelosi, a Democratic National Committee official and daughter of House Speaker Nancy Pelosi, warned conspicuously on Saturday evening that it is “quite likely that some of our faves are implicated” in the “horrific” sex-trafficking case against politically connected financier Jeffrey Epstein.

Gentle readers, is it just me, or have you noticed how the Democrats have ratcheted up the baseless accusations against President Trump of racism and of being a “White Supremacist” since the news concerning Jeffrey Epstein became public?

Their behavior reminds me of the behavior of the guilty party in those old detective shows I used to watch on TV.

The guilty party would throw baseless accusations against someone else in order to throw suspicion off of themselves.

In the case of the President, several black Americans have come out in defense of him, rebuking the charges of racism which the Democrats and their Propaganda Arm, the Main Stream Media, have been repeating ad nauseum 24/7.

There is not evidence of racism during the life of President Donald J. Trump.

On the other hand, there are now 2,000 documents which have been unsealed detailing the involvement of high level Democrat Politicians with Jeffrey Epstein and his err…umm…”Island Vacation Service”, including an ex-President and his wife.

And then, there are the investigations concerning “Spygate” which will wrap up and issue reports soon.

No wonder Nadler is trying to impeach the President.

…and are about to fall in.

Get your popcorn ready. 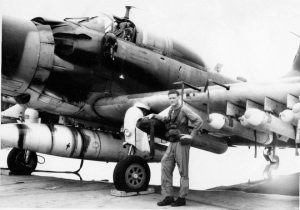