While we’re being distracted by the Mueller report release, other things are happening in the world.

What he said about Trump, by the way, was:

Q: Were/are you a supporter of Donald Trump?
As a symbol of renewed white identity and common purpose? Sure. As a policy maker and leader? Dear god no.

From the MSN article,

“We also appreciate that there will be a range of people, including reporters, researchers and academics, who will be in possession of the publication for a range of legitimate purposes, including education, analysis and in-depth reporting.  Those individuals can apply for exemptions, so they can legitimately access and hold a copy.”

If you find a copy of the “crude booklet” online, Mr Shanks says it should be reported immediately to the site hosting the material, such as Twitter, Facebook, Instagram or YouTube, and you should alert the Department of Internal Affairs.

Let’s come back to Trump for a moment. Actually, it doesn’t matter at all what some madman in New Zealand thinks about our president. One might ask how someone in New Zealand came to the conclusion that he is a “symbol of renewed white identity”? On the other hand, it’s hard to know whether he’s was just trolling the U.S. media for fun.

Any harmful content should also be reported to the Department of Internal Affairs: https://www.dia.govt.nz/web/submitforms.nsf/cencomp

What if me or someone in my family has viewed or shared the video or document already?

The most important thing is to check that anyone who has seen the footage or read the document is ok. We’re aware that a number of people shared them immediately after the attacks, before they had any opportunity to reflect on what they were doing. Others saw the video without looking for it, or shared it by accident. We support a common sense approach to enforcement agencies about this. In a recent public statement, Chief Censor David Shanks said the following:

“I don’t think New Zealanders innocently caught up in the social media storm following these horrific events need to be concerned. The enforcement focus will likely be on those actively and maliciously involved in spreading this material, and taking actions such as deliberately distorting it to avoid blocks and detection software.”

People’s concern now should be to ensure that this material is deleted, reported, and taken offline. It’s done enough harm already.

Are they OK? What if they’re not “OK?” The Chief Censor advises —

If you are distressed and need to talk to someone, please free call or text 1737. You can also call Lifeline on 0800 543 354 or text ‘HELP’ to 4357. Connect with your friends and community. Remain close to your loved ones.

I don’t know about you but I’m a tad stunned. Can you even possibly imagine what would happen in this country if, say, the Unabomber’s manifesto was illegal to possess? Heck! You can buy at copy at Amazon.com if you want!

The shocking thing for me is the realization that we’re not all that far behind New Zealand in this sort of censorship. 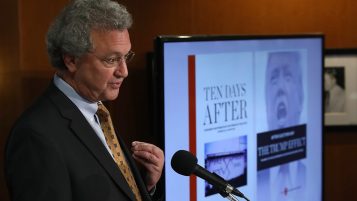