March 7, 2016 marked the start of a Mideast tour for then-Vice President Joe Biden. Biden began his trip with an appearance at Al-Dhafra Air Base near Abu Dhabi where he spoke to an audience of a few hundred airmen. During the appearance, Biden vowed that the United States would “squeeze the heart” out of the ascendant Islamic State.

The Los Angeles Times reported on Joe Biden’s visit at the time:

Flanked by an F-22 Raptor and an F-15E Strike Eagle fighter jet, Biden applauded Emirati authorities for their “stepped up and expanded” role in the anti-IS campaign.

“You capture the images that provide us with intelligence we need to target the enemy to protect our forces,” Biden said, as unarmed drones sat and taxied on the runway outside near radar planes and refueling aircraft.

What The Los Angeles Times failed to report on, however, was a rather unfortunate insult that Joe Biden leveled at the assembled troops when they failed to clap for one of his jokes.

Joe Biden to our troops: “Clap for that, you stupid bastards” pic.twitter.com/9sqYPhkh3S

President Trump took a massive amount of flak when The Atlantic published a fake story stating that he had referred to American troops as “losers” and “suckers.” The story was proven false within 24 hours as government officials who were actually present for the conversation-including Trump foe John Bolton-said the exchange never happened.

Here, however, we have former Vice President and Democrat presidential candidate Joe Biden literally calling the assembled American troops “stupid bastards” to their faces. The fact that the disrespectful moment is on video makes it impossible for the Biden campaign to deny.

Incidentally, Joe Biden blasted President Trump for his supposed insult to America’s troops, even going so far as to invoke the memory of his dead son to score political points.

“I’m always cautioned not to lose my temper. This may be as close as I’ve come in this campaign,” the former vice president said at the beginning of remarks billed as a response to the August jobs report. “It’s just a marker of how deeply President Trump and I disagree about the role of the president of the United States of America.”

I can’t help but wonder if Joe Biden lost his temper with the troops when he called them “stupid bastards.” How would Joe square this statement with his 2016 remarks?

Will Joe Biden receive the same amount of flak from the mainstream media for his “stupid bastards” comment? Somehow I doubt it. I have a feeling that this will be ignored by the likes of CNN and MSNBC.

It’s up to us to ensure that doesn’t happen.

Joe Biden, the man the Democrats have tapped as their candidate for President of the United States of America, called the troops that would be under his command “stupid bastards.”

This is a disgraceful moment from a man who would make decisions that would potentially send America’s fighting men and women into harm’s way.

I don’t expect the media will even demand an apology from Joe Biden for his disgusting comment.

Shame on you, Joe. 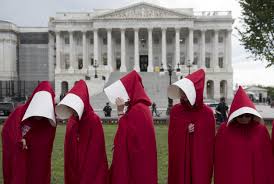