I’ve been playing a tiny bit of Hyrule Warriors while spending more time on Wyvern Tales, a homebrew title for the Atari Lynx. While not perfect or a system seller, it’s nice to finally have a proper RPG on Atari’s big handheld.

These will be a little light up top as the main body has a ton from the Nintendo Direct.

Gaming stuff today brought to us by, the Japanese-Italian plumber who is really a red-blooded American at heart:

Nintendo Direct 9/13 – If you ask me, this Direct was far better than Nintendo’s E3, but I’m sure a major Smash fan wouldn’t agree. That’s because E3 spent way too much time on Super Smash Bros., while this one was varied and full of something for everyone. I also think that the announcements have more impact. If you don’t have time to watch, here are the announcements:

Nintendo Switch Online Features Detailed; NES games will be available & will run in HD. But overall fans are not very happy with the various restrictions and odd decisions regarding cloud saves.

Animal Crossing Coming To Switch in 2019

NES Controllers Coming To Switch, Can Only Be Used Detached & For NES Games

Splatoon 2 Getting Major Update In October

Civilization VI Confirmed, Getting A Retail Release In The West

Arcade Beat ‘Em Ups Grow Up With Risk One’s Neck (PC/PS4/SW/XB1) – The beat ’em up genre has been enjoying more love and attention in recent years, apart from the release of the new TMNT arcade game. Now, Risk One’s Neck looks to give us a truly modern take on the genre with solid graphics and arcade style play. Slated for July 2019 & hopefully will find it’s way to arcades:

‘Violence due to revenge’ carries an unreasonable effect in which it tries to use magic to restore what in reality has already happened. by Erich Fromm

Homebrew of the Week: Sheep It Up! (Atari 2600) – One of the most vibrant homebrew development communities around belongs to the Atari 2600. Here is a unique game where you play as a jumping sheep that has to jump from one flying piece of velcro to another. Weird, but that’s how we liked our games back-in-the-day (Joust, Q*Bert…we could go on forever). This one will be released on cartridge through AtariAge.com.

Sheep It Up! is an arcade game where a sheep has to climb up by hanging himself to flying velcro straps. Press the button to jump! While in air, you can use left/right to move the sheep. Jump on the velcro straps (i.e the flying black bars) to move higher and higher.

The Saga Of Why You Should Buy Physical Copies Continues – Apple deleting purchases, giving no refunds

Brought to you by: American Grit combined with tech:

EU Declares War Against Free Speech & Thought With Article 13 – This week the EU was in the news for their celebration over passing the “Copyright Directive,” something that they hope makes memes illegal and collects sweet tax revenue from links, among other things. How did we get to this point? It’s a symptom of kowtowing to a generation of thin-skinned sycophants who find offense at everything. Dave Cullen has more about this directive:

EU Copyright Directive Passed: Is This How It Ends? Windows 10 To Warn Users About Using Competitor Browsers Like Chrome & Firefox – I’m old enough to remember when Microsoft became thisclose to being broken up as a monopoly, in part due to them pushing IE over the Netscape web browser. Now with the latest Windows 10 update, they either forgot, or don’t care, about the lessons that should have been learned in the past as they are now proclaiming that their competitors might be malicious & unwanted software. Of course, whether we’ll see legal action taken against them for this is something that remains to be seen, but my guess is that they’ve had plenty of meetings about this where they decided that it would be worth the risk to see how much they can get away with along with getting more suckers on board with Edge.

Uakitite, a Mineral Harder Than Diamond – Perhaps this can server as our “space pr0n” of the week, as a new mineral was discovered in a meteorite find that apparently outclasses diamond on the hardness scale. Deemed “uakitite” (pronounced “walk-i-tite”), this nitrogen-based mineral was formed in space, showing that celestial processes can create more materials than we’ve found on our little oasis Earth. I’m curious to know if there could be a connection with Venus…or if not, how Venusian materials fare on the hardness scale, since the unique & extreme atmospheric conditions there certainly have a unique effect on the elements and possible atomic combinations. Anyways, here’s some talk about this discovery:

UAKITITE – Did This Asteroid Bring a Mineral Harder Than Diamond?

You can buy Universe Sandbox 2 game here: http://amzn.to/2yJqwU6 Hello and welcome to What Da Math! In this video, we will talk about a newly discovered mineral called Uakitite. Support this channel on Patreon to help me make this a full time job: https://www.patreon.com/whatdamath Space Engine is available for free here: http://spaceengine.org Enjoy and please subscribe. 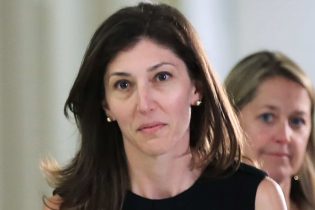