Sen. Bob Menendez, center, arrives to the courthouse with his children, Alicia Menendez and Robert Menendez Jr., in Newark, N.J., Wednesday, Sept. 6, 2017. The corruption trial for the New Jersey Democrat and a wealthy Florida eye doctor begins on Wednesday in Newark. The trial will examine whether Menendez was illegally lobbying for Salomon Melgen, who gave him political contributions and gifts including luxury vacations. (AP Photo/Seth Wenig)
69 Shares
Share68
Tweet
Reddit1
Email

As the holidays loom in the coming months, it is time to take a look around at the Year in Review. But this will be a different type of review as PU pays homage to the 12 Days of Christmas with his own 12 Days of Corrupt Democrat Politicians.

Because politicians of both parties are generally corrupt, some standards had to be established. Criteria for inclusion in the 12 Days list were:

Other criteria existed, but these were the critical issues.

With that, let’s get on to the 12 Days of Corrupt Democrat Politicians.

The 1st Day of Corruption

On the first day of Corruption, the Democrats gave to me……… “one Robert Menendez… on a flight to find prostitutes to screw!”

Robert Menendez is the senior Senator from New Jersey and has been in office since 2006 when he was appointed to the vacant office by another corrupt Democrat, Governor Jon Corzine.

From Day One in office, Menendez began to accept weekend and week-long vacations to the Dominican Republic, Florida and Paris with wealthy friend and donor, Salomon Melgen.  He and Melgen would fly together in one of Melgen’s private jets a total of 19 times.

While in the Dominican Republic, it was alleged that Menendez paid for underage prostitutes. Reportedly, he and Melgen engaged in sex parties on Melgen’s yacht and home.

The Feds came after Menendez, filing charges claiming that he and Melgen engaged in quid pro quo activities and bribery.

The trial of Menendez ended up in a hung jury.  He was not retried after the Supreme Court reversed the bribery conviction of Governor Bob McDonnell, stating that his actions did not meet the standard for an “official act”, when  the court ruled that simply “(s)etting up a meeting, calling another public official or hosting an event does not, standing alone, qualify as an official act.” Instead, the court said, an official act connoted the “formal exercise of government power, such as a lawsuit, hearing, or administrative determination.” After this ruling, prosecutors felt that they would not be able to get a conviction.

In April 2018, the Senate Ethics Committee finished an investigation of Menendez and found that it was likely that he accepted bribes.

Congratulations Senator Robert Menendez! You are the 1st Day of Corrupt Democrat politicians! 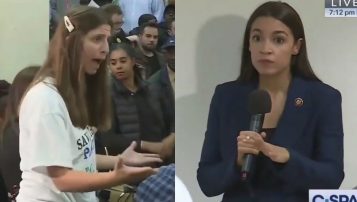