We have made it to Week 6 in the NCAA football season. After Saturday, half of the season is in the books.

This week is marked by several games featuring Top Ranked teams playing each other. The best of these will be the Auburn/Florida game which gets true SEC play going.

A number of teams have byes this week, preparing for conference play. But we will not miss them too much with everything going on.

So, enough with the b.s. Let’s get to PU’s Predictions!

Alabama finally made it to the #1 spot after Clemson barely won against North Carolina. Now, the Crimson Tide takes the week off to enjoy that #1 ranking. Next up is Texas A&M in a road game.

Last year, it was Syracuse almost upending a #1 Clemson. Last week, North Carolina missed defeating Clemson by a missed two point conversion play in the last seconds of the game.

The North Carolina game showed that Clemson cannot afford to take any team for granted in conference play. And, it knocked Clemson down to #2 in the rankings.

Clemson looked pathetic on offense for most of the game. The offensive line played terrible, with 6 pre-snap penalties while not being able to open holes for the running backs.

Trevor Lawrence showed none of the spark that he presented in last year’s National Title game, a worrisome weakness for a national title for the second year in a row.

The bye week comes at a welcome time for the Tigers. Maybe they can get their offense on track.

Georgia had a well earned week off last week after defeating Notre Dame in a tough game the week before. It allowed them to prepare for their tough SEC play coming up.

Tennessee offers nothing to stop Georgia’s offense. And the Georgia defense is stifling. This will be a rout. Georgia wins and COVERS the spread.

In one of several games on tap this week, two Top 25 teams meet in a conference showdown. Michigan State goes to Ohio State in an East meets West matchup.

West teams have beaten Ohio State and kept them out of the playoffs the last two years. The Buckeyes intend to stop that streak.

Michigan State goes into this game with Wisconsin, Penn State and Michigan in the near future. This stretch will define the season for the Spartans.

Expect Fields to carry the weight of the offense on his shoulders since the Spartan defense should shut down the running game.

Utah State goes to LSU as 26 point underdogs. Unfortunately, State does not have the benefit of using last week’s strategy for slowing down the LSU offense, having  another  bye week for the Tigers.

Joe Burrow has tossed 17 touchdowns so far this season and the Tiger’s have 231 points in four games. That is more touchdowns than previous Tiger teams have tossed the entire year.

Next up for LSU is Florida, so this is a good warm up game. LSU wins and COVERS the spread.

Oklahoma goes to Kansas in preparation for the following week’s matchup with Texas. The previous week, the Sooners manhandled Texas Tech, and this week will be no different.

Oklahoma will win, but because they are looking forward to Texas, they DO NOT COVER the spread.

WOW!!!! What a matchup for the weekend! Auburn meets Florida in a Top 10 and SEC season making game.

Auburn has shown itself to be a real team capable of ruining season hopes for other SEC teams. Having the toughest schedule of any team this year, this game will show just how strong they really are.

Quarterback Bo Nix is getting more comfortable in the offense and the defense is one of the best in the country. This is needed because Auburn has three road games, with the last at LSU, then hosts both Georgia and Alabama. If the Tigers can win three out of four of the big games, then they may play for the National Title.

Florida finally gets tested for real. And then they get LSU, South Carolina and Georgia. So the road ahead is challenging for them also.

It will be Florida’s defense that keeps them in the game. They have seven players with multiple sacks, and a defensive front that is as good as any in the nation.

Going against the consensus, Florida wins in an UPSET!

Here is an easy game to pick. Kent State goes to Wisconsin.

Wisconsin had a touch outing last week, relying upon the defense to provide 2 touchdowns to win. This week, there will not be that worry.

Badger running back Jonathan Taylor continues to perform well, with another 100 yard game. This keeps him in the Heisman hunt, but a long shot for sure.

Wisconsin wins and COVERS the spread.

Notre Dame bounced back big after their frustrating loss to Auburn. Their defeat of Virginia kept them in the national title hunt, but they will need a lot of help to get into the playoffs. Bowling Green will offer the Irish little competition.

The spread of 45 points for this game is just too much, but not because Notre Dame cannot score enough. The score only depends upon when the Irish decide to let up on the gas and rest.

Notre Dame wins, but DOES NOT COVER.

Texas is another team, hanging onto National Title hopes, but it also needs help from SEC teams knocking off one another.

Texas had the week off after defeating Oklahoma State two weeks ago. This break allowed them the chance to prepare not just for West Virginia, but also the upcoming Oklahoma matchup, which should decide the conference title.

Sam Ehlinger, the Texas quarterback, continues to impress with 16 touchdowns and only 1 interception. This week will add to those numbers.

Texas wins and COVERS the spread.

Penn State is trying to continue to be relevant by whooping up on Maryland last Friday night. But that is not going to help them in getting a spot in the playoffs.

Purdue comes to Penn State as 4 touchdown underdogs, so there is “no need to fear” for the Nittany Lions this week. Purdue is missing Elijah Sindelar and Rondale Moore to injuries, and that will severely hamper the Boilmakers.

Penn State will use this as a warm up practice before taking on Iowa, Michigan and Michigan three consecutive weeks. If the Lions pass those tests, then will come Ohio State on Nov 23. At that point, we will know how good or bad Penn State really is.

Penn State wins, but FAILS TO COVER the spread.

The Ducks entertain Cal at home after a much needed bye week. This is a Pac 12 North key game for both teams.

Oregon quarterback Justin Hebert will be going against a Cal secondary that has proven to be very tough on opponents so far. Oregon who is undefeated in the Pac 12 North needs the win before meeting one loss Washington later in October.

Cal already has a victory over Washington. If they can defeat Oregon, then the Pac 12 North is theirs for the taking. In a surprise Cal UPSETS Oregon.

In another Top 25 match up, Iowa goes to Michigan as a 4 point underdog. This game defines the rest of the season for each team.

Iowa has shown itself to be a good team with a strong offense. They have many weapons on offense with a strong trio of running backs to provide good yardage gained numbers. Their defense is even better, one of the best in the nation.

Michigan has not been the team that was expected in the pre-season. Their offense has been sporadic, and the defense not much better. This game is needed to restore some confidence in the team and in Coach Harbaugh.

Michigan goes all in and wins, but DOES NOT COVER the spread.

Washington goes to Stanford already having a loss to Cal in the Pac 12. One more loss, and the Roses are a memory.

Stanford had hopes for a good season, but injuries have derailed the team. Now, they just hope tp play spoiler.

Call this for Washington, but they DO NOT COVER the spread.

Boise State goes to Las Vegas after a bye week. They are missing their top tackler, middle linebacker Ezekiel Noa, lost for the season due to injury. The running game is strong and Robert Mahone and George Holani should be able to run freely against the Runnin Rebels.

No. 17 Utah – Bye Week
Utah comes to the bye week at a much needed time. The Utes need to allow injuries to heal before continuing towards a Pac 12 South title.

Next on the list is Oregon State before a tough game against Arizona State.

After losing in a stunning loss to Pitt two weeks ago, UCF got back on track, beating UConn 56-21. Now they go to Cincinnati to take on the Bearcats

Freshman quarterback Dillon Gabriel has stepped up and is playing well after stepping in when injuries to other quarterbacks left them unable to play. He has been a source of inspiration for the team.

The Bearcats have a decent team, with a very strong defense. If UCF protects the ball, they should win.

UCF needs the win for any hope of a New Year’s Day bowl.  UCF wins and COVERS the spread.

Arizona State takes the week off after defeating Cal 24-17 last Friday. Now, they prepare for Washington State on October 12, their third top 25 ranked team that they hope to defeat.

Oklahoma State began the season unranked, but have shown that they have the ability to play big. Losing to Texas two weeks ago, they bounced back defeating Kansas State, another unexpectedly good team.

Watch for Chuba Hubbard and Tylan Wallace of the Cowboys, they are fun to watch running with the ball.

Tech brings little to the table for this game and this season. Cowboys win and COVER the spread.

Say what?  Wake Forest plays football and is ranked? What is the world coming to?

Last time Wake Forest started 5-0, they found themselves in the 2006 season Orange Bowl. And with Louisville, Florida State and NC State on the schedule, they will find themselves in a December Bowl game.

Virginia needs the rest this week after a particularly tough loss last week to Notre Dame. They still hope for an ACC championship game berth, and if they get that, a December Bowl game. Anything else is asking for far too much.

Haven’t seen an SMU team play this well in a long time. At 5-0, they look to make it 6-0 when hosting Tulsa this week at home.

Expect Tulsa to give them a challenge. Tulsa tends to play them tough and should do so again.

SMU wins, but DOES NOT COVER the spread.

This bye week could not have come soon enough for the Aggies. They get to rest and prep for Bama on the 12th. But even that will not be enough as A&M gets another loss dealt to them by Top 10 teams.

That is this week’s look at the NCAA Top 25 games on tap. Should be another exciting week as the SEC conference games heat up. Enjoy the games and we shall meet again next week. Same Sparta Time, same Sparta Channel. 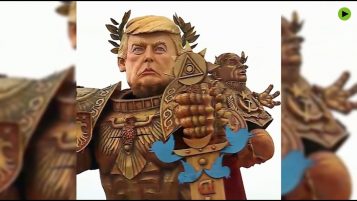