This is the bravest man on the Internet today. By evening he will no doubt have been doxxed.

1/ As a former CIA analyst and former NSC official who edited transcripts of POTUS phone calls with foreign leaders, here are my thoughts on the whistleblower complaint which was just released. . . https://t.co/MdMdanGME4

Mr. Fleitz continues (I left the spelling mistakes as well as the numbering mistakes)

3/ It appears that rules restricting access and knowledge of these sensitive calls was breached. This official was not on this call, not on the approved dissem list and should not have been briefed on the call.
3/ The way this complaint was written suggested the author had a lot of help. I know from my work on the House Intel Commitee staff that many whistleblowers go directly to the intel oversight committees. Did this whistleblower first meet with House Intel committee members?
5/ My view is that this whistleblower complaint is too convenient and too perfect to come from a typical whistleblower. Were other IC officers involved? Where outside groups opposed to the president involved?
6/ This complaint will further damage IC relations with the White House for many years to come because IC officers appear to be politicizing presidential phone calls with foreign officials and their access to the president and his activities in the White House.
7/ Worst of all, this IC officer — and probably others — have blatantly crossed the line into policy. This violates a core responsibility of IC officers is to inform, but not make policy.
8/ This is such a grevious violation of trust between the IC and the White House that it would not surprise me if IC officers are barred from all access to POTUS phone calls with foreign officials.
50 Shares
Share50
Tweet
Reddit
Email 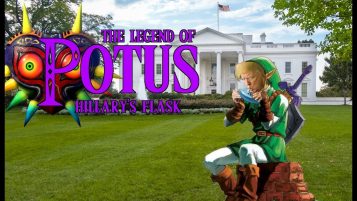