Speaking of ratings, MSNBC and CNN are in the dumpster. They lied to their Liberal buddies for at least 2 years, and their audiences no it. Under cooked Red meat, that in the end had no flavor. Serves them right. Left wing Media is in trouble and they are doubling down on failure

John Nolte reports for Breitbart.com that

The news just keeps getting worse and worse for the far-left CNN, which suffered a 16 percent primetime ratings collapse last month.

The embattled CNN, which always lands in far-last place and axed more than 100 jobs already this year, had about as bad of a ratings month as is possible in May.

Its primetime hours were only able to average a measly 761,000 viewers, while the fake news outlet’s total day viewers dove nine percent (compared to this same month last year) to just 559,000 viewers.

The most astounding thing, though, is that CNN’s ratings are already so low, it seems impossible they could dive any lower — and yet, they always do.

How does a nationally known brand like CNN, a brand that is decades old, only manage to attract 761,000 viewers throughout a gonzo news month in a country of over 300 million?

But this is just how far over the cliff CNN has gone… CNN has lost almost all of its viewers, all of its moral authority, and every bit of trust it once had. Over the past six years, as soon as Jeff Zucker took over, CNN got every major national story exactly wrong, including…

And in every one of those cases, CNN got it deliberately wrong because CNN is nothing less than a hysterical propaganda outlet, a fire hose of hate, violence, and lies…

Things are so bad at CNN that even though it is only competing with two other cable news networks, the fake news outlet’s top-rated program, Cuomo Prime Time, crash-landed in 25th place averaging only 938,000 viewers.

That’s right, the top 24 slots are all filled with shows from Fox News and MSNBC — and Fox holds seven of the top ten.

The insufferable Jake Tapper, the guy Zucker put at 4 p.m. hoping he’d act as a primetime anchor, as a lead-in for the rest of the night, landed in a pathetic 36th place with only 706,000 average viewers, which is 55,000 fewer viewers than CNN’s primetime average.

Among CNN shows, Tapper used to regularly place in the top three as far as total viewers. Now he’s in sixth place among his fake news colleagues.

How big of a fail is that?

During the first quarter of 2019, prior to the release of the Mueller Report (which debunked the media’s Russia Collusion Hoax and proved Trump did not obstruct justice),

Maddow averaged 3.1 million nightly viewers. Last month, after the release of the Mueller Report (which debunked the media’s Russia Collusion Hoax and proved Trump did not obstruct justice), she averaged only 2.6 million viewers.

That’s a loss of a half-million viewers.

I was going to ask you why this is happening, gentle readers, but you already know why.

CNN and MSN, like the rest of the Main Stream Media long ago abandoned any pretense of objectivity in order to become the Propaganda Arm of the Democratic Party.

Now that the Democratic Party has become nothing but a Far Left, Marxism-embracing, American-hating, special interest groups butt-kissing bunch of self-absorbed ungrateful American-haters, they have lost all credibility with average Americans.

So, why don’t clowns like Maddow, Tapper, and Acosta, their co-workers at the Propaganda Machines known as CNN and MSNBC and their masters, the Democratic Party, understand that attacking President Trump and Traditional American Values, such as Patriotism 24 hours a day, 7 days a week is why they continue to lose viewers and voters?

Simple. They are blinded by their egotistical rage.

From those who believed that Communism would be great for America back in the 1950s, to those in the 1960’s, who wanted to “tune in, turn on, and drop out”, and spit on our returning Servicemen, to those of the 1970s who were naive pacifists like their President, Jimmy Carter, to those in the 1980s, who were part of the “Me Generation”, to those whom we call “Progressives” (a misnomer) or “Modern Liberals” in our present generation, including Nancy Pelosi, Chuck “U” Schumer, Jerry Nadler, Bill and Hillary Clinton, and Former (Thank God) President Barack Hussein Obama and all of his minions, there has always been a minority segment of American Society, who despise everything that this land, which was given us by the Almighty and was fought for and died for by those before us, stands for, while they reap all the benefits of America the Beautiful.

While spending time on Facebook Political Pages, which I really should cut down on, as it tends to increase my blood pressure to Mt. Vesuvius Levels, I continuously encounter individuals who echo the sentiments of the Far Left self-proclaimed geniuses who cost the Democratic Party the Presidency and who believe that anybody who works hard for a living, believes in God and Country, and supports President Trump, is a Jingoistic imbecile.

In other words, being guilty of “patriotism”, i.e., believing that America is the greatest country on the face of God’s Green Earth and believing in American Exceptionalism.

And, since we “straight white males” are a very big voting bloc, “The Smartest People in the Room”, those in charge of CNN and MSNBC, and the brain-trust of the Democratic Party, including their Radical Hispanic Chairman, Tom Perez, are sentencing themselves to failure for the next several national elections….no matter how much fake news and propaganda idiots like Rachel Maddow and Jim Acosta and the rest of the Main Stream Media attempt to disseminate.

Hey! I just thought of something.

Being a Christian American Conservative and a Son of the South, not to mention a “straight white male”, I don’t stand a snowball’s chance in July of getting hired by CNN, MSNBC, and the DNC, anyway.

Which is a good thing.

Judging by the dwindling viewership of CNN and MSNBC and the horrible popularity numbers of the Democratically-led Congress, the rest of America’s Heartland doesn’t, either. 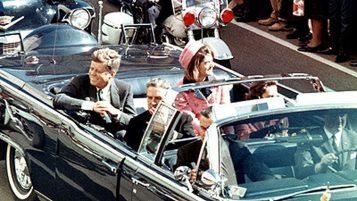