“Listen, and understand. That Terminator Media is out there. It can’t be bargained with. It can’t be reasoned with. It doesn’t feel pity, or remorse, or fear. And it absolutely will not stop, ever, until you are dead.”

Anyone sense a theme?

News media hopped from the laughable Steele dossier, to CNN’s bogus Don Jr. emails scoop, to BuzzFeed’s bogus Michael Cohen scoop, to the vile Covington smears, to the obvious Jussie Smollett hoax, and yet journos wonder why people say “Learn to code” when they finally get fired.

You and your media clown show don’t get to spend two weeks exploiting an obvious lie to abuse Trump supporters.

And then dictate terms when your lying and/or stupidity is exposed. https://t.co/2Ad76JWgRs

Listen and understand. Our Terminator Media has been on a mission to destroy Donald Trump, The Deplorables, our national sovereignty and all vestiges of American Exceptionalism for years, if not decades now.

Our Terminator Media are absolute ruthless and remorseless and will not stop until everything that has been considered a Traditional American Value has been laser-sighted and blown to kingdom come.

The Russia Hoax, the Kavanaugh Hoax, the Covington MAGA Hoax, the Jussie Smollett Hoax – these are just the obvious and the recent.

The bigger picture is fundamental cultural transformation of our society from a unified, cohesive high trust society into a Balkanized low trust society.

This post by Dr. Helen at PJ Media provides a pretty good summary of how fast and furious the descent has been:

David C. Rose argues that societal success depends on overcoming the challenge posed by rational self-interest undermining the common good. General prosperity requires large group cooperation, which requires trust, and yet as societies grow larger it becomes more difficult to sustain a high trust society. Culture uniquely addresses this problem by aligning individual interests with the common good, thereby addressing the empathy problem and the greater good rationalization problem. Culturally transmitted moral beliefs can sustain large group trust are akin to commonly owned asset by members of society and like any commons are subject to problems of abuse and neglect.

These problems are apparent in all societies, and Rose highlights a dilemma: while human flourishing requires the general prosperity that comes from a free market system and it requires freedom that depends upon democratic institutions, there is a danger of redistributive and regulatory favoritism that undermines trust in the system generally. This can lead to political tribalism that is shown to reduce trust in the democratic system. This tension has implications for social, political, and economic development.

I think the problem is that our political system is now so focused on favoritism towards some groups at the expense of others that our trust is eroding daily. Add into the mix that we have a huge population that has been turned against each other by the media and politicians and it is easy to see why people are wary of each other.

Somebody needs to start worrying about a different kind of “irreparable harm”–that being done to our social fabric by false accusations—especially those that aren’t found out … or those that receive huge publicity in the media until it turns out that they are false and then are quietly forgotten.

We are not a perfect country. Now and then ugly things will happen in 2019—though knock me over with a feather if they involve nooses, the KKK, or screams of “This is MAGA country.” But impressionable young people and immigrants are being convinced that Americans are far worse people than we actually are. Without a more realistic sense of the dangers of ordinary American life, we will all eventually lose our freedoms and our fortunes. Public trust is a precious thing.

Like The Terminator, the mainstream media is on a search and destroy mission: they are focused and relentless; they are programmed to function as the hunter-killers of trust, fairness and truth.

Yes the Covington “MAGA hat” hoax has been disposed and the Chicago “This is MAGA country!” hoax is in the throes of being stuffed down The Memory Hole as well, but Our Terminator Media always gets the last words.

And those words are:

1) Claim against Trump supporters
2) Media frenzy vs GOP
3) Every GOP must condemn!
4) Punchable face comments
5) Violence against Nazis is OK
6) When will the hate end!!!
7) Fact-gathering
8) Revealed as hoax
9) Forget 1) down memory hole
10) Repeat 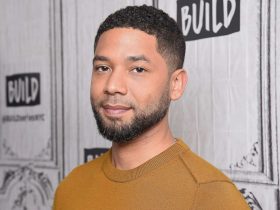