THE WALL IS UNDER CONSTRUCTION RIGHT NOW! https://t.co/exUJCiITsz

Did you ever think that you would live to see the day when those who were sent to our nation’s capitol to serve us cared more about those who wish to enter our country illegally than they do about American citizens?

The Pentagon will deploy 1,000 more troops to the southern border next week, a senior U.S. defense official said Friday afternoon.

The additional forces will bring the total to nearly 6,000 active-duty and National Guard personnel deployed in support of the Department of Homeland Security at the border with Mexico, one week after President Trump declared a state of emergency to free up funding for a promised border wall.

For years, it has been the practice to request approval from Congress before reallocating Defense Department funds, the senior defense official said, but also told reporters a congressional sign-off is “not required.”

More than 5,000 U.S. active-duty forces were ordered to the southern border in late October ahead of the midterm elections, and as a caravan of thousands of migrants traveled up toward the U.S. from Central America.

Since then, the mission has been extended two times.  Earlier this year, Acting Defense Secretary Pat Shanahan said U.S. forces would remain on the border through the end of September, due to the painstaking work of laying more than 100 miles of barbed wire, and offering aviation, surveillance and other support.

“We’re laying down another 140 miles of concertina wire, about 30 percent done with that,” the official added.

House Democrats pushed ahead Friday with a measure that seeks to terminate President Donald Trump’s emergency declaration that he issued last week in order to circumvent Congress and build his wall along the U.S.-Mexico border.

Rep. Joaquin Castro, D-Texas, chairman of the Congressional Hispanic Caucus, introduced a joint resolution in the House that would repeal the president’s declaration. The measure was filed during the chamber’s pro forma session, a senior Democratic aide confirmed Friday morning, since lawmakers are on recess and don’t return to Washington until Monday.

The measure has at least 222 co-sponsors, Castro said Thursday evening — representing more than enough votes to pass the House.

…If both the House and Senate were to pass the resolution, it would send a major symbolic message — but its impact would be limited to symbolism: administration aides have already made clear Trump would veto any effort that interfered with his declaration, and the measure is unlikely to attract anywhere near the GOP support needed to overturn a presidential veto.

So Democrats are pushing back on other fronts, looking to nullify the declaration by challenging it in court, with California, New York and 14 other states filing a lawsuit on Monday to try to block the move.

So, Castro’s measure has all the impact of breaking wind in a cheese factory.

This measure is simply an extenuation of the National Temper Tantrum by Democrats that began the night of November 8, 2016 when their “sure thing”, the presidency of Hillary Clinton was thwarted by “a basket full of Deplorables” who lived between the Northeastern “Beltway” and the Left Coast.

The thing is, this is not just a temper tantrum…this is a power grab, which started covertly with a small group of bureaucrats in the DOJ and FBI under the auspices of the Obama Administration and has now extended to our nation’s version of England’s House of Commons, the House of Representatives.

(Speaker of the House Nancy) Pelosi and a delegation of U.S. lawmakers were in Brussels on Monday and Tuesday to reassure European partners at a time when transatlantic relations have been deeply fractured by Trump’s criticism of allies and his unpredictability in policymaking.

Among the messages that Pelosi said she brought to the EU capital was that the U.S. president is not all-powerful. Of course, it was a lesson Europeans watched her teach Trump in the standoff over a recent government shutdown — where she forced the president to back down.

“We’re not a parliamentary government even though we’re parliamentarians,” Pelosi said at a news conference. “We have Article 1, the legislative branch, the first branch of government, co-equal to the other branches and we have asserted ourselves in that way.”

Dementia is a horrible thing, isn’t it?

Pelosi is not the Head of the Legislative Branch of our Constitutional Republic.

She is the Speaker of the House of Representatives, established by our Founding Fathers to be like the British House of Commons, that is, the LOWER House of Congress with the Senate being patterned after the House of Lords, or, the UPPER House.

The United States Constitution mentions the position of Speaker but gives it no unique powers.

Also, nowhere in the Constitution does it state that the three branches of government are “co-equal”. The president does not answer to congress. He can act on his own accord concerning matters of national security and foreign policy. And, the Judicial Branch, i.e., the courts, have the ability to overturn legislation passed by Congress.

And, while I’m thinking about it, did y’all ever hear Pelosi claim that Cryin’ John Boehner or Vichy Republican Paul Ryan was the equal of Former President Barack Hussein Obama?

Pelosi and the Dems have conveniently forgotten that King Barack the First acted on his own authority several times, including his work with DACA and several revisions of Obamacare.

As the first article in this post demonstrates, President Trump has full Constitutional Authority to build a Border Wall in order to protect our Sovereign Nation.

Whether Pelosi and the rest of the Democrats up on Capitol Hill want him to or not. 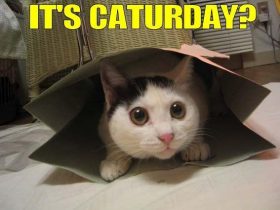