Chief Justice Roberts stated that, although, Ginsburg would not be attending oral arguments, she would participate in the current caseload by reading transcripts and working from home.

Ginsburg, 85, underwent surgery last month to remove two cancerous nodules from one of her lungs. Similar surgeries that Ginsburg underwent in the past had not caused her to miss oral arguments.

Ruth Bader Ginsburg also suffered a fall in November that left her with three broken ribs. That fall, while certainly serious, did not result in Ginsburg missing any oral arguments.

Tuesday’s announcement has caused Leftists to publicly worry about Ruth Bader Ginsburg’s house. Ginsburg’s death or retirement due to medical issues would result in President Trump appointing a third justice to the Supreme Court. This would ostensibly give the court a 6-3 split in favor of the conservative wing of the Court. Such a development would spell disaster for the Left’s tradition of judicial activism.

We here at Sparta Report wish Justice Ginsburg all the best, and we are praying for her speedy recovery.

Would a countdown clock of some kind be untoward in this situation? Asking for a friend. 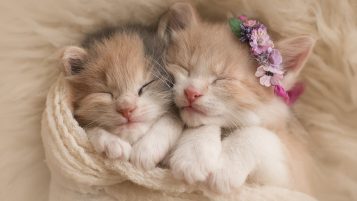