Washington, D.C. where everything old is still old.

The Associated Press reports that

On their first day in the majority, House Democrats on Thursday night passed a plan to re-open the government without funding President Donald Trump’s promised border wall.

The largely party-line votes came after Trump made a surprise appearance at the White House briefing room pledging to keep up the fight for his signature campaign promise.

House Speaker Nancy Pelosi said Trump and Senate Republicans should “take yes for an answer” and approve the border bill, which was virtually identical to a plan the Senate adopted on a voice vote last month.

Pelosi, who was elected speaker earlier Thursday, also took a shot a Trump, calling his proposal “a wall between reality and his constituents.”

Trump strode into the White House briefing room Thursday — the 13th day of the partial government shutdown —and declared that “without a wall you cannot have border security.” He then left without taking questions from reporters.

The appearance came hours after the new Congress convened, with Democrats taking majority control of the House and returning Pelosi to the speakership after eight years of GOP control. The Democratic legislation to re-open the government without funding the wall is going nowhere in the Senate, where Republicans want Trump’s endorsement before voting on a funding package.

Trump is demanding billions of dollars to build his wall along the U.S. border with Mexico, which the Democrats have refused.

Asked if she would give Trump $1 for a wall to reopen the government, Pelosi said: “One dollar? Yeah, one dollar. The fact is a wall is an immorality. It’s not who we are as a nation.”

In related story featured on Breitbart.com…

The New York Times reported: “Asked if she considers herself Mr. Trump’s equal, she replied, ‘The Constitution does.’”

The context of her remarks was a discussion of the equality of women — but Pelosi’s reference to the Constitution made clear that she was also making an argument about actual power as a matter of law.

In her inaugural speech to the House of Representatives on Thursday, Pelosi sounded a similar theme, calling Congress “co-equal” to the presidency:

“Our nation is at an historic moment. Two months ago, the American people spoke, and demanded a new dawn.

They called upon the beauty of our Constitution: our system of checks and balances that protects our democracy, remembering that the legislative branch is Article I: the first branch of government, co-equal to the president and judiciary.”

By inference, Pelosi seems to believe, the leader of the legislative branch is equal to the president in power.

Dementia is a horrible thing, especially if the demented individual is the Speaker of the House of Representatives.

As we say down in Dixie,

Her cornbread ain’t done in the middle.

First off, Pelosi is not the Head of the Legislative Branch of our Constitutional Republic.

She is the Speaker of the House of Representatives, established by our Founding Fathers to be like the British House of Commons, that is, the LOWER House of Congress with the Senate being patterned after the House of Lords, or, the UPPER House.

The United States Constitution mentions the position of Speaker but gives it no unique powers.

Also, nowhere in the Constitution does it state that the three branches of government are “co-equal”. The president does not answer to congress. He can act on his own accord concerning matters of national security and foreign policy. And, the Judicial Branch, i.e., the courts, have the ability to overturn legislation passed by Congress.

And, while I’m thinking about it, did y’all ever hear Pelosi claim that Cryin’ John Boehner or Vichy Republican Paul Ryan was the equal of Former President Barack Hussein Obama?

In fact, King Barack the First acted on his own authority several times, including his work with DACA and several revisions of Obamacare.

Remember the $1.7 billion that Obama paid the Mad Mullahs of Iran in 2016?

He certainly did not ask Congress’ permission beforehand. He just did it.

So, if Obama could give all of that money to our Sovereign Nation’s sworn enemy and a state sponsor of Radical Islamic Terrorism, then why can’t President Trump begin construction of a wall of our Southern Border without the “permission” of Congress in the interest of national security?

The entertainment value gleaned from watching the reaction of the Democrats, including Self-appointed “Queen” Pelosi and their Propaganda Arm, the Main Stream Media, would make it worth every penny, not to mention the fact that WALLS DO WORK. 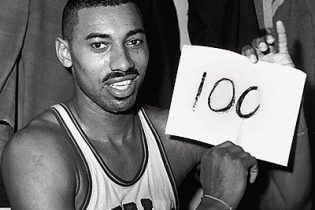