Some of us were having a spirited discussion Sunday in my article “The Big Deal” Government Shutdown Gambit. Athos’ comment was well reasoned and I thought it worth sharing. It is pretty well standalone but you can check out the notes for context.

Here’s the thing about the ‘wall’ immigration battle inside DC – and it also applies with Brexit – and is my answer to Mark’s featured comment [Note 1] as well as his answer to DEI. [Note 2][Note 3]

Yes, there was a direct vote / referendum on Brexit. But, the UK political and media establishment, their elite, don’t like the results of the vote. They didn’t win. So they are pulling out all of the stops to either ignore the vote results or force a second referendum where they know they will win (by hook or crook).

There was a vote on a strict immigration policy – including a wall on the extremely porous southern border. It was one of the key planks of Donald Trump’s campaign for President – if not the first and most central plank. It was the one that turned the globalist open border pro amnesty GOPe against him. It was the one who prompted his Democrat opponent to describe at least 46% of the nation as being xenophobic, islamophobic, racist, misogynistic, and generally utterly and completely deplorable. Yet with that vote, Nov 2016, Donald Trump won. The wall and the strict enforcement of our immigration laws was at the core of that win.

What happened here? Same as in the UK post Brexit referendum. The elitist establishment wanted to undo that vote. To ignore the results of that vote. Judges lined up to be activists as opposed to jurists and block the President’s legal actions to enforce immigration laws and establish temporary travel bans – as other President’s had legally done. California and other states, cities, and counties decided they had the power to nullify immigration laws – and declared themselves sanctuary’s where illegal immigrants were declared worth more than American citizens and legal alien residents.

DC political establishment continues to try to ignore the will of the American people regarding enforcing immigration laws, securing the borders, and not passing an amnesty. The American people revolted when it was tried in 2005. Nearly half the US states sued President Barack Obama when he unconstitutionally and unilaterally granted the ‘Dreamers’ amnesty.

And we see that not only in the US and UK, but also in those nations who embrace open borders – France. Belgium. Netherlands. Germany. Denmark. Sweden. Norway. Italy. All of those nations have been fundamentally transformed and damaged by open borders.

No, your concept of an Immigration commission isn’t viable. Because one side, the people’s side, isn’t going to be adequately represented unless a Donald Trump or a Stephen Miller is on it. And the political establishment will not accept either of them on it any more than they accept the Nov 2016 election results.

Note 1: Without repeating the entire post here, my concept was for President Trump to create a Commission whose responsibility was to develop and have passed a Bill that would recommend a complete solution for immigration that encompasses border security, DACA, birthright citizenship, and a path to citizenship for illegal aliens currently in the country. While President Trump would agree to sign any such Bill that reached his desk, he also would not be a silent on his views. The deadline for voting on the Bill would be January, 2020.

The idea is to elevate the discussion beyond the feud between Donald, Chuck, and Nancy. Just for fun, I threw out the idea of George W. Bush and Barrack H. Obama chairing the Commission.

No, “The real key here” is that, just like Brexit, the proles will not be allowed to derail “no borders” international Marxism.

Whatever you’d get out of any “Big Deal” will be so watered down as to be unrecognizable from the current status quo. 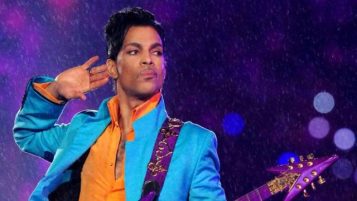