Are you still playing the same titles or have you moved onto something new? I’ve continued with some of the same titles – Castle of the Winds (PC), Splatoon 2 (SW) and Ghostbusters pinball – but also got a few others in. Downloaded the DLC for The Legend of Zelda: Breath of the Wild (SW) and began looking for the new armor sets; also found my Space Invaders arcade machine with a credit on it so gave a run at a high score. I didn’t end up with anything incredible but not too bad for my first play on the machine in months:

Thanks to Human_Being for sending along a few links. Featured Image – People enjoying arcade gaming on this Labor Day weekend

Xbox Loses Another One: Dead Rising 4:Franks Big Package Coming To The PS4 On Dec 5th

For That Special Someone Who Is Really Into Monster Hunter

In Case You Had Forgot To Care, Knack 2 Launches On The PS4 Tomorrow

Die Hard 64 ROMs Dumped – Would have been like Goldeneye 64, yippie-kie-yay

Oh this is music to my ears ❤?#RETROGAMING pic.twitter.com/E4T5x92atl

Nintendo Switch Racks Up The Exclusives – Having been a sales hit since it first launched this past March, it was only a matter of time before developments would really begin to take off for Nintendo’s latest console. Nintendo went on a bit of an announcement frenzy this past week with their indies showcase as well as PAX West taking place. As a friend of mine mentioned, TGS (The Tokyo Game Show) should be very interesting as the Switch continues to dominate sales in Japan and developers are certainly taking notice. Vita devs are already jumping ship to boot.

New Cuphead Game Footage (PC/XB1) – There were some mixed reactions from gamers out there when more footage of Cuphead came along at Gamescom recently. I imagine this is because we’ve only see cut trailers for it and not just how the game plays, thus expectations ended up fulfilled or shattered. For extra entertainment, check this video where the game journo attempts to play the game but they aren’t terribly good at it. Reminds me of an old boss I had who was the CEO of a company to sell arcade games but when I watched him play, his skill level was the equivalent of a 4-year old button masher. Pre-orders for this are open on GOG.com, the game finally launches on Sep. 29th.

Destiny 2 Live Action Trailer – More hype for Bungie’s sequel now with a live action trailer. Guess this sort of makes up for never getting that Halo movie…:

More Problems With Bethesda’s Modding Policies – I’m not sure that when a big company has come out on top when they’ve been trying to make cash off of these mods. Here’s the latest in regards to Bethesda’s paid mod debacle:

Homebrew of the Week: Ghouls ‘N Ghosts (Atari STe) – While US Gold handled some conversions of Capcom arcade games for the Atari ST computers back-in-the-day, said conversions were not terribly good. So, modern homebrew coders are reworking things to better emulate real CPS1 hardware (which also used a Motorola 68k CPU). Here’s the first effort in that regard, for Ghouls ‘N Ghosts and ST fans are impressed. Here are the original Atari ST & Amiga conversions in case you want to compare.

Immune Systems Have A Much Shorter Lifespan In Space

The Manta Ray Submarine – Underwater Warfare Of The Future?

Like Al Gore & Cold Weather, Hillary Endorses New Propaganda Platform Only For It To Be Immediately Subject To A Cyberattack

After Spending $120M, Luxury Juice Squeezer Maker Juicero Seeks A Buyer – Investors discovered that you could squeeze out the juice with the packets just as quickly as the $700/$400 juicer managed to do. This was another one of those “smart” products that essentially had DRM as a part of the juice packets. Guess it goes to show how dumb people will get over promises for better health.

The Logitech Craft Keyboard Introduces New Dial Feature – PC World calls it “truly innovative” although due to some software bugs in their preview copy they won’t give it a formal review yet. The Logitech YT channel has some videos showing off the features or there is this trailer here. I like some of the possibilities here:

The Slinky Treadmill – For entertainment purposes only

Nanomachines Drilling Into Cancer Cells – It still has a way to go as far as development goes for implementation as a treatment (such as how to make them appropriately target the right cells) but this Borg-like technology has promise:

MQS SD – The Newest Way To Listen To Music – With the advent of the internet, physical media for playing music has had a tough time finding success on the market. Cassettes and CDs had their day in the sun while superior formats like DVD-A never really went anywhere. Still, physical formats have their advantages so the music industry is still giving it a shot with the MQS SD. I guess we’ll see if this manages to gain some sort of foothold; I remember hearing that we’d see such a thing with movies and I’m not aware of that gaining any traction over Blu-Ray. I can’t say that I’ve heard about this new format anywhere apart from this video so the music biz will need to step up their game 😛

Space Pr0n of the Day – NGC 2442: With an umimpressive name, the galactic vista of galaxy NGC 2442 is a purty one. This galactic neighborhood lies a mere 50 million light-years away, with farther galaxies visible in the background 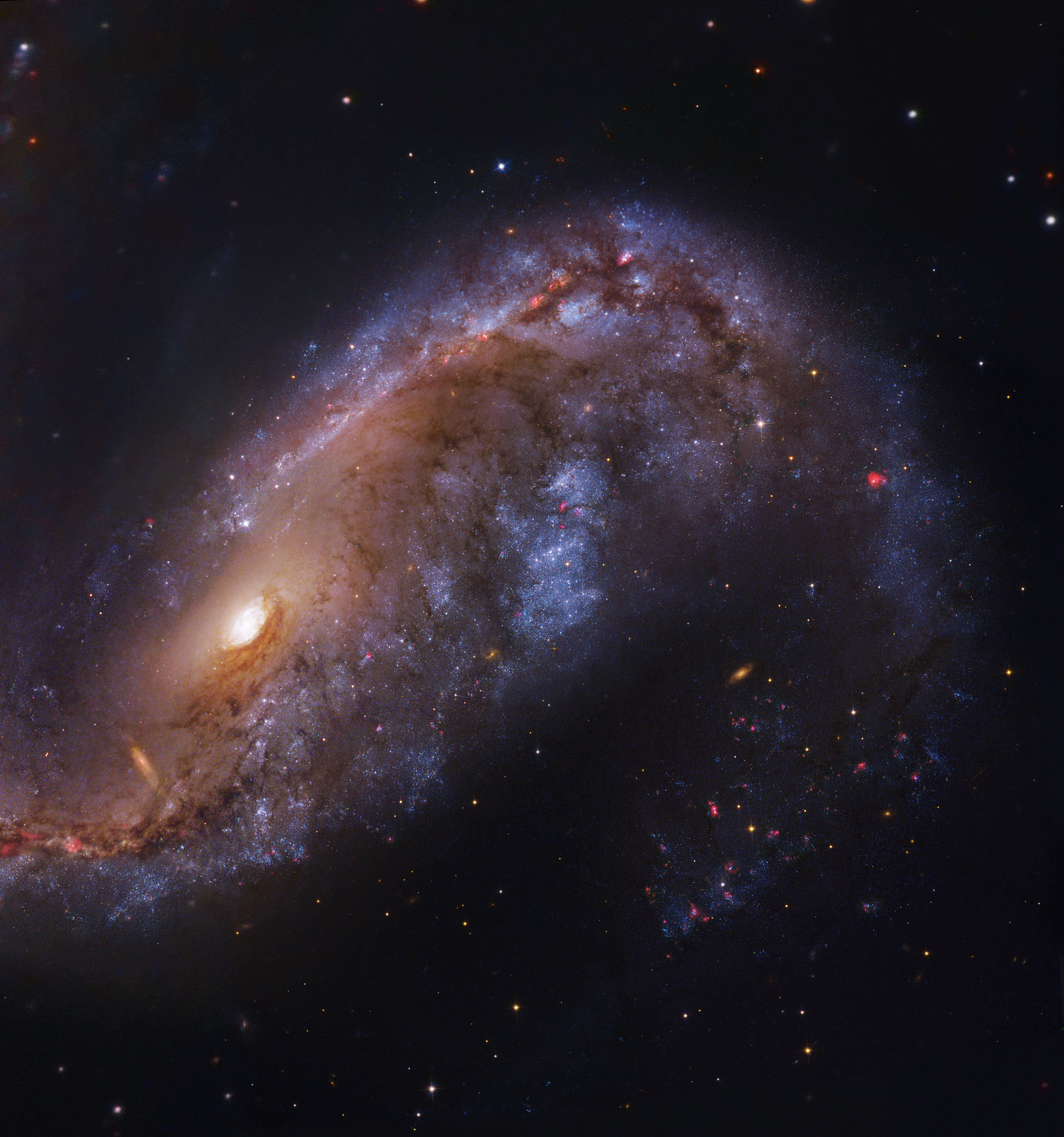