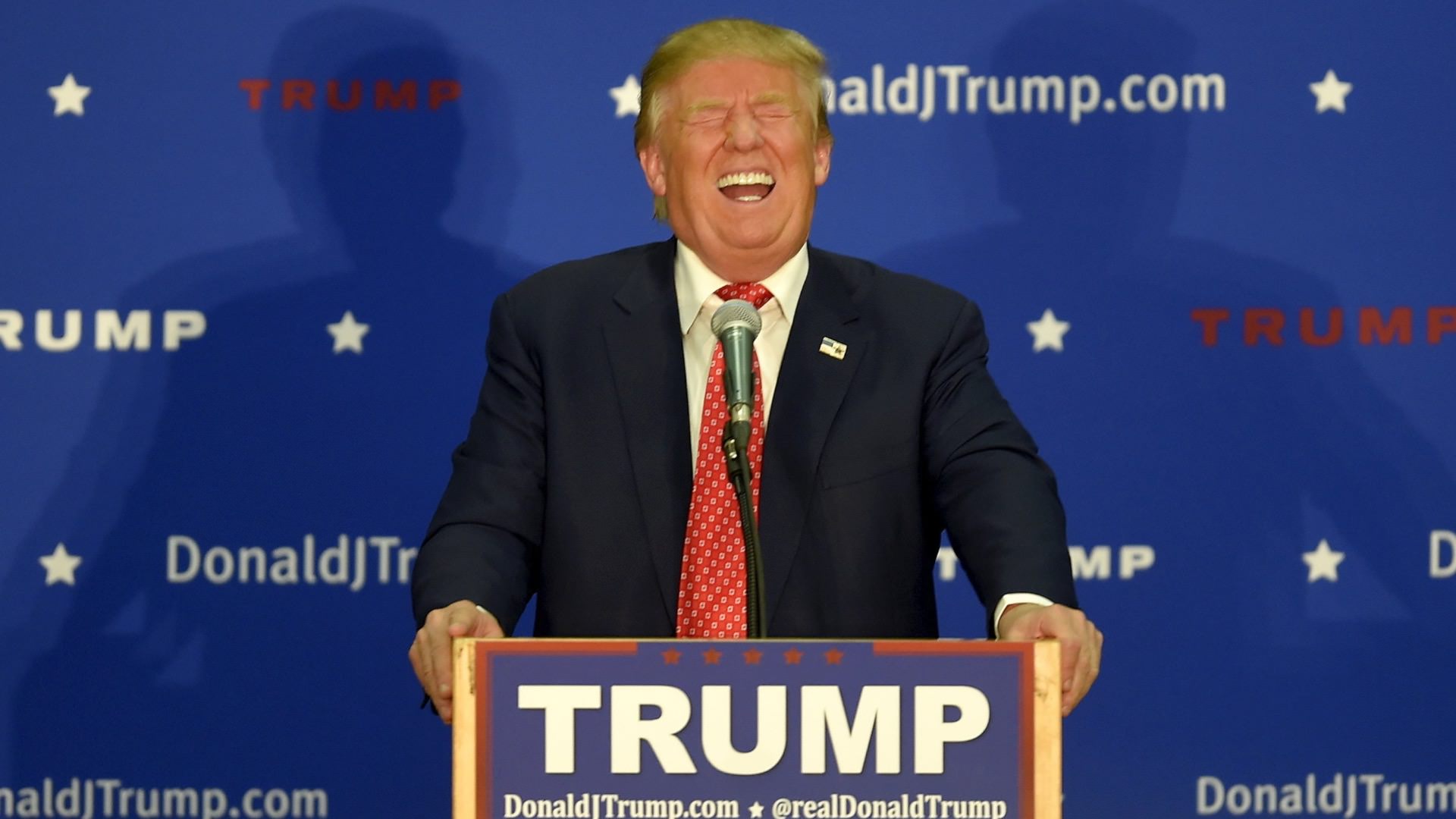 1.Oh liberal, where is thy sting? Where is thy power? Thou hast trampled on the necks of the people yet now thee whineth without cause? For behold, ye layeth the groundwork for your own demise as ye thought yourself smart and cocksure. Ye gaveth the power to government to crush thine enemies, and now that same government hast turned against thee and tramplest thee into dust!

2. For ye laid waste to thyself with thy love for filth and anarchy, which the people did spew from their mouths. Ye sought to tear down and conquer, to make sin a virtue, and virtue, a sin. Thou hast reaped thine own grave in a whirlwind, for the power that thou gavest government has now turned against you.

4. For Trump slayeth the dragon and renders righteousness against thee! Ye howl and gash thy teeth, but it was thou who laid the groundwork for thy own demise. For your false messiah doeth things contrary to the Law of the Land, giving himself power that the cucks happily concedeth.

5. But thou wast short-sighted and cocky as thou thought the presidency would go to a cavernous vagina and empty head. And now, the law that thou set forth is about to consume thee.

6. And Trump ordereth the Wall to be built, a beautiful Wall, with a beautiful entrance to allow those to enter in a sane manner.

7. And Trump ordereth his people to plan for the destruction of ISIS, the scourge of Syria.

8. And Trump ordereth the building or a pipeline that bringeth jobs to American people.

9. And Trump blocketh the terrorist in the Seven Nations from coming forth to the land of America.

10.And Trump ordereth the review of many agencies, and freezeth their hiring to weedeth out the sloth, and the ones who fight against America. To freeze out a woman who faileth to perform her duty.

11.But the cries of the louts of the EPA are delicious to the taste. For they whineth loudly that their fraudulent ways are brought into the light. They createth their own wetlands upon their face, and must be regulated by the laws they themselves maketh. Their oppression over the farmer, the rancher, and the quiet one cometh to an end. They thinketh that the rain the Lord sendeth is the province of government, but now they cry, and no one will hear.

12.And Trump moveth to destroy the pact of the devils of environment, and great will be the fall of that house. For they loseth billions and the well drieth up.

13.And the leaders of State are tossed aside, for great were their sins against America.

14.And to spite, Trump stoppeth the millions that the Kenyan sendeth to a terrorist entity, because the Kenyan was stupid and waiteth to the end. For the Kenyan was not wise and his character was wanting.

15.And behold! A woman traveleth to Syria, to expose the corruption of the Kenyan, and of the burner of Carriers. The Songbird singeth praises for rebels, who stand to be crushed. The muffin crumbles apart as an eggshell doeth when it strikes hardness. They runneth arms to our enemies, and cause death to an ambassador.

16.Then the time cometh when Trump speaketh to Putin, and vowed to end terrorism. For they bringeth death to the muslim terrorist in terrible ways, and there will be no forgiveness for the rapes they commit. He speaketh to May, to assist in the Brexit. He speaketh to Pena, who cowereth and stoppeth his travels, only to talk where no one heareth his capitulation. The leaders of nations seeketh Trump. Czechoslovakia and Hungary praise his win. Bibi and Sisi both seek his counsel and love.

17.And the liberal will lash out still, and loseth more because they refuse to believe they are idiots . They will cause pains to the flesh and mind, yet they will not be victorious.

18.And Trump gloateth on and smileth, for there remaineth 92 days of sufferings for the liberal, who knoweth not how to act. For their hate consumeth their logic, and their feelings consumed by rage.

19. There will be trials and tribulations which trieth the faith of the People of Trump, as the cuck and the liberal will not submit to truth. They will bray like jackasses, yet they pisseth in wind.