The Chinese Communist Party did this to our nation and our president. We will never forget that.

The global fallout from the coronavirus pandemic, which includes 34.4 million people infected and over 1.2 million lives lost, economic devastation and countless lives turned upside down, took a dramatic twist with the announcement President Trump was ill with what he has referred to as the “China Virus.”

Despite criticism from Trump and a handful of international leaders, Beijing has passed mostly unscathed by the world community even though it was slow to reveal to the world the true scale of the threat posed by the virus. The president and first lady Melania Trump’s infections could change that, according to experts.

“The POTUS/FLOTUS diagnosis is unprecedented. Its impact will be immense – and is difficult to predict,” Emily de La Bruyere, a senior fellow focused on China policy at the Foundation for Defense of Democracies (FDD), told Fox News. “What it should do is make that much more clear the degree to which China’s improper handling of COVID has devastated the global order, and the domestic U.S. system.”

Trump’s own views are likely to only harden about China’s early handling and well-documented cover-up in the early stages of the virus’s onslaught. Last month, he took center stage at the U.N. General Assembly (UNGA) with a pre-recorded message lambasting the Chinese Communist Party (CCP) and urging fellow world leaders to hold the government to account.

“The United Nations must hold China accountable for their actions,” Trump said in his eight-minute speech. “In the earliest days of the virus, China locked down travel domestically while allowing flights to leave China and infect the world. China condemned my travel ban on their country, even as they canceled domestic flights and locked citizens in their homes.”

“The Chinese government and the World Health Organization, which is virtually controlled by China, falsely declared that there was no evidence of human-to-human transmission,” Trump said.

Indeed, some policy analysts also point fingers at the United Nations for failing to hold Beijing responsible for the damage the virus has caused.

Dean Cheng, a senior research fellow at the Heritage Foundation, observed that while a number of European and African nations have joined in the call for a WHO investigation into the outbreak and spread of the virus, “the Chinese influenced the measure so that it is a survey of global responses, rather than one focused on Chinese failings.”

“No country has held China accountable. Some U.S. and European rhetoric have – but that rhetoric has not translated to action,” de La Bruyere lamented. “Instead of being taken to task, Beijing is, as China’s own policy documents put it, “seizing the opportunity” – setting international standards, shoring up influence over international organizations, investing in depreciated assets. And no one is conducting the necessary due diligence to uncover where and how this virus originated in China to make sure it doesn’t happen again.”

However, some U.S. lawmakers, mostly Republicans, are following the president’s lead in urging answers from China.

Earlier this year, Sen. Josh Hawley, R-Mo., announced the Justice for Victims of Coronavirus Act, which would make the Chinese government liable for civil claims in U.S. courts. The act would additionally enable U.S. courts to freeze Chinese government assets and launch a task force to examine the government’s role in the pandemic assault.

In addition, Rep. Dan Crenshaw, R-Texas, and Sen. Tom Cotton, R-Ark., introduced the Holding the Chinese Communist Party Accountable for Infecting Americans Act in a quest to amend the Foreign Sovereign Immunities Act (FSIA) to pave the way for litigation against a foreign state that deliberately conceals or distorts information about an international public health emergency.

And Republican Senators Marsha Blackburn, from Tennessee, and Martha McSally, from Arizona, added to the push by putting forth the Stop China-Originated Viral Infectious Diseases Act of 2020, designed to carve out an exception to sovereign immunity if a foreign state is alleged to have discharged a biological weapon, whether intentional or accidental.

The FSIA – which essentially protects one foreign government from being sued by another under the guise of sovereign immunity – complicates efforts to directly hold Beijing to legal account, international legal experts say.

But the multitude of critical questions surrounding coronavirus, its origins and China’s behavior regarding it, present new issues, say foreign policy experts.

What is China’s responsibility for this ongoing Worldwide Pandemic?

Do they expect us to still believe a Worldwide Pandemic started because a little old lady at a Wet Market in Wuhan Province in Communist China ate a diseased bat?

And, as a result, the coronavirus circled the globe within 2 months time?

Perhaps this modern-day plague did come from bats…only not in the way that the Chinese Government claims that it did.

Chinese government researchers isolated more than 2,000 new viruses, including deadly bat coronaviruses, and carried out scientific work on them just three miles from a wild animal market identified as the epicenter of the COVID-19 pandemic.

Several Chinese state media outlets in recent months touted the virus research and lionized in particular a key researcher in Wuhan, Tian Junhua, as a leader in bat virus work.

The coronavirus strain now infecting hundreds of thousands of people globally mutated from bats believed to have infected animals and people at a wild animal market in Wuhan. The exact origin of the virus, however, remains a mystery.

Reports of the extensive Chinese research on bat viruses likely will fuel more calls for Beijing to make public what it knows about such work.

“This is one of the worst cover-ups in human history, and now the world is facing a global pandemic,” Rep. Michael T. McCaul, Texas Republican and ranking member of the House Foreign Affairs Committee, said last week. Mr. McCaul has said China should be held accountable for the pandemic.

A video posted online in December and funded by the Chinese government shows Mr. Tian inside caves in Hubei province taking samples from captured bats and storing them in vials.

Now, I’m just spitballin’ here (And, I can do this because it is an “Opinion Piece”) but, it is beyond logic that “Mr.” Tian’s samples wound up in a certain local laboratory?

China’s most advanced virus research laboratory, known the Wuhan Institute of Virology, is the only declared site in China capable of working with deadly viruses.

“Certain laboratories in the institute have probably been engaged, in terms of research and development, in Chinese [biological weapons], at least collaterally, yet not as a principal facility of the Chinese BW Alignment.

…In 1993, China declared a second facility, the Wuhan Institute of Biological Products, as one of eight biological warfare research facilities covered by the Biological Weapons Convention, which China joined in 1985.

The Wuhan Institute of Biological Products is a civilian facility but is linked to the Chinese defense establishment. Mr. Shoham said it is thought to be involved in the Chinese Biological Weapons Convention program. China’s vaccine against SARS is probably produced there. – The Washington Times, 1/26/20

Now, I realize that I am just an ol’ cracka’. However, it strains credulity to the breaking point to ignore the coincidences of two related biological research facilities, along with a “gentleman” who just happens to research bat viruses in the Chinese Province where the diseased bat” which supposedly started a Global Pandemic was “consumed”.

Call me a cynic, but if you believe the Chinese Government’s story about the Wuhan Wet Markets that you probably also believe that the highly reported Chinese government-mandated abortions of girl babies, which has been occurring for several decades, is anti-Chinese Propaganda.

The Chinese still need to be held accountable for the Coronavirus Pandemic as well as those political figures and members of the Main Stream Media who have been defending them and covering for them.

Whether it was an accident or it was deliberate, all of those Americans and all of those around the world who have died deserve for the truth to be known and for responsibility to be taken.

It is a shame and it is unfathomable to think that President Trump and the First Lady contracting COVID-19 has to be the engine to start the Wheels of Justice turning against Communist China.

That should have happened months ago. 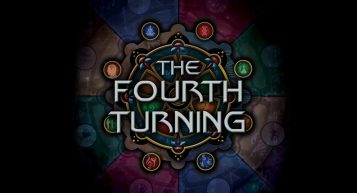