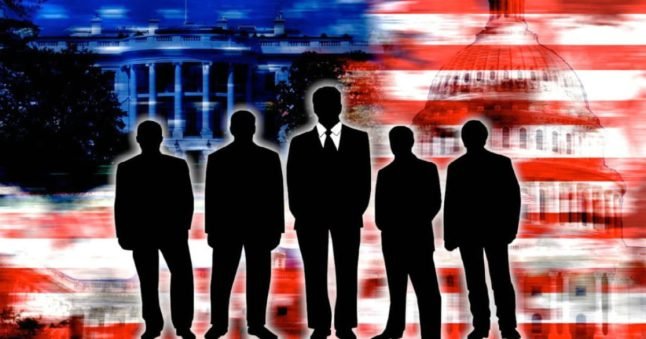 That being said, the intentional interference in the passage of Presidential Authority from one political party to another as the result of a fairly held election as prescribed by our Constitution can not be considered to be anything less.

And now, thanks to President Trump, we are about to learn the sordid details of the biggest attempt at sedition in American History.

President Trump on Tuesday said he has “fully authorized the total Declassification of any & all documents” related to the Russia investigation and the FBI’s investigation into former Secretary of State Hillary Clinton’s use of a private email server.

“I have fully authorized the total Declassification of any & all documents pertaining to the single greatest political CRIME in American History, the Russia Hoax. Likewise, the Hillary Clinton Email Scandal. No redactions!” The president tweeted Tuesday night.

“All Russia Hoax Scandal information was Declassified by me long ago,” Trump tweeted. “Unfortunately for our Country, people have acted very slowly, especially since it is perhaps the biggest political crime in the history of our Country.”

Last year, the president gave Attorney General Bill Barr authority to declassify any documents related to surveillance of the Trump campaign in 2016. Trump, at the time, also ordered members of the intelligence community to cooperate with Barr’s probe.

Allies of the president, including Republicans on Capitol Hill leading their own investigations into the origins of the Trump-Russia probe, have criticized officials like FBI Director Christopher Wray and CIA Director Gina Haspel, claiming that the directors have been blocking the release of documents.

The president’s tweets come after Director of National Intelligence John Ratcliffe declassified documents that revealed former CIA Director John Brennan briefed former President Obama on Hillary Clinton’s purported “plan” to tie then-candidate Donald Trump to Russia as “a means of distracting the public from her use of a private email server” ahead of the 2016 presidential election.

Fox News first reported that Ratcliffe declassified Brennan’s handwritten notes – which were taken after he briefed Obama on the intelligence the CIA received – and a CIA memo, which revealed that officials referred the matter to the FBI for potential investigative action.

“Today, at the direction of President Trump, I declassified additional documents relevant to ongoing Congressional oversight and investigative activities,” Ratcliffe said in a statement to Fox News Tuesday.

A source familiar with the documents explained that Brennan’s handwritten notes were taken after briefing Obama on the matter.

“We’re getting additional insight into Russian activities from [REDACTED],” Brennan notes read. “CITE [summarizing] alleged approved by Hillary Clinton a proposal from one of her foreign policy advisers to vilify Donald Trump by stirring up a scandal claiming interference by the Russian security service,” Brennan’s notes read.

The notes state “on 28 of July.” In the margin, Brennan writes “POTUS,” but that section of the notes is redacted.

“Any evidence of collaboration between Trump campaign + Russia,” the notes read.

The remainder of the notes are redacted, except in the margins, which reads:  “JC,” “Denis,” and “Susan.”

The notes don’t spell out the full names but “JC” could be referring to then-FBI Director James Comey, “Susan” could refer to National Security Adviser Susan Rice, and “Denis” could refer to then-Obama chief of staff Denis McDonough.

That referral was sent to Comey and then-Deputy Assistant Director of Counterintelligence Peter Strzok.

“The following information is provided for the exclusive use of your bureau for background investigative action or lead purposes as appropriate,” the CIA memo to Comey and Strzok stated.

“This memorandum contains sensitive information that could be source revealing. It should be handled with particular attention to compartmentation and need-to-know. To avoid the possible compromise of the source, any investigative action taken in response to the information below should be coordinated in advance with Chief Counterintelligence Mission Center, Legal,” the memo, which was sent to Comey and Strzok, read. “It may not be used in any legal proceeding—including FISA applications—without prior approval…”

“Per FBI verbal request, CIA provides the below examples of information the CROSSFIRE HURRICANE fusion cell has gleaned to date,” the memo continued. ““An exchange [REDACTED] discussing US presidential candidate Hillary Clinton’s approval of a plan concerning US presidential candidate Donald Trump and Russian hackers hampering US elections as a means of distracting the public from her use of a private email server.”

The memo is heavily redacted.

According to Ratcliffe’s letter, the intelligence included the “alleged approval by Hillary Clinton on July 26, 2016, of a proposal from one of her foreign policy advisers to vilify Donald Trump by stirring up a scandal claiming interference by Russian security services.”

Nick Merrill, Clinton’s spokesperson, called the allegations “baseless b———t” last week. A spokesman for Clinton did not immediately respond to Fox News’ request for comment on the declassified documents.

But Ratcliffe, in a statement released after the information was made public, pushed back on the idea he was advancing “Russian disinformation.”

“To be clear, this is not Russian disinformation and has not been assessed as such by the Intelligence Community,” Ratcliffe said in a statement to Fox News. “I’ll be briefing Congress on the sensitive sources and methods by which it was obtained in the coming days.”

A source familiar with the documents told Fox News on Tuesday that the allegation was “not disinformation.”

Another source familiar with the documents told Fox News that “this information has been sought by hundreds of congressional requests for legitimate oversight purposes and was withheld for political spite—and the belief that they’d never get caught.”

The source added that the Brennan notes are significant because it is “their own words, written and memorialized in real time.”

Meanwhile, last week, during a hearing before the Senate Judiciary Committee, Comey was asked whether he received an investigative referral on Clinton from 2016, but he said it didn’t “ring any bells.”

“You don’t remember getting an investigatory lead from the intelligence community? Sept. 7, 2016, U.S. intelligence officials forwarded an investigative referral to James Comey and Strzok regarding Clinton’s approval of a plan [about] Trump…as a means of distraction?” Graham asked Comey.

“That doesn’t ring any bells with me,” Comey said.

Graham questioned “how far-fetched is that,” citing the fact that Clinton campaign and the Democratic National Committee, through law firm Perkins Coie, hired Fusion GPS and ex-British intelligence officer Christopher Steele to author and compile information for the controversial and unverified anti-Trump dossier.

In the case of “Spygate” and the Russian Collusion Delusion, the Hierarchy of both the Department of Justice and the FBI did it to circumvent the will of the American People via the “overthrow” of a sitting president, thereby installing Hillary Clinton as the 45th President, thus protecting the status quo in the Halls of Power in Washington, DC.

Senator Graham is right to be suspicious.

Former President Barack Hussein Obama knew every detail of the Deep State Operation to spy on Trump’s Presidential Campaign and when that failed, to sabotage his presidency.

He was the boss of all of those who were involved in it, including Secretary of State Hillary Clinton..

Still, despite all of their unfathomable behavior and the cover of a Former President, they have failed.

All of those involved, including Former President Barack Hussein Obama, must be brought to justice and must face the consequences of their Seditious Conspiracy both before and after the election of the 45th President of the United States of America, Donald J. Trump. 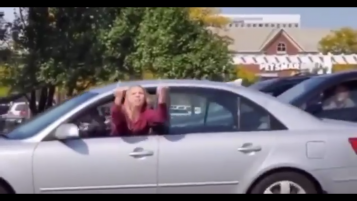