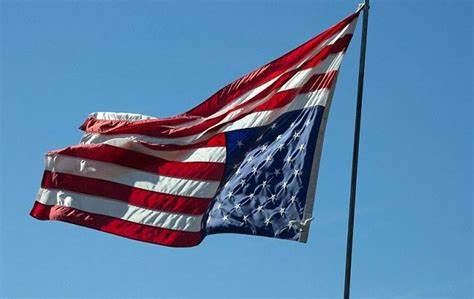 Hope for the best, plan for the worst.

in a drafty cottage, under the roar of wind and planes, Eisenhower penciled a note on a small pad in his tight, precise, hand that he would need to deliver if the invasion went wrong.

“Our landings in the Cherbourg-Havre area have failed to gain a satisfactory foothold and I have withdrawn the troops,” Eisenhower wrote. “My decision to attack at this time and place was based upon the best information available. The troops, the air and the Navy did all that bravery and devotion to duty could do. If any blame or fault attaches to the attempt it is mine alone.”

A lot of stock is being put in The Lightning Strike; the polls were wrong in 2016 so it stands to reason they will be wrong in 2020 too.

Well, OK. Here’s hoping that we’re in for Shocka Part 2.

But like Ike, Deplorables would be well advised to start giving a teenie, tiny sliver of thought to The Possibility that Ilhan Omar’s Legions of Fraudsters, the Donk Ballot Stuffers, The Risen Dead and the whole shebang of punditry that has Biden at 98% elected might be right and The Bad Orange Man is frog-marched outta The White House in an orange jumpsuit at 12:01 EST on January 20, 2021.

The Resistance did not spring up overnight in 2016.  It was a carefully planned and executed scorched earth Slow the March to Moscow Soviet-style strategy that began with The Long Election Night refusal to call for Trump until 3am followed by months of Obama sabotage, a planned out Hillary sulking Pussy Hat rally on January 21 and yadda, yadda yadda that goes on right to present day.

This is not an organic movement.

This was calculated and planned.

So what will we as Deplorables in Exile have for a counter-punch?

Don’t think for a minute that the RINO Elite, the Never-Trump, The Waiting in The Wings to be Minority Grifters GOP caucus or anyone remotely connected to feeding at The Swamp Trough or lapping up the spillage gives the ass of the rat about We Deplorables.

We’re on our own at that point and how do we mount A Resistance to the DNC Administration sock-puppeted by Dementia Joe.

Rush is dying; the Internets will be patrolled with a vengeance by Twitter, Facebook & Google Thought Police and I don’t see anyone with Trump’s mojo waiting in the wings to start tapping out “John has a long moustache” to The Hidden and the Well Dispersed.

I’m bringing this up now because if Things Go South they will do so with a fury.

So what can we do both strategically and tactically to mirror The #Resistance we have been vexed by for the last 4 years.

Buy more ammo, while all grrr grrr and woof woof, is not a comprehensive plan.

Think outside that box.

And if we can’t then what does that say about both us and our opposition?

What would you do personally as a means of Resistance?

What can we do as a Deplorable collective to move The Argument back our way?

Or do we just go along for The Ride and Enjoy the Decline?

When this nightmare is over, we need a Truth and Reconciliation Commission. It would erase Trump’s lies, comfort those who have been harmed by his hatefulness, and name every official, politician, executive, and media mogul whose greed and cowardice enabled this catastrophe.