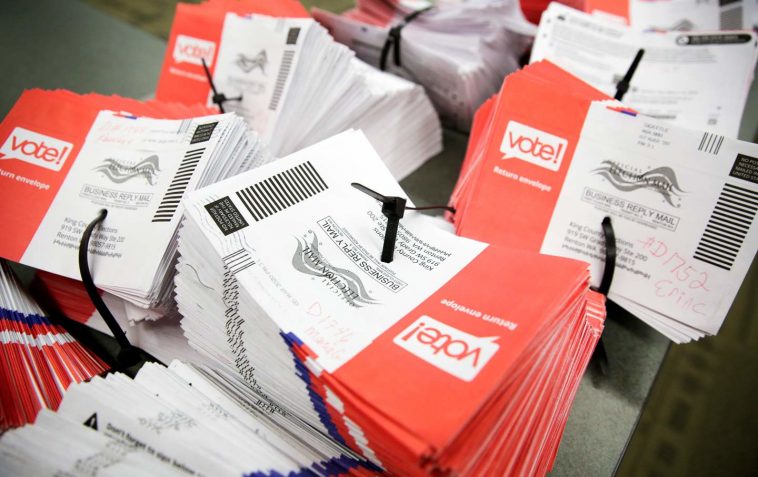 I have been extremely concerned for months about the relentless push by Democrats to force most states to switch to a mail in voting system. As most readers know, a mail-in system is notoriously unreliable and ripe for corruption.

However, Democrats now seem to be in a panic and trying to go back to in-person voting:

Thirty-seven percent of registered voters said they are likely to vote by mail in the November election, by receiving a mailed ballot and either mailing it back or returning it in person, according to a new survey released Tuesday by the Democracy Fund + UCLA Nationscape project.

Why does this matter? The Axios article linked above states that PA absentee votes have complicated requirements and FL voters are twice as likely to have an absentee ballot rejected if they’ve never voted that way before.

I think there’s a number of factors weighing in on this attempt to reverse course.

First of all, as noted above, half of Biden’s voters are voting by mail, while only a quarter of Trump’s voters plan to do so. This mirrors the attitude of the parties toward the COVID crisis. The Democrats are terrified and staying home, and are more likely to live in places with tough lockdown rules. Furthermore, the Democrats have been so relentless with the “STAY HOME, STAY SAFE” that refusing to go out has essentially become an act of virtue on the left.

Meanwhile, for the Republicans, mirroring the situation, going out and voting for Trump is seen as an act of resistance to the Democrats.The Democrats had clearly hoped to get equal numbers of Republicans and Democrats too terrified to go out, but that’s not the case, which creates what could be a significant advantage for the GOP in turnout.

The second big problem for them is that Amy Barrett is about to be confirmed to replace Ruth Ginsburg. An assumption that’s been floating around for some time is the left doesn’t really care about the election outcome and plans to cripple the process with lawfare and fraud as a prelude to launching a violent revolution barring a convincing Biden win. The problem is Barrett’s confirmation to the Supreme Court will close that possibility off permanently. With Barrett, the GOP will have a working conservative majority, making it difficult for stealth-liberal John Roberts to swing decisions to the left.

Barrett’s appointment should mean that Supreme Court will ultimately cut off the lawfare angle and make it impossible for the Democrats to block certification of the election results.

Another thing driving this situation is the Trump GOTV operation. Most readers probably know Trump has a massive GOTV “boots on the ground” operation. There is a huge Trump “door knocking” operation with Trump campaigners pounding the ground in key swing states like Wisconsin. The linked Politico article cites a number of one million doors per week.

In contrast, Biden has no ground game and no door-knocking operation. From Politico:

That divide may make it impossible for Democratic campaigns to deploy door-knockers even if they want to. Progressive Turnout Project, a deep-pocketed liberal super PAC that hired hundreds of field staffers to knock on doors in competitive states this year, began sending canvassers back into the field earlier this summer. The group soon faced a public resignation, a staffer who tested positive for Covid-19, and a revolt from lower-level employees over safety, as McClatchy first reported.

Last week, the group suspended all door-to-door canvassing and said their staffers — approximately 1,200 across 17 states — would focus on phone calls, texting and “relational organizing.”

As I noted above, “STAY HOME, STAY SAFE” has become an act of public virtue, so the Democrats are having problems getting volunteers to go out and do GOTV. Biden’s GOTV campaign is entirely virtual, operating under the untested theory that all GOTV can be done online. Personally, I believe the Democrats are motivated more by a mixture of virtue signaling combined with leaderlessness, laziness and ineptitude on the part of the Biden campaign. As several stories have noted, door knocking was a major part of the Obama operation.

I speculate what happened to change the Democrats’ attitudes on in-person voting is they probably ran some numbers or simulations of what a mail-in election would look like and came back with bad results. The problems noted above have been emerging for awhile, but it’s gotten concerning enough major party figures like the Obamas, Hickenlooper, and AOC have all come out and called for the Democrats to actually go to the polls on election day.

This suggests a grim election outlook in November for them, not just against Trump, but also for Congress and state legislatures. Their voters have to be badly confused with all the whipsawing back and forth between the narratives. Many of them will probably still be too afraid to go out and vote. Between the COVID panic and Biden’s “virtual” GOTV operation, their turnout may be a disaster on November 3. 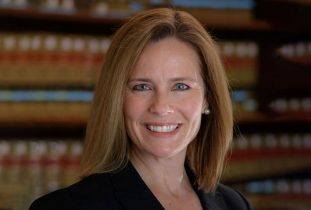