(Assuming that there is a football season)

Here are the Pre-Season Top 16 through 20 ranked teams in the nation. No real surprises here, although a couple of teams could make runs into the Top 10 under the right circumstances.

Outlook:  The Big 10 was one of the first conferences to make changes to their schedules under Covid football. For the 2020 season, the conference will only play 10 games total, all in conference. Left out of this will be non-conference Notre Dame, making for an easier schedule for a couple of Big 10 teams.

Minnesota was the surprise team of the 2019 season. Nothing was expected of them and they came from nowhere to disrupt college football. Now comes the difficult part, trying to duplicate the successes of last year.

To match their successful season from a year ago, the Golden Gophers will have to rebuild their defense. They bring back only two starters and with nearly all of the front seven needing replaced.

Ibrahim will be especially important to the offense. Seniors Rodney Smith and Shannon Brooks are gone so Ibrahim will have to pick up his output to offset their loss. He will have to gain far more than his 604 yards for the 2019 season, but he has the talent to do it.

The schedule favors the Gophers. They do not play Ohio State or Penn State during the regular season and they get Michigan at home.

October will be key for this team. Over two weeks, they play both Wisconsin and Michigan. Look for Minnesota to have a solid 10-0 regular season, but once again losing out in the conference championship game to Ohio State.  A New Year’s Day Bowl appearance is just waiting for them.

The Cyclones begin the 2020 campaign at a slight disadvantage having lost six starters on offense and five on defense. Four of the lost offensive starters were on the line. Only returning left guard Trevor Downing and center Colin Newell have more than 10 career starts.

Offensive firepower is diminished with the loss of wide receiver Deshaunte Jones and La’Michael Pettway. But quarterback Brock Purdy returns along with tailback Breece Hall, receiver Tarique Milton and tight ends Charlie Kolar and Chase Allen. If the line can be rebuilt where it can both protect Purdy and allow Hall to run, the Cyclones need only to learn how to win the close games and they will be in contention in the Big 12.

The defense also needs an extensive makeover after losing 6 defensive starters. Leading tackler Marcel Spears has left, leaving a huge hole in the linebacker corp. Mike Rose will be asked to step up his game and fill the void left behind by Spears leaving.

During the regular season, Iowa State lost five games by an average of just 3.6 points per game. If they can learn to win the close games, then they have a chance to make a big impact in the Big 12.

Give the Cyclones a nod for an 6-4 record in this Covid shortened season. It could be better if the losses to the offense and defense can be filled, but that is asking a lot. It could also be worse without the benefit of a spring session to determine who the best players are to fill in the gaps of lost players.

Flip a coin to see how the season goes and whether a bowl game is in the offing.

Outlook: Like so many other conferences, the Big 12 is going to a 10 game conference only schedule for 2020. This is both good and bad for teams, since each team is unable to get any games in before conference play begins. So many teams begin the season not really knowing what talent they have to win a conference title.

Former LSU defensive coordinator Dave Aranda joins the Bears as the new head coach. He must replace  nine defensive starters off the best defensive unit in the Big 12 last year. As if that were not enough, he must also retool an offense that sputtered at times, costing them the regular season game against Oklahoma.

Senior quarterback Charlie Brewer will be leading the Bears once again. Brewer has started 30 games for the Bears. He threw for 3,161 yards and 21 touchdowns for 2019, a remarkable feat in that his offensive line frankly sucked, which was last in the Big 12 for giving up sacks.

Joining Brewer in the backfield will be John Lovett, who has accumulated 1,673 rushing yards in 3 seasons. But Lovett could find himself redshirted this year with the depth that the Bears have in the rushing position. He must be able to compete against senior Trestan Ebner, sophomore Craig  Williams and  redshirt freshman Qualan and Jonah White to keep his position.

Receiver Tyquan Thornton could be a favorite target of Brewer. Thornton had 45 passes for 782 yards and five touchdowns in 2019 while playing behind NFL draftees Jalen Hurd and Denzel Mims.

For Brewer to be successful though, the offensive line will need to improve. They cannot continue to be last in the league in sacks given up.  Tackles Junior Connor Galvin and senior Blake Bedier will have to lead the line and provide the experience to stop the pass rush. Guard Junior Xavier Newman-Johnson is moving to center but faces a real challenge from redshirt Jason Moore.

The defense is where the biggest problems lie. Only two starters return.

Lineback Calon Bernard will be key to the defense. He led the team last year with 112 tackles, three fumble recoveries, 9.5 tackles, 4.5 sacks, five QB hurries and an interception. Jalen Pitre will be with Bernard with grad transfer William Bradley-King from Arkansas State playing the hybrid linebacker/stand-up end. Senior cornerback Raleigh Texad and safeties JT Woods and Christian Morgan fill out the secondary.

Up front is lacking in experience. The line features sophomore ends TJ Franklin and Gabe Hall and junior Chidi Ogbonnaya at nose tackle.

The defensive will have to jell quickly to succeed.

The Bears have a tough schedule going forward. They have road games at Oklahoma, Texas and Iowa State.  Plus Oklahoma State will be no  push over this year either.

Call this a 7-3 season this year under the best of circumstances. And a December Bowl game.

The Bearcats had an exceptional 2019 season, losing only two regular season games, both to Memphis on consecutive weeks. They return six offensive starters and nine defensive starters which provides for a solid base to approach the new season.

The defensive is in great shape overall. Elijah Ponder and Michael Pitts lead the best defense in the AAC. Safety James Wiggins is returning from a torn ACL and will add to the defensive strength.

The loss of linebackers Perry Young and Bryan Wright who combined for 181 tackles and 4.5 sacks will hurt and they will need to be replaced. But beyond this, all is good.

The offense has more problems to address than the defense. The first begins with quarterback Desmond Ridder.

Ridder returns as a third year starter, but he needs to remain healthy in 2020 for the Bearcats to reach their full potential. One of the best quarterbacks in the AAC, Ridder is more heavily involved in more plays than most other quarterbacks. In the last two years, he has thrown 636 passes and rushed 294 times.

The problem is that Ridder’s play involvement has taken a toll on him. He was injured in the 2018 bowl game against Virginia Tech and injured through most of Nov 2019, missing the first Memphis game. Expect him to take a lot of snaps this season, so for the Bearcats to be successful, he must be able to play when needed.

The good news is that Michigan transfer James Hudson will add to the offensive line, protecting Ridders.

Tight end Josiah Deguara and wideout Rashad Medaris are gone but the cupboard is not bare. Wide receiver Alec Pierce remains and will need to step up his play and shoulder a much great part of the responsibility for pass catching duties. Ohio State transfer Garyn Prater will be available to play after losing last year to injuries. Michigan State transfer Noah Davis should anchor the tight end spot.

The Bearcat season was to begin with three minor games against Austin Peay, Western Michigan, and then Miami of Ohio, then a Sep 26 Nebraska game. Now after Covid, only Austin Peay remains on the schedule. News team will need to be found to play or the Bearcats have a 9 game oschedule.

The conference schedule includes trips to USF, Temple and SMU, and with Memphis and Houston at home.

If the Bearcats can go undefeated and win the AAC title, they stand a very good shot at a New Year’s Day game. Expect them to have one regular season loss, probably to USF.

Outlook: The Mountain West Conference is taking a slightly different approach to the Covid season. They will play 8 conference games as normal, but only 2 non-conference games which are optional for each team. Final gameday schedules remain up in the air.

Boise State sailed to an undefeated season in the Mountain West last year, their first ever, and won the MWC title. Now, they try to repeat, but face some difficult times deciding who can replace six offensive and five defensive losses.

Quarterbacking for the Bronco’s will be sophomore Hank Backmeire who won 7 of 8 starts as a freshman. The problem is that Bachmeier held onto the ball too long and took far too many hits leading to injuries. Add this to losing four starting offensive lineman and it could mean a long season for the Bronco quarterback.

Hoping to relieve some of the pressure on Backmeier will be returning 1,000 yard rusher George Holani and receiver Khalis Shakir who caught 63 passes for 872 yards as a sophomore in 2019.

On defense, the Broncos must replace linebacker Curtis Weaver (13.5 sacks last season) and starting defensive linemen Chase Hatada, Sonatane Lui and David Moa. This group combined for 180 tackles and 25 sacks, so it will not be an easy chore to replace them. Fortunately, the Broncos have a solid group of linebackers and defensive backs returning, so the losses will not be quite so daunting.

To ensure a New Year’s Day bowl, the Broncos will need to go 10-0. This will entail winning against non conference opponents. The good news is that the Florida State game has now been cancelled as well as Georgia Southern, Marshall and BYU remain. BYU will prove to be the toughest challenge on the Boise State schedule .

Give the Bronco a 10-0 season and a conference title, provided that they can work out the offensive line problems and keep Backmeire healthy. A New Year’s Day bowl game is not out of the question. 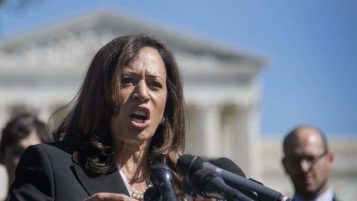