No matter how bad a week you’ve had, you can likely take comfort in the fact that you’ve never been forced to literally beg rioters to stop their shenanigans on social media.

Perhaps maybe you have. I won’t pretend to know what kind of life you lead, and I don’t judge.

Assuming, for the moment, that you haven’t been forced to grovel on the Internet to a bunch of rioters, looters, and thugs in a shameful display that would make even a Frenchman scoff in haughty derision, you’ve likely had a better week than Seattle Mayor Jenny Durkan. Mayor Durkan crawled on her belly, hat in hand, to implore Antifa to cease its violent shenanigans lest they face the wrath of the Trumpenreich.

I implore the public to please protest peacefully this weekend, particularly in light of the President making good on threats to send federal forces into American cities.

Mayor Durkan, of course, is referring to President Trump’s decision to send 150 federal law enforcement officials to the city of Portland to protect federal property while busting Commie skulls like it’s 1968. President Trump also announced plans to send federal personnel into Chicago to help stem the embarrassingly atrocious tide of violence turning that city into something more dangerous than downtown Fallujah.

The operation, code named Operation Legend, began in Kansas City on July 8. Operation Legend is named after LeGend Taliffero, a four-year-old boy killed June 9 when a hail of bullets tore through the walls of his apartment as he slept.

Operation Legend’s goal is protecting Americans from a rising tide of violence plaguing Democrat-run cities. Mayor Durkan, however, is more interested in protecting rioters than the citizens who elected her. Mayor Durkan continued her Twitter thread, no doubt struggling to type while literally shaking as tears streamed down her face.

Know that Police Chief @CarmenBest, @SeattleFire Chef Scoggins, and I will do everything in our power to protect our City and protect our residents. https://t.co/krpjuo1gPg

Mayor Durkan stood by as rioters and thugs carved out an autonomous zone right in the middle of downtown Seattle. She praised the newly established CHAZ/CHOP as something out of the “Summer of Love,” and sided with the protesters. Mayor Durkan stood by and watched as a predictable rash of assaults plagued the area in and around CHAZ/CHOP. Mayor Durkan blasted President Trump as an armed warlord ran guns and gave them to random people on the street. Mayor Durkan slept peacefully while at least five shootings took place in CHAZ/CHOP.

In fact, the only time Mayor Durkan acted to “protect” Seattle residents was when the same protesters who established CHAZ/CHOP made the mistake of protesting outside of her house. Only then did Mayor Durkan decide enough was enough.

Yet she wants to assure Seattle residents that she’s working to protect them.

Regardless of the President’s threats, residents can and should continue to demonstrate peacefully and make their voices heard. But we cannot pretend that his comments are just bluster.

In other words, Mayor Durkan knows President Trump won’t hesitate to call in the big guns if the “protesters” don’t clean up their act.

Our local, state, and members of our congressional delegation are all working to oppose these actions and prepare for immediate legal relief should it become necessary.

Translation: There’s nothing I can do to stop President Trump, so please for the love of God don’t start anything!

Mayor Durkan seems scared. I wonder if her lip was trembling as she tweeted this?

Wouldn’t the people burning down buildings and assaulting random people on the street be the ones jeopardizing community safety?

We’ve seen it firsthand in Portland. We cannot let it happen in Seattle. https://t.co/QWwELqYw8j

This is perhaps the most obvious display of gaslighting I’ve seen from a Democrat this week. Mayor Durkan chose this particular article for a reason. Note the scared, likely innocent young woman being dragged away to Orange Man Bad’s death camps by the brown shirt Gestapo. Surely you don’t want to bring these stormtroopers to Seattle?

Mayor Durkan has spent the entire Summer shirking her duties as the duly elected mayor of the former Emerald City of Seattle. She allowed thugs to literally stake their claim to a large chunk of Downtown Seattle real estate and declare themselves autonomous. Mayor Durkan only moved to stop the violence when Antifa literally showed up on her doorstep.

Mayor Jenny Durkan is a feckless coward whose unseemly display on Twitter is embarrassing and shameful.

Seattle needs to remove this woman, and fast. 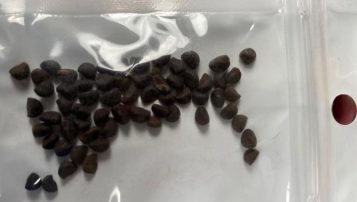