President Trump is getting ready to attend Fourth of July celebrations at Mount Rushmore this evening. The festivities will include speeches by President Trump and South Dakota Governor Kristi Noem, as well as a massive fireworks display, salutes to Native American culture, and performances by the US Air Force Academy band.

The venue at Mount Rushmore holds 7,500 people, but over 125,000 people have applied for tickets online.

President Trump will be the first president to visit Mount Rushmore for Independence Day festivities since President George H.W. Bush in 1991.

The Left has done everything it can to vilify President Trump’s appearance in advance. CNN is very concerned that the event could spread WuFlu to the far corners of South Dakota. Politico felt the need to point out that Native Americans don’t like Trump, and how dare he hold an event on land that was stolen from proud native people!

Then there was the DNC literally calling Mount Rushmore, one of our nation’s most recognizable landmarks, a symbol of white supremacy in a now-deleted tweet earlier this week.

Not a great look for an opposition party trying to win the hearts and minds of the masses in an election year.

The festivities are expected to kick off at 4:00 PM local time, 6:00 PM EST. You can watch RSBN’s live coverage of Mount Rushmore’s Independence Day event here: 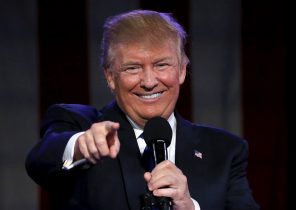